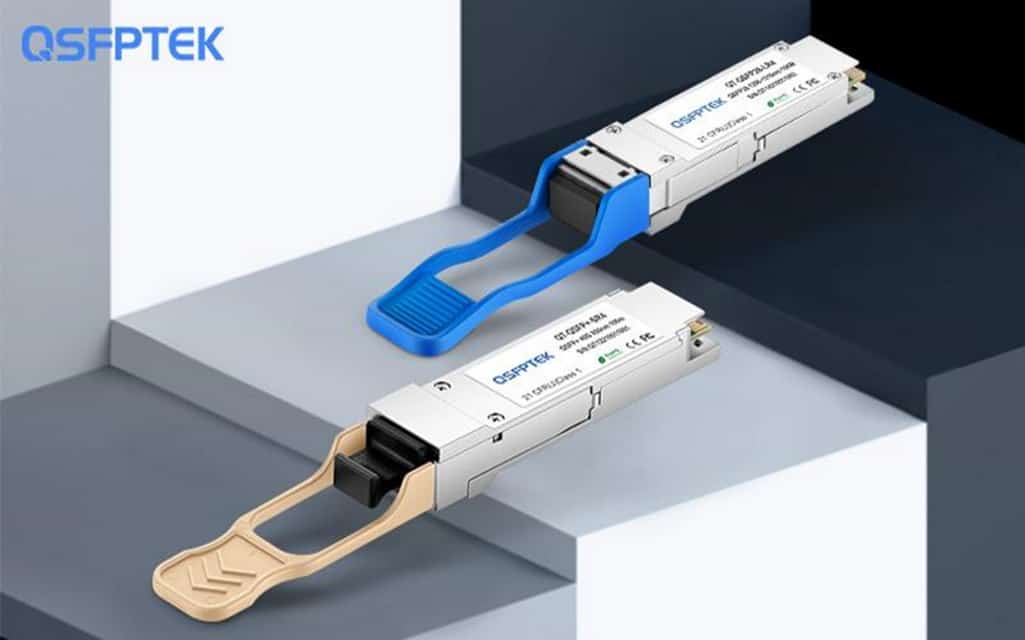 The 40GbE hierarchical structure and its position in OSI’s open system interconnection reference model are shown in the figure below. It is mainly composed of MAC, PCS, FEC, PMA, and PMD layers. The MAC layer corresponds to the second data link layer of the OSI reference model and is connected with optical cable or copper cable through Ethernet physical layer equipment.

The MAC layer corresponds to the data link layer of the OSI model, which realizes the network access, frame type identification, MAC addressing, and other operations, and completes the encapsulation/unpacking and sending/receiving of data frames.

Physical Coding Sublayer (PCS): PCS is responsible for the rate conversion between the corresponding media independent interface MII (media independent interface) and PMA sublayer. PCS sublayer mainly completes the functions of encoding and decoding, collision detection, and parallel-serial conversion: it completes the encoding of parallel binary data and transmits the results to the next sublayer. The interface between the PCS sublayer and upper layer is MII, and the PMA service interface is used for the interface with lower PMA. IEEE 802.3 working group has developed a low overhead multi-channel allocation (MLD) mechanism for PCs sublayer of 40G/100G Ethernet, which supports all physical layer devices of 40G/100G Ethernet.

PMA sends the coding results of PCS to various physical media and provides serial-parallel conversion services between PCS and PMD layer to complete link monitoring, encoding and decoding, and other functions. The serial data stream received from the PMD layer shall be converted into a parallel signal and sent to PCS. High-order PMA has a multiplexing function, but the actual high-order multiplexing operation is realized through PMD.

XLAUI interface is provided inside the PMA sublayer to provide flexible interconnection between 40G component chips or between chips and optical modules. XLAUI interface can extend the distance of interface bus between MAC and PHY devices in the 40Gb/s Ethernet system.

PMD is the lowest layer of the physical layer, which completes the scrambling and descrambling of the data stream and converts the electrical signal into a form suitable for transmission on a specific medium. PMD mainly realizes the physical connection of transmission media. Different PMD devices support different physical media. The media-independent interface MDI is located below the PMD. MDI is the real media connection device. PMD should realize the transmission of signals and shape, amplify and modulate the signals.

The function of the FEC sublayer is to encode the signal at the transmitting end and decode the signal according to the specified algorithm at the receiving end, so as to achieve the purpose of error correction. FEC exists only in backplane and copper applications. FEC can be located between PMA and PCS or within PMA.

The AN layer enables one connected device to have the operation mode of detecting the device at the other end, so as to realize joint operation.

Parallel physical interface (PPI): PPI is located between PMA and PMD sublayers. PPI is a multi-channel walkthrough interface with the self-timing function, using a 64B/66B coding mechanism. The effective data rate of each channel is 10Gb / s, but after 64b / 66b coding, the signal rate becomes 10.3125Gb/s. In 40g Ethernet Applications, there are four 10Gb/s transmission and reception channels at the same time.

40GBASE-KR4 specifies the specification of 40GBASE signal in backplane application, and the target distance of application is 1m.

40GBASE-CR4 is the specification for copper cable application. The target distance of the application is 10m. It adopts 4x10G (based on 10GBASE-KR) parallel mode.

Although the effective data rate of each channel is 10Gb/s, the coding mechanism of 64B/66B results in a signal rate of 10.3125Gb/s. Therefore, in backplane interface and copper cable applications, the PMD of 40GBASE-KR4 and 40GBASE-CR4 can transmit 40Gb/s Ethernet signals in two-way four different channels.

The layered reference models of 40GBASE-SR4 and 40GBASE-LR4 are shown in the above figure. The difference is that FEC and AN sublayers are not included in these two applications.

The PMA sublayer plays a key role in sending and receiving the number of PCS channels from the PCS sublayer to the appropriate physical channels of the PMD sublayer and media.

The above mentioned has introduced the hierarchical structure and physical layer specification of 40G Ethernet in detail. Whether you are looking for 40G QSFP+ SR4/LR4 optics or 40G Ethernet tech solutions, you will find them at QSFPTEK. Customer experience representatives and tech support are available round-the-clock to receive your orders and inquiries at sales@qsfptek.com.