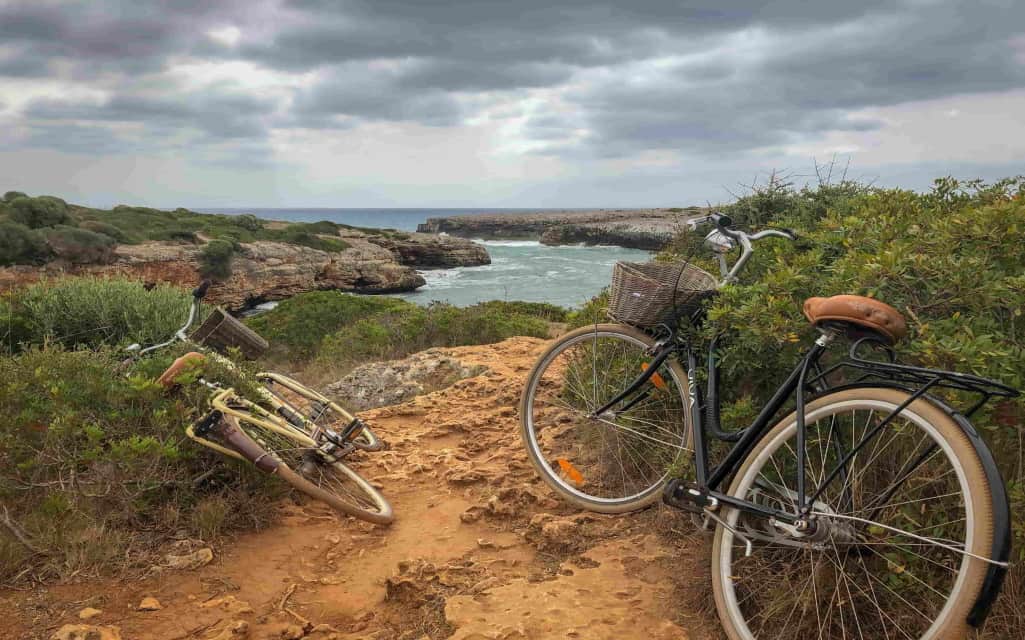 If you are a pedal-powered tourist, Europe has many treats for you. But, if you are like most of us, you can take only so many days off from work, so you probably have to settle for just one cycling holiday destination this year. To help you narrow down your choices, here are a couple of ideas.

This sunny Spanish island has been popular with partygoers and holidaymakers for a while. But, many don’t know that it’s one of the best places in the world for cycling.

Majorca is the number one training location for many world-famous professional cyclists. If you are a beginner, don’t let this fact intimidate you. The mixed terrain and sunny weather make it a great destination for amateurs and pros alike.

Whether you prefer flat trails or challenging accents, you will find the perfect route for you in Majorca.

No matter where you go on the island, you’ll find consistent gradients and smooth tarmac. The climbs of Puig Major and Sa Calabria are particularly popular.

If you really want to push yourself, do know that the Majorca 312 is one of the most famous challenge rides in Europe.

With more than 300 sunny days in a year, every season is cycling season in Majorca. And there’s plenty of things to see and do when you are not pedaling. All over the island, you can find world-class eateries that serve tasty Balearic dishes you are sure to fall in love with.

Pro riders train in Majorca, but they live in Girona. One of the first major cycling stars to move here was Lance Armstrong, who used Girona as his base for many years.

Exploring scenic routes around you without the traffic getting in your way is one of the greatest things to experience while cycling and Girona allows you to do just that.

Since Girona is not as touristy as Barcelona or Madrid, its great for those who want to avoid crowds. But don’t be surprised if you come across a peloton of world-famous cyclists during one of your biking escapades.

In every direction, there is impressive scenery and excellent, varied riding. For most of the year, the weather is hospitable. Almost all trails are in good condition and the drivers are courteous.

While the roads are quiet, the city is lively and vibrant. It has a good range of cozy hotels and a wide variety of top-notch cafes and restaurants.

In fact, many of the establishments in town are owned by pro riders. For instance, Christian Mieir and Rory Sutherland each have a cafe in the city.

The capital of the French riviera has been a synonym for excellent biking for over a century, ever since the fourth edition of Tour de France visited the city.

Famed for its beautiful coastline, outstanding cuisine, vibrant culture, agreeable climate, and excellent trails, it is one of the best destinations for a two-wheel holiday.

Trails such as the Col d’Èze, Col de la Colmiane, and Col de Turini feature notable ascents no cyclists can resist. If you are a fan of big climbs, the surrounding hills will be a real treat for you.

Along Nice’s coastline, lies one of the best cycling trails in Europe. Even in winter, routes such as the Col de Braus, Col de la Madone, and Col de Vence make for a great biking adventure.

If you prefer to bring your own bike to your overseas adventures, you’ll be happy to know that the city is really easy to get to. They even have bike stands in the baggage claim area at the airport.

During winter, Bormio is a popular ski resort. But, in spring and summer, it transforms itself into a paradise for cyclists.

On the edge of the town sits the legendary Stelvio Pass—one of the most photographed cycling roads in the world. This serpent of asphalt can be found on the bucket lists of many die-hard cycling enthusiasts.

If you like to mingle with other riders, you’ll be happy to know that Bormio is home to many amateur cycling events, the most notable of which being the Granfondo Stelvio Santini and the Stelvio Bike Day.

Bormio is definitely not soulless like most ski resorts. It’s a great town to be in when you’re off your bike. The beautiful medieval old town is a joy to explore and there are plenty of excellent restaurants and bars to relax in.

The whole country of Cyprus is one amazing cycling holiday destination. The cycling culture on the island is booming thanks to the government’s push to minimize the country’s carbon footprint.

And, since the weather is magnificent all year round, it’s no wonder more and more Cypriots are ditching their cars for bicycles. From undulating inland trails to smooth coastal paths, and everything in between, Cyprus has it all.

Along gorgeous settlements such as Paphos, Limassol, Nicosia, and Larnaca, there are many newly established cycling routes, as well as quality hotels, shops, restaurants, and bike rentals.

And, according to Cyprus’ official tourism portal, the country is continually adding new urban bicycle networks. If you are looking for less obvious but still magnificent cycling destinations, Cyprus is definitely one to consider.

Symtomax: Leading the Field in Medical Cannabis Production and Distribution in...