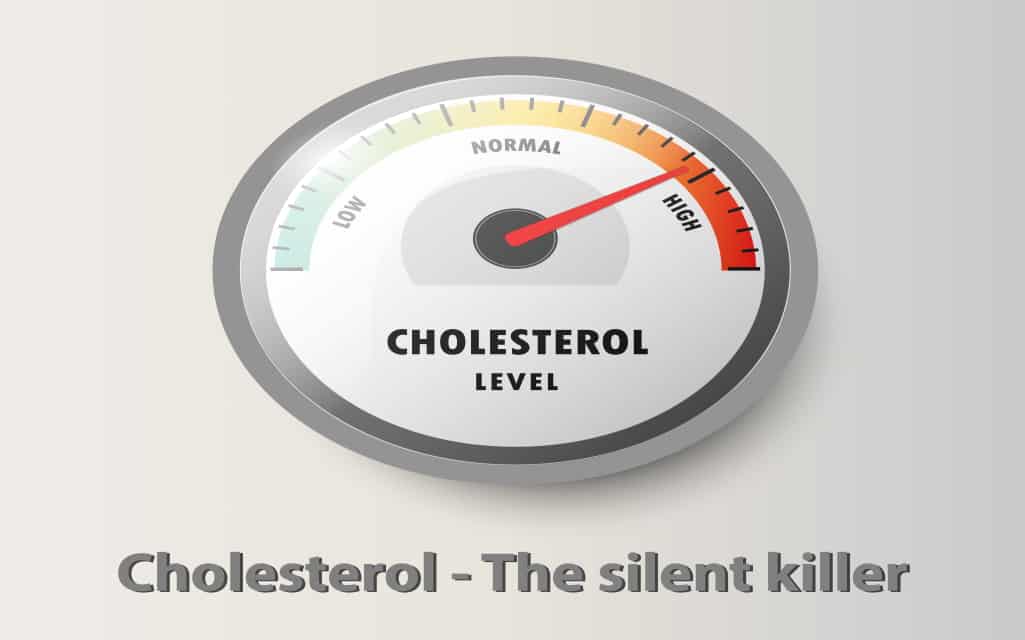 A healthy body relies on maintaining a balanced, moderate lifestyle. Avoiding the toxic compounds associated with smoking, taking regular exercise, and following a diet of high-quality, nutritional value provides the body with the basic formulae to promote efficient, healthy functions. Regulating cholesterol intake to ensure it remains at an acceptable level is a major factor in preventing heart disease, heart attacks, and strokes. Increasing numbers of people are diagnosed with high cholesterol and are prescribed medication such as Atorvastatin to help manage the condition. There are, however, various positive lifestyle changes which can be made to improve your cholesterol levels.

It’s a viscous, waxy substance that contains a high concentration of insoluble fat. It attaches itself to lipoproteins in the bloodstream and moves around the body through the circulatory system. Cholesterol is necessary to maintain several bodily functions but, in excessive quantities, it has a detrimental effect on the health of the circulation. Dietary intake is largely responsible for the proportion of good and bad cholesterol present in the blood.

Why Cholesterol is Essential

Cholesterol is vital in adding its adhesive qualities to the structure of each cell wall, making it strong and supple. It contributes to the formation of bile to aid the digestive system and assists the body in producing vitamin D. Cholesterol is also an essential compound in forming various hormones, including estrogen and testosterone.

How Cholesterol can be Harmful

In excessive quantities, cholesterol can increase the risk of an unhealthy heart and circulation. It adheres to the blood’s proteins in the form of tiny secretions known as plaques. When cholesterol is at an acceptable level, the blood remains free-flowing. However, if an excessive amount of cholesterol is present, blood cells are forced to carry greater numbers of plaques. Blood flow becomes inefficient and is further hindered when plaques break away. These cholesterol plaques stick to the interior of the arteries in a process known as atherosclerosis.

As they accumulate, the arteries become increasingly narrow and less flexible. Build up is often irregular with some sections of the arteries becoming severely restricted. It’s a gradual, silent process that passes unnoticed unless a blood sample is analyzed. This restrictive effect on the circulation is encouraged by consuming too much of the wrong type of cholesterol.

For long-term health, cholesterol needs to be maintained at an acceptable level. This is often accomplished by a variety of medications including statins, but these often have their own problems of debilitating side-effects. Fortunately, it’s possible to control cholesterol levels by merely replacing foods high in bad cholesterol with those containing good cholesterol.

Eggs are a valuable sauce of protein and vitamins A and D. They also benefit the immune system and relieve stress. An egg contains approximately 200mg of good HDL cholesterol, so choosing an omelet for lunch will help to regulate intake.

Shellfish such as prawns and mollusks contain vitamin B12, zinc, selenium, and polyunsaturated fat, which makes them perfect for contributing to a healthy heart. Shellfish include substances known as non-cholesterol steroids, which absorb harmful LDL cholesterol.

Organ meat, known as offal, includes kidney, tongue, liver, and heart. Liver is particularly nutritious, containing iron, vitamins B12 and B6, zinc, and copper. Offal can be made into tasty meals, such as sweetbread, tripe, or the Japanese dishes horumonyaki and motsunabe.

Rich in calcium and protein, full-fat yogurt protects the bones and teeth. It contains live bacterial cultures such as bifidobacterium and lactobacillus, which help to reduce harmful levels of bad LDL cholesterol.

Cheese is a source of protein and calcium but, due to its high saturated fat content, just one ounce also contains approximately 30mg of cholesterol. Eat moderate amounts of mature Cheddar or cheese with naturally low-fat levels such as Ricotta or Mozzarella.

5 Ways Your Healthcare Practice Can Use Social Media While Staying...