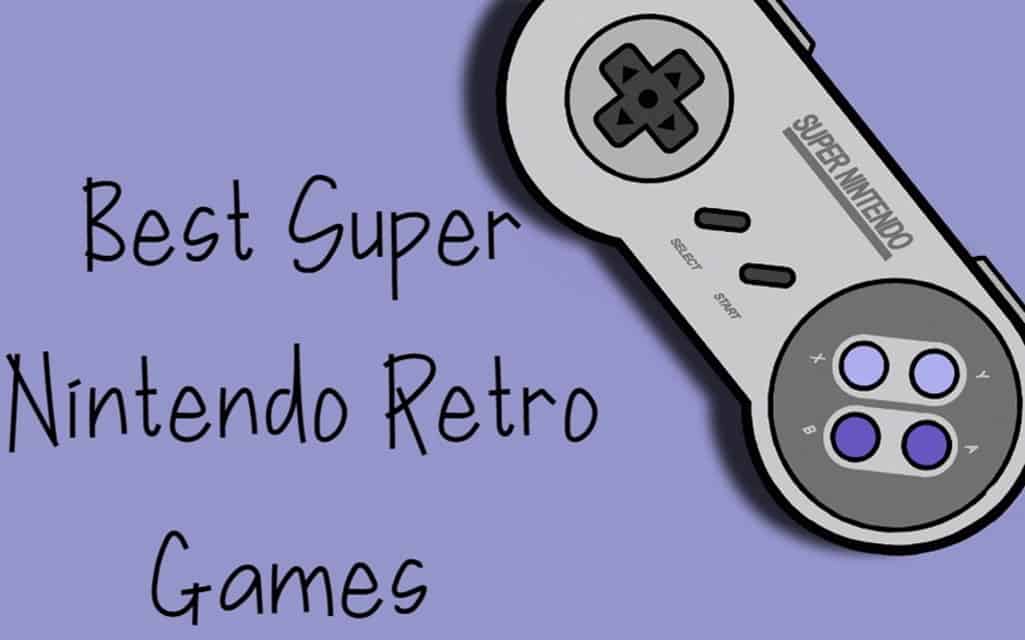 Super Nintendo Entertainment System (SNES) is a 16 bit home video game console developed by Nintendo was released in 1990 in Japan and South Korea and later in other countries. As soon as it was released it was a huge success. Nintendo sold 3,00,000 systems in its initial shipment within few hours making it the most successful launch in the history of video games.

SNES gave the youth an unconventional opportunity to play video games at home inexpensively. SNES is Nintendo’s second programmable home console which was followed by Nintendo Entertainment System (NES). The console came up with advanced graphics and sound capabilities compared to other systems of that time.

The system brings back the favourite childhood memories.

To highlight the missing classics, here is a list of the 5 best games that Nintendo had to offer.

Super Mario RPG is a role-playing video game is developed by Square and published by Nintendo. This game was the final Mario game and was published for the SNES.

The story of Super Mario RPG focuses on Mario(the main prologist) and his friends who set out to rescue Princess Toadstool invading the castle to which she has been taken after being kidnapped. Mario and his friends also are keen to defeat Smithy, the person who crashed into their world and stole the seven-star pieces of Star road. ( a pathway that helps grant people’s wishes).

Super Mario RPG was acclaimed by critics and was praised for its 3D graphics and humor.

The Shadowrun is a science fantasy tabletop role-playing game that is set shortly of a fictional universe. Here cybernetics, magic, and fantasy creatures co-exist. The game unites genres of urban fantasy, cyberpunk, and crime with rare elements of detective fiction, conspiracy, and horror. Shadowrun remained the most popular role-playing game.

Shadowrun takes place in the future after several decades in the year 2050 followed by a great change that has brought magic to the world. The story consists of the emergence of magic, outbreak of plague, computer crash on 2029, Euro Wars, fevers of independence of Amerindian tribes, Chinese province, and many more struggles that kept Asia and Europe Government falling. The United States was broken into substates, monetary value was lost. The world had to rebuild.

It is a role-playing game developed and published by a Japanese company Square for the SNES. Final Fantasy III is the sixth main game of the Final Fantasy series.

Final Fantasy features fourteen playable characters which are the most of any game in the main series and secondary characters that are briefly controlled by the player.

Final Fantasy III is laid out in the world of prominent steampunk influences. The social structure is like the latter half of the 19th century with opera and fine arts patterns throughout the game. The technology level is comparable to Second Industrial Revolution

4. The Legend of Zelda: A Link to the Past

It is an action-adventure game. It is the third game in the Legend of Zelda series.

Players take the role of Link, a young man who lives in his uncle’s house south of Hyrule Castle. Princess Zelda is a descendant of Seven Sages. A Link to the Past focuses on Link as he travels to save Hyrule, then he defeats dark lord Ganon and finally rescues Seven Sages.

The Legend of Zelda: A Link o the Past was a critical and commercial success. It is considered the greatest video game of all time. over 4 million copies were sold worldwide.

Earthbound is the most charming and strangest role-playing video game by Apc Inc. and HAL Laboratory and published by Nintendo.

In the game, the player controls a group of characters who travels through the two-dimensional world of the game, which is composed of villages, cities, caves, and dungeons. The player fights battles against enemies and the experience points of victories are received by the party.

After releasing in Japan, it was released in the US in 1991. It’s the best-selling gaming console of its generation. These were the finest and most successful games by Nintendo. Even now, the SNES games take everyone to their good old days. These games take us down memory lane.