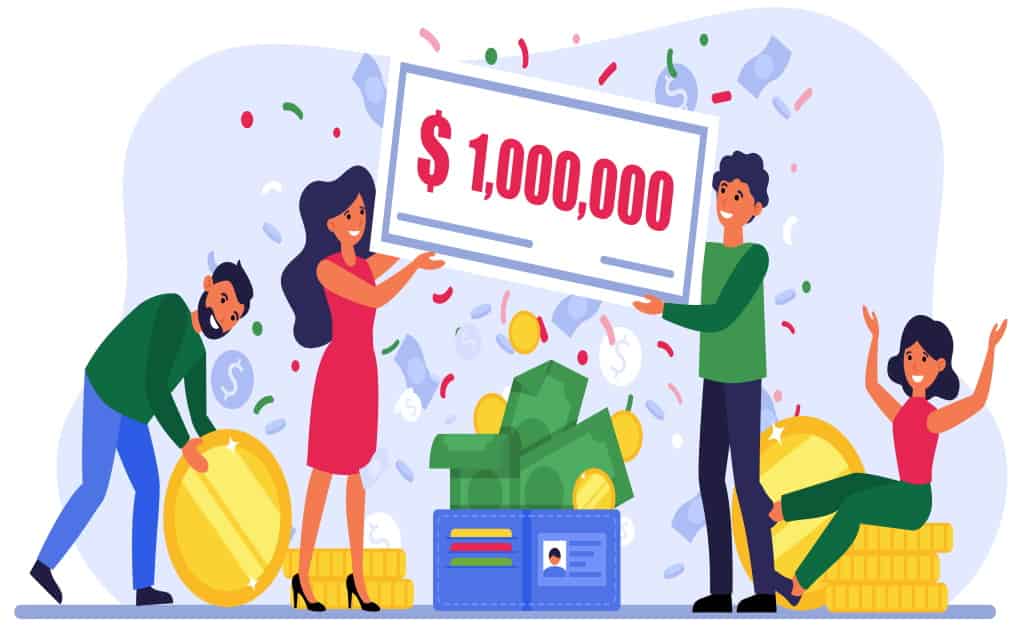 Despite the lottery being a game of chance, many people have won big jackpots. The big wins serve as an encouragement for other bettors to keep trying because they have a chance of winning. But you may be curious and ask yourself: Who are the biggest lottery winners? Well, stay tuned for a comprehensive review of the five biggest lottery prize winners.

John and Robinson, Maureen Smith and David Kaltschmidt, and Marvin and Mae Acosta

The biggest lottery draw won the world-record Powerball jackpot and had three winning tickets for the above individuals. The exact amount won in the lottery was $1.586 billion.

The amount was split and shared among the three tickets. The first winners, John and Lisa Robison, appeared on NBC and told the world that they had clinched $530 million of the $1.586 billion. They chose to take the full payout, which was totaling to $327.8 after taxation.

The second prize share of $1.586 billion went to Maureen Smith and David Kaltschmidt. The two who are a couple took $327.8 million.

The remaining share of $1.58 million went to Marvin and Mae Acosta. After remaining anonymous for months, they finally came forward and appreciated the win. The two announced that a reasonable amount of their victory would go to charitable organizations.

The winner of the above amount is from South Carolina and took advantage of the state’s regulations, allowing one to remain anonymous. In the history of MegaMillions, that was the most significant amount. If the winner goes for the full payout, they’ll take $877.8 million. Upon the deduction of federal and state taxes, the winner will remain with $491.7.

He won the jackpot on March 27, 2019. At the time of winning $768.4 million Powerball, he was 24. Manuel hails from West Allis, Wisconsin, and he’s the third-largest lottery winner in the country.

Manuel narrated that he bought the winning ticket at Speedway Beloit Road, New Berlin. He had bought ten tickets inclusive of the winning one. He was wary about the lottery but heard colleagues saying that the winner was from Wisconsin. Upon arriving home in the evening, he checked his tickets and found the winning one amongst them.

In the North American lottery history, Mavis Wanczyk was the biggest winner. The 53-year-old woman won a $758.7 million Powerball lottery. At the time of winning, she was working at Chicopee Medical Centre, Massachusetts.

On October 27, 2018, two tickets won a Powerball jackpot totaling to $687.8 million. The winners were Robert Bailey and Lerynne West, who came from New York and Redfield, respectively. After the deduction of federal and state dues, Bailey pocketed a lump sum totaling to $125 million.

This blog explores some individuals who have won massive lottery amounts. A critical lesson to learn is that, although winning in a lottery is based on luck, people have played and won vast amounts.