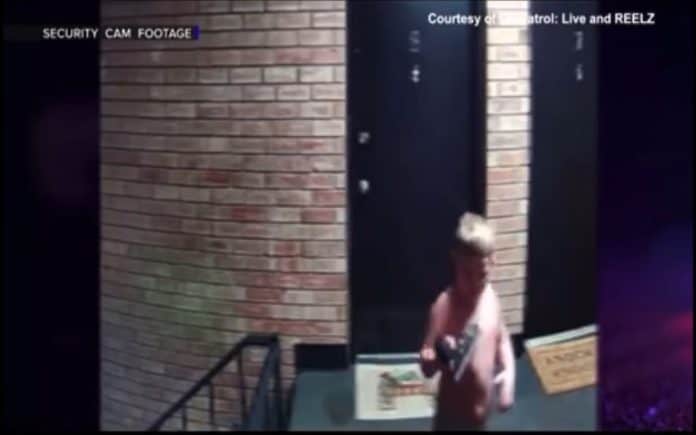 A surveillance camera in a building in Indiana, America, documented terrifying moments for a child wearing a diaper while he was playing with a gun loaded with bullets and wandering with it in a corridor between apartments, pointing it in various directions, and towards his face, according to the British ” Daily Mail ” website , Sunday, January 15. January 2023.

In the video, a small child can be spotted roaming around his apartment’s stairwell with a gun in hand. At one stage, he even pointed it towards himself and pulled the trigger – but thankfully no bullets were discharged from the firearm. He fortunately survived this traumatic experience unharmed!

NEW: Neighbors who saw a toddler in diapers wandering around a Beech Grove, Indiana, apartment complex with a loaded handgun called police. The incident was caught on building cameras. The father – who lied that he didn’t own a gun – was arrested. #inlegis https://t.co/FPpHFNi4rn pic.twitter.com/UGic373G4L

After the incident was observed by multiple neighbors and recorded on a security camera, they contacted law enforcement to investigate. The police officers arrived at the location and thoroughly searched the apartment where the child resided with his father.

Despite the infant’s father refuting any knowledge of weapons in his home, he admitted that his cousin, who was staying with him at the time, owned a firearm. He and his wife were both ill when this occurred; thus they might have been too preoccupied to notice their son reaching for the gun.

The officers interrogated the tiny child, inquiring, “Where did you put this toy?” After a thorough inspection of the living space, they at last uncovered a 9mm Smith Wesson handgun located in one of the desk drawers. The father may receive charges for “child neglect” and has been detained by law enforcement accordingly.