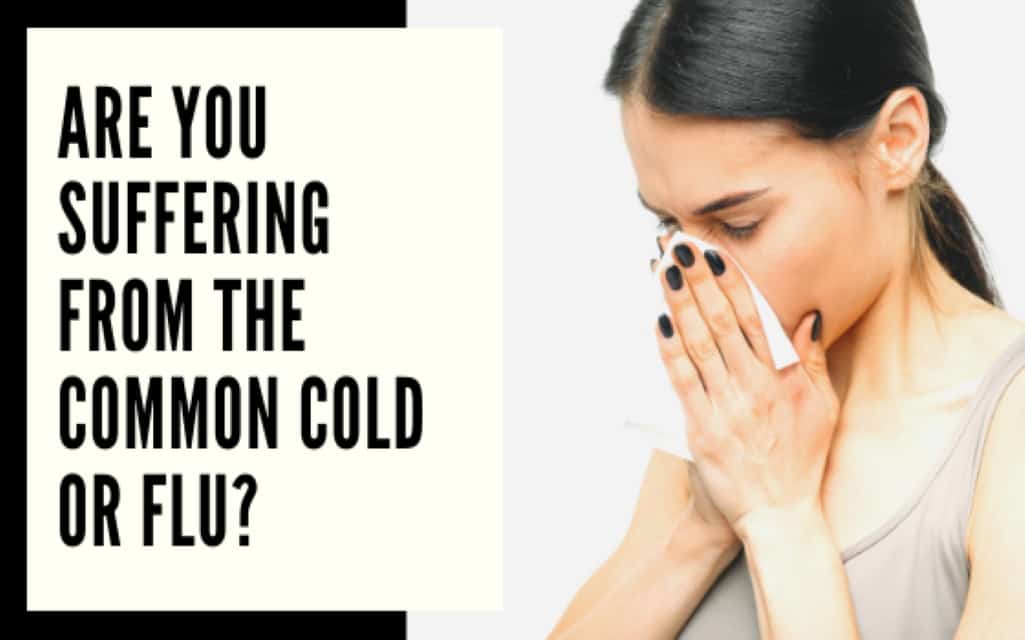 Winters are undoubtedly one of my favourite seasons apart from the common cold as well as the seasonal flu. The symptoms for both are quite similar however the intensity of both the illnesses is miles apart.

I have often been so confused between the two that I took medications for one when I was suffering from the other. The reason why I am writing this today – to explain you the difference between the two along with some common treatments for both:

Simply put, a common cold is a respiratory infection caused by a virus. The virus that causes us to sneeze is the most contagious one. Although it’s not a seasonal disease, cold is a very common occurrence in the winter as most viruses thrive in cool, dry temperatures. Infact, the American lung Association says that more than 200 different viruses can cause the common cold!

It’s very easy to catch a cold because of its easy transmission nature. If you are hanging out with a friend who is suffering from cold and there is a high chance that you will be sneezing some minutes later. You can also catch a cold if you come in contact with a surface that has recently been touched by an infected person.

If you have a cold, you’ll probably have symptoms like these:

As it is a viral infection, antibiotics are often ineffective when treating a common cold. However, over the counter medicines like the Dolo 650 tablet will relieve you from some pain and the constant sneezes. Drink plenty of fluids to keep yourself hydrated and consumption of hot foods and fluids will speed up your healing process.

Colds generally clear up in about a week. If you are still experiencing the symptoms, its best to consult a doctor as it could insinuate that you have a more chronic illness like sinusitis.

The flu (Influenza) is a respiratory illness much like the common cold. However, unlike the cold, flus are usually seasonal. The flu season is most common during autumn to spring and in most of the cases are reported during the winter months. The flu is caused by the Influenza A, B and C viruses. Every year, a new flu vaccine is developed as the active strains of the Influenza virus differ each year.

You are likely to catch the flu in the same way as you catch a cold- by coming in contact with an infected person. Unlike a cold, that usually dissolves within a week, the flu can transform into a much more serious condition like pneumonia.

Symptoms of flu include:

The flu is generally treated based on the symptoms displayed by the infected individual. To detect the presence of influenza in the body, doctors usually take a swab of mucus from the nose or the throat. However, it has been proved on many occasions that this test is not completely reliable.  It is necessary to conduct tests before starting the treatment so that the doctors can be assured that the cause of the symptoms is indeed a flu or some other disease. In severe cases of the flu, a person may develop pneumonia and doctors usually take an x-ray of the person’s test to determine that

Flu has to be treated by antibiotics and vaccination if you want to avoid it from turning into something severe down the road. Starting the treatment as early as possible is the best way to ensure that the flu does not lead to other complications. If you suspect that you are having a flu, consult your doctor and get yourself tested immediately.

Use your symptoms as a guide to figure out which of the two conditions you have been infected with. As the symptoms of both are quite similar, it might be a bit difficult to comprehend what exactly you are suffering from. Consult your doctor just to be on the safe side and start your treatment as soon as possible.