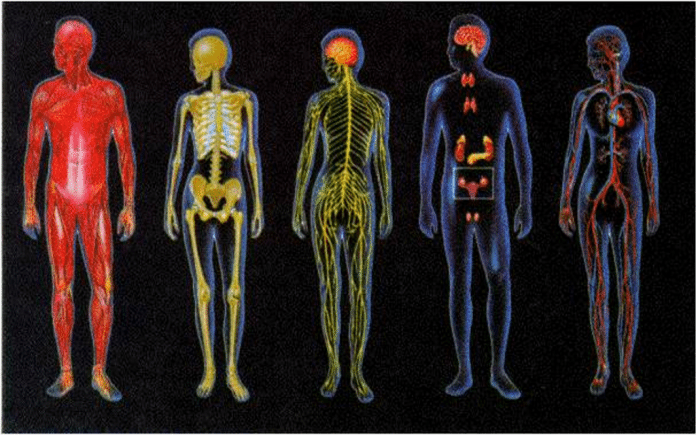 Visualization or guided imagery is easy to do at home with an audio program or with your own mind, guiding the visualization. It is a good way to decrease stress and increase health. Here are 5 autoimmune conditions that benefit from the practice of visualization along with several types of visualization.


1Chronic Pain and Sense of Autonomy

From the American Journal of Nursing comes the idea that guided imagery can be used to decrease pain and anxiety while increasing relaxation. Researchers noted,

Imagery has been used as a healing practice since ancient times. Its reemergence in modern medicine began in the second half of the 20th century, when research suggested that imagery could help reduce patients’ pain and anxiety and improve their quality of life and outlook on their illness. Research suggests that this method of inducing relaxation encourages patients’ healing process and gives them a greater sense of autonomy [self] in relation to disease and its management.

The American Journal of Nursing (2015)

People with multiple sclerosis can benefit from a type of guided imagery called motor imagery.  This practice consists of visualizing yourself and other people moving in a particular way, (ie) walking in a balanced way up a steep flight of stairs or running across the finish line of a marathon full of energy and joy. In Multiple Sclerosis, a peer-reviewed international journal, researchers investigating the effect of motor imagery combined with rhythmic cueing on walking, fatigue, and quality of life in people with multiple sclerosis. They noted,

Guide imagery can be an audio program that you listen to, with or without music in the background; something in a book that you read; or you can guide your own process. In a study on children with Type I diabetes, researchers looked at the effect of an auditory guided imagery program with music in the background compared to back ground music alone. The positive effect of some types of music and guided imagery on stress is also well documented. Perhaps diabetes (both types) symptoms improve by decreasing stress, which tends to suppress the immune system and interfere with health. If you have an autoimmune condition, look for ways to decrease stress. It is not always possible to eliminate the stressor, which often means you need to do some extra good things for yourself to balance the immune system. Guided imagery with or without background music is one way to decrease stress. Researchers explained their findings,

Listening to auditory guided imagery is a potential approach for improving glycemic [blood sugar] control and glucose levels in youth with Type I diabetes.

Journal of Pediatric Endocrinology and Metabolism (2016)

We take in information from many places through many different channels. For example we may see something and perceive it through vision or we might hear something and perceive it through our ears. It can be disconcerting to watch a movie that is dubbed because what we hear is different than what we expect to hear. We can use our eyes or visual perception to read lips but if the movie is dubbed we are not hearing what the lips we are seeing are saying. We adapt. This is called cross modal adaptation because we are adapting to two or more types of perception. Another example is motion sickness, where the visual information about the location of the horizon doesn’t match what our sense of balance through the inner ear is telling us. Many people are able to reconcile this information and the sea sickness dissipates with time on a boat. Researchers explain the mind-body interaction in this way,

A new theory of mind-body interaction in healing is proposed based on considerations from the field of perception. It is suggested that the combined effect of visual imagery and mindful meditation on physical healing is simply another example of cross-modal adaptation in perception, much like adaptation to prism-displaced vision. It is argued that psychological interventions produce a conflict between the perceptual modalities of the immune system and vision (or touch), which leads to change in the immune system in order to realign the modalities. Also discussed are issues of self versus non-self, pain, cancer, body schema, attention, consciousness, and, importantly, developing the concept that the immune system is a rightful perceptual modality

In Traditional Chinese Medicine and acupuncture, the immune system is associated with the spleen and the color yellow. The spleen and the stomach are Earth elements. These associations can be used in a guided imagery. Imagine yourself all cozy and wrapped in a yellow blanket or look at all the yellow items around you as you drive. Going for a walk in a beautiful place and looking, really looking at the earth can also be helpful. A recent study noted the benefit of acupuncture combined with motor imagery for people who are affected by stroke.

The early intervention of the combined therapy of acupuncture and motor imagery effectively promotes the recovery of the coordination function and the fine movement of upper extremity, especially the improvements of the fine movement in stroke at flaccid paralysis stage. The efficacy is better than the single acupuncture treatment.

Overcoming the Challenges of 3D Bioprinting

Alleviating Pain and Infections Due to Ingrown Toenails

How to Improve Your Upper Extremities

How to Make Basement Waterproofing Effective?

What You Ought to Know About Myomectomy