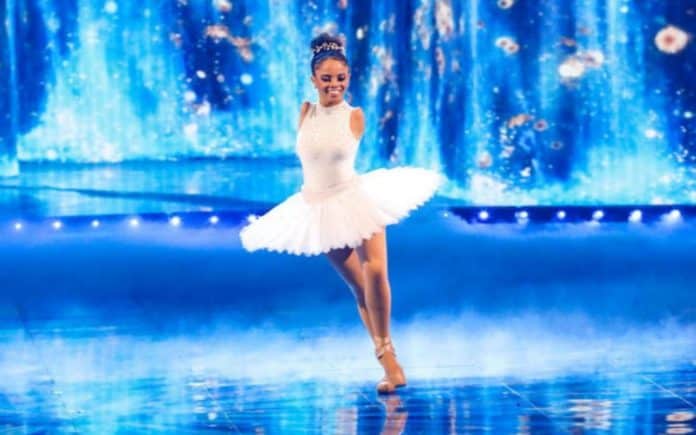 A video of Vitória Bueno, a Brazilian ballerina without arms,  spread through social media, and she amazed the audience with her dance in a program AGT All stars.

Bueno caught the eye with her professional dance on the stage and inspired the audience and spectators, who applauded her warmly and praised her determination and determination.

The judges thanked Bueno for attending the program and expressed their amazement to see her dancing without arms.

Referee Howie Mendel said: “I don’t know much about dancing, but I do know what it means for a person to stand on his toes without hands, because that causes an imbalance.”

He continued, “However, we didn’t see anything wrong with your dancing. It’s amazing. You bring in so much strength and elegance. You’ve made it very difficult for an audience that only has to pick one winner. I wish you luck.”

It is noteworthy that Bueno was born without hands in Santa Rita do Sapucai in Brazil, and began dancing at a very early age.

At the beginning, she faced a lot of bullying and harassment, as her dancing was a strange topic for the locals, who did not accept her talent in the first place.

Aside from her exceptional talent for dancing, Bueno is able to effortlessly perform her daily activities with just her feet, such as brushing her teeth or doing other chores around the house.