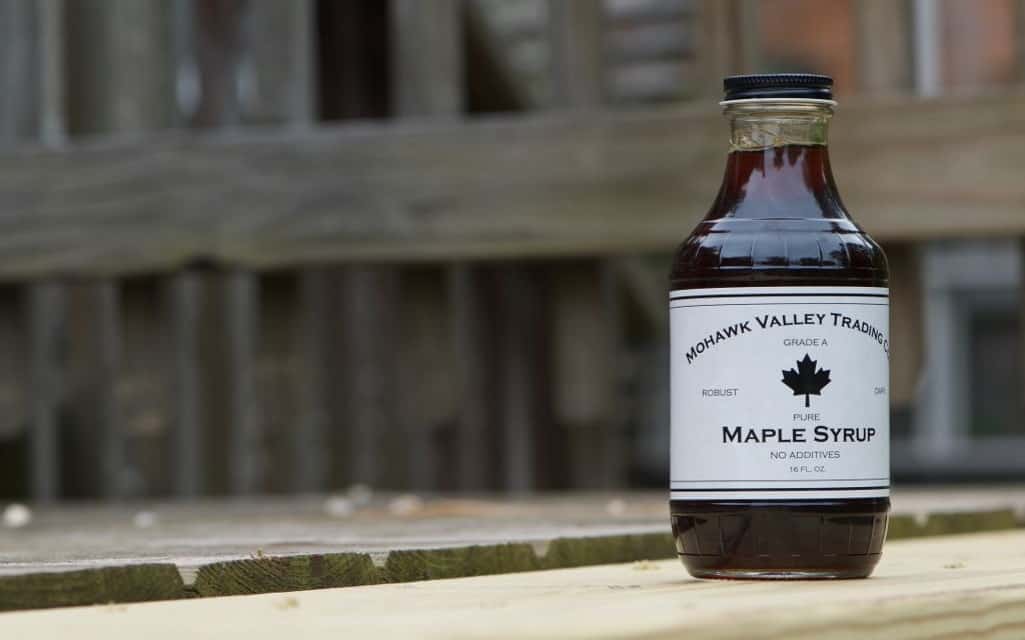 Maple syrup is made from the xylem sap of sugar maple, black maple, or red maple trees; however, it can also be made from other maple species. Maple syrup is the most prevalent natural sweetener in North America and its production precedes European colonization. Indigenous peoples from the northeastern part of North America were the first people known to produce organic maple syrup and maple sugar. Aboriginal oral traditions and archaeological evidence suggest that raw organic maple tree sap was being turned into syrup long before Europeans arrived. European settlers adopted the practice and innovated production methods.

If you are in the market for maple syrup or maple sugar, it is best to do business locally whenever possible so type the words “maple syrup” or “maple sugar, near me” into the search box of your favorite search engine.

Nevertheless, working your way through the search engine results pages for maple syrup or maple sugar would be very time-consuming so, to save your valuable time and energy, our crew of maple syrup connoisseurs has tapered the search results down to what they have determined to be the:

Mohawk Valley Trading Company dark, robust maple syrup (formerly called Grade B) is made primarily from sugar maple sap which is preferred for maple syrup production because it has an average sugar content of two percent. Sap from other maple species is usually lower in sugar content, and about twice as much is needed to produce the same amount of finished syrup. Mohawk Valley Trading Company also offers granulated and powdered maple sugar.

Merle Maple is a small business located at 1884 Route 98 (Creek Road) in Attica, New York offering an extensive assortment of maple products made on premises. The Merle family immigrated from Germany in 1844 and in 1923, they purchased a farm on a hill in the town of Attica. That farm was lost during the Great Depression and then the family bought another farm in the valley.

Merle Maple made the transformation from hanging buckets on trees to using tubing in 1958. Since then, the business has grown from its 1,200 buckets on trees to 19,000 taps all on tubing today. The average crop of maple syrup each year is about 9,000 gallons.

The Shaw Familybegan making maple syrup after attending an annual “Maple Weekend” at a local high school in 2007.Starting out with a few taps and boiling over an open fire in March of 2007, has over the years turned into something much larger than they ever imagined.  Shaw’s continues to boil with a wood fired evaporator as they feel it gives their syrup the most robust, traditional flavor possible. In addition to their traditional maple syrup, they also make their own “maple bourbon barrel aged syrup and cinnamon aged syrup. Maple confections are produced in small batches, such as maple popcorn, soft molded maple sugar pieces, granulated maple sugar, seasonings, maple cotton candy, maple cream and more. Shaw’s Maple Products are available all year round at their sugarhouse, local farmer’s markets, weekend festivals and local retail outlets.

New York State is home to the largest resource of tippable maple trees within the United States, and over 2,000 maple sugar makers. The New York State Maple Producers Association (NYSMPA) is a non-profit organization composed of the people who harvest maple syrup and related maple products all over New York State. The membership list is a diverse group of small business people who offer some of the best maple products you will find anywhere.