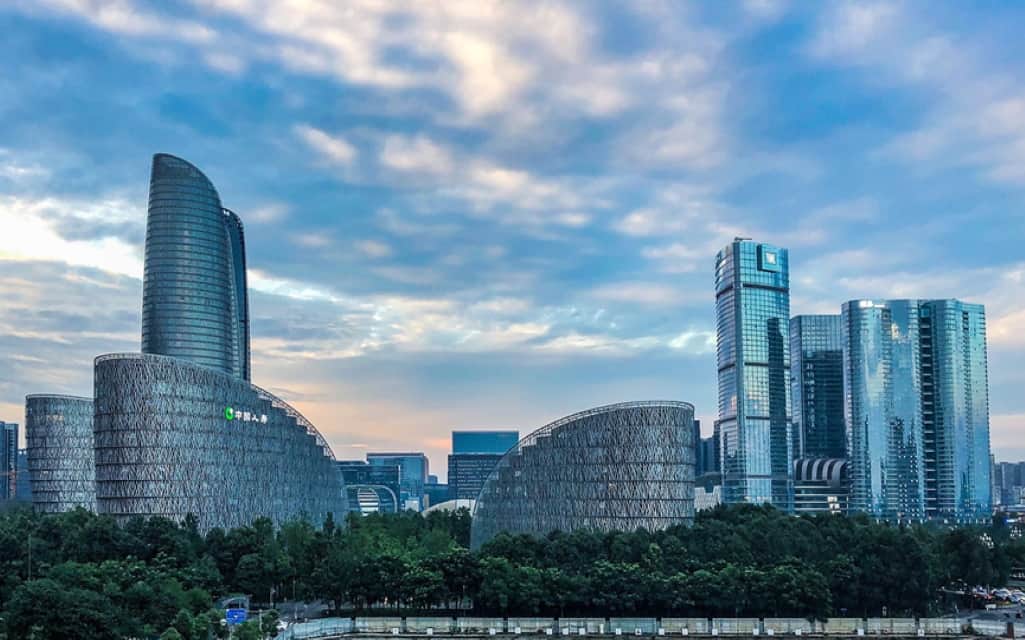 China is such a vast country that many visitors have no choice but narrow down their tour schedules on the most visited destinations in the country, such as Beijing and Shanghai. But why not take adventures in southwestern China to discover the beautiful scenery, delicious food, and cute pandas? Chengdu City will give you all of these.

Chengdu is home to lovely giant pandas. They are one of the main reasons that attract millions of tourists every year. More than the pandas ― the city boasts the exciting spicy cuisine, the eclectic cityscape, and the stunning natural beauty. You have a huge variety of destinations that you could visit.

So, enjoy every minute in the “Land of Abundance”, and here are some of the best places you must visit and the best things you must experience in Chengdu.

1. Dujiangyan Base, the Chengdu Research Base of Giant Panda Breeding:

Dujiangyan is in the north of Chengdu, which is well known for its mountains and rivers natural beauty, and the diversified foods with unique local flavors as well.

Tianfu Square is located in the city center as the symbol of Chengdu. The square is a particular sight surrounded by skyscrapers. It is said that one who doesn’t pay a visit to Tianfu Square has not even visited Chengdu.

Chengdu People’s Park is located in Shaocheng Road, Citang Street, Chengdu City. It is a comprehensive garden integrating cultural relics, leisure, and entertainment. Founded in 1911, the park has famous tourist attractions such as Jinshuixi, Golden Fish Island and Bonsai Garden.

WuHou Shrine (Memorial Temple of Marquis Wu) is dedicated to Zhuge Liang, the Martial Marquis of Shu in the Three Kingdoms Period, who was the personification of noble character and intelligence.

Chengdu is a city brimming with an energetic leisurely ambiance with Jinli Street as the typical representative. As early as the Qin Dynasty (221 BC – 206 BC), Jinli Street was the most famous place for baldachin – a luxurious, ornate cloth. It was also one of the busiest commercial areas during the Shu Kingdom (221-263).

Located in the center of Chengdu, Chengdu Taikoo Li is an open, low-density shopping mall developed by Swire Properties and Sino-Ocean Group.

The Daci monastery appeared as the largest monastery in Chengdu during the An-shi rebellion in the Tang Dynasty.

A contemporary whiskey bar and restaurant are now open on Chengdu’s iconic Anshun Bridge. The bridge lights up gold at night and can be seen from Jiu Yan Qiao.

Qintai Road is one of the city’s several Qing Dynasty themed tourist streets, most literally embodying the area’s romance. Decorated by lanterns and ambient lights in the evening, this is a beautiful street to stroll down.

Kuan Zhai Alley exists as one of the top three historic preserve districts in Chengdu City, which is made up of three alleys called Kuan Alley (Wide Alley), Zhai Alley (Narrow Alley), and Jing Alley. The major buildings in this site are all in ancient style. Now, it is a cultural site consisting of 45 Qing Ming Dynasty style courtyards, modern villas, and gardens, as well as theme hostels.

Plentiful unearthed relics of gold, jade, bronze, stone, ivory are exhibiting in 5 halls to show the historical culture of Chinese ancestors in the ancient Shu Kingdom about 2900-3200 years ago.

Mount Qingcheng, in the southwest of the Dujiangyan Irrigation System of China, is one of the most famous Taoist mountains in China. Besides, it is also a beautiful and intriguing scenic spot that is covered by luxuriant and verdant trees.

“Do as the locals do and you’ll quickly start to get the feel of being a local.”

If you don’t want to miss a thing on your next trip to Chengdu, visit the website of “GoChengdu.cn“, which provides useful tips and information on having a good time in this city.

Chengdu is a modern yet traditional city with plenty of natural, cultural, and historical sights. You can take advantage of Chengdu’s 3-day-visa-free transit policy. However, three days might not be enough for all that Chengdu has to offer to you.

7 Amazing Perks of Flying in a Jet Plane

What to do to Prepare for a Cruise Adventure