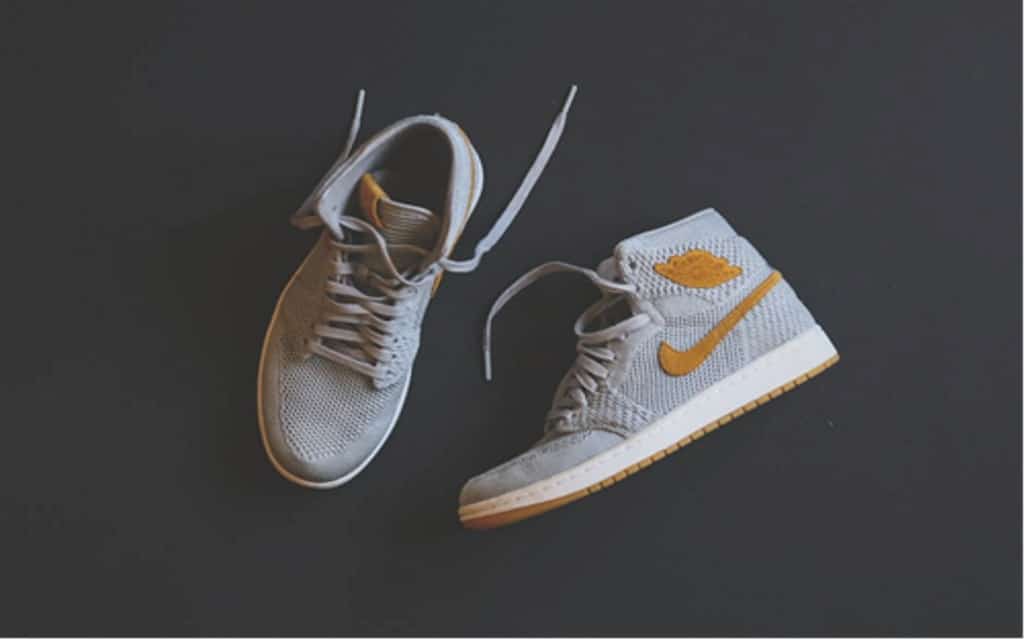 Are you a big fan of the coolest kicks?

Do you wait in line for the debut of the newest sneaker? Or maybe you’re more of a fan from afar.

Whatever the case, sneakers have a long and celebrated history and there are certain brands and styles that are more iconic than others.

We’ll take a look at some of the most popular sneakers over the years and what made them that way.

The PF Flyers’ Center Hi sneaker is considered one of the most iconic basketball sneakers of all time.

They just have a classic style and look that has serious staying power. The premium upper, vertically-ribbed toe guard and signature treaded outsole continue to be an homage to the original. But the company also stays sensitive to trends in the industry.

In 1968, PUMA stepped up their game with what would become a legendary sneaker.

With a classy suede upper, padded tongue and collar, and a textured rubber midsole for amazing traction, the Suede Classic was like nothing else out there at the time.

Even today, five decades later, the PUMA Suede Classic+ maintains its classic styling with its signature Formstrip. This old-school design feature is appealing to casual wearers and serious collectors alike.

This domineering basketball shoe was introduced back in the 70s. But today’s version doesn’t stray too far from the classic in both style and spirit.

Aesthetics aside, there are some notable updates to the features available on today’s All-Star. They have more cushioning, a tougher 12-ounce canvas exterior, and the addition of premium materials to appeal to the contemporary All-Star fan.

In 1971, the Adidas Stan Smith quickly came out of the gate as one of the most winning tennis sneakers of all time. Its classic style remains iconic to this day.

The shoe was basically a rebranding of an earlier 1964 version of a shoe designed for French tennis player Robert Haillet. The 1971 version featured the image of tennis star Stan Smith on the tongue. Still, it was Haillet’s name on the tongue. The Stan Smith moniker wasn’t adopted until 1977.

With its all-leather upper, tri-stripe sidebox, and leather liner, the plush and comfortable Stan Smith remains as popular today as it was back in the 1970s.

When most people hear the name Nike, they likely think of the iconic Cortez style that debuted in 1972. This was the first year that the company released the lightweight running shoe under this new name.

But it was the creation of the Nike Waffle Trainer just two years later that became “one of the most well-known stories in sneaker history. Nike was striving to create a shoe with the best traction available. Inspired by the pattern on a waffle iron, the designers incorporated that pattern onto the sole of the shoe. It was a clear success.

Another one to check out is the black nike air force sneaker which is now widely available in the market.

The skating world has never been the same since the ingestion of the Vans Authentic sneaker. It’s one of the most recognizable kicks both at the skate park, as well as being sported by pop-culture sneaker aficionados.

The original version was released in 1966 and utilized a durable canvas upper, metal eyelets, and a unique sole that provided exceptional grip on a variety of surfaces. It hasn’t changed much since that time.

Vans Authentic is a versatile shoe that serves not only as an everyday essential but is coveted by athletes from all walks for its tactile feel and durable construction.

The Air Jordan 1 actually first appeared on the court in 1984 – where they were banned. Rookie Michael Jordan decided to ignore that rule and wore the shoes that were specifically designed for him.

Jordan’s defiant breaking of the rules in tandem with his amazing athletic prowess threw these shoes in the spotlight. So it makes sense that in 1985, this was the most iconic sneaker of the year.

The Air Jordan legacy carries on to this day with the Air Jordan 11, 13, and 15 all making serious headway toward becoming classics someday.

Back in 1984, long before there were FitBits and Apple watches, the Adidas Micropacer came on the market as a revolutionary new shoe. And it definitely was.

In an unprecedented move to integrate computer technology with athletics, the designers at Adidas inserted microsensor in the toe of the shoe that tracked distance, running pace, and even calorie consumption.

Wearers could then see that data on the screen built into the tongue on the left shoe. It may seem archaic now, but in 1984, this was space-age technology.

In 1989, Reebok debuted a $170 sneaker. That was an outrageous price for the time. But the shoe had a pumping mechanism that created the most custom-fit shoe possible at the time.

Despite the high price tag, the Reebok Pump remained a popular shoe.

In 2006, Reebok took up a notch with Alife x Reebok Court Victory Pump Ball Out by combining the ideas of the streetwear brand with the original function of the Reebok pump model.

The New Balance 990 is one of the most recognizable styles of all time. This is due in part to its being an industry standard for nearly three decades now.

In particular, the 990v5 demonstrates all the elements of a simplistic style with exceptional support. Its pigskin/mesh upper, blown rubber outsole, and dual-density foam collar give it a classic look. But midsole technology allows for support that helps the show maintain its form even after years of use.

What Do You Consider the Most Popular Sneakers?

Our list of the most popular sneakers is by no means all-inclusive. With so many amazing options for classic kick, your favorite may not have even made our list.

That doesn’t mean they’re not amazing though! So wear them with pride. And if you’re looking for more great articles on the best products in a wide variety of industries, keep checking back with us!

Types of Kitchen Countertops You May Choose From

How to Choose the Right Heat Pump for Your Home?

How To Attack The Compaction of Your Garden

5 Reasons Why More People Are Turning To External Insulation