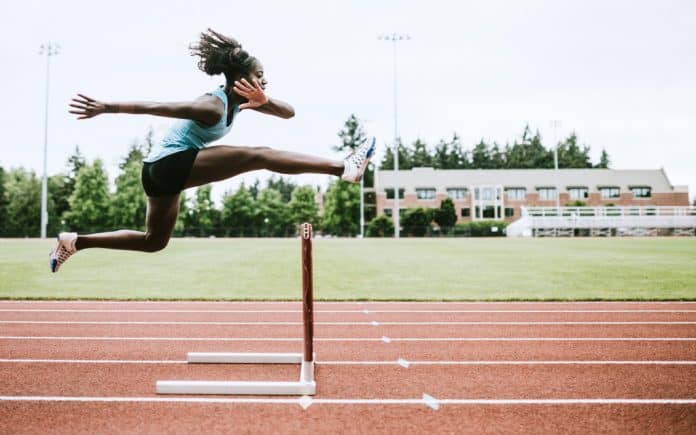 There are a lot of women who are successful in their careers and who are leaders in a variety of fields and levels. However, as they mature, improve their talents, and work toward their objectives, they come up against various internal and societal obstacles or hurdles on the path to becoming successful leaders. Confronting these difficulties head-on provides a tremendous chance to have a positive influence not just on our current circumstances but also on the situations of future generations. We are fortunate to live in an empowering era in history, one in which we have the ability and the chance to break down barriers that have been around for a long time.

To tackle these internal and external barriers, a leadership education is one of the best ways to enhance one’s confidence in their abilities and expertise. Hence, those women aspiring to become leaders might pursue an online program for women’s leadership to further their learning on how to excel in their organization or industry.

Often the obstacles women encounter on their way to advancement in their careers are external, represented by rooted sexism, economic barriers, and the lack of powerful professional networks.

Overall, the disparity in pay and opportunities between men and women results from several interrelated and intergenerational factors. Additionally, both men and women hold negative attitudes and conceptualizations that further contribute to limiting women’s advancement to leadership positions.

Ambitions for leadership that professional women hold are sometimes hampered by prejudices and stereotypes based on gender. When males exhibit assertive conduct in the workplace, their employers often see it as powerful, decisive , and direct. On the other hand, when women exhibit the same assertiveness they are frequently viewed as aggressive, pushy, and strident.

When the actions of a female professional do not conform to preconceived notions about men and women, she is often subjected to criticism. However, if her actions are consistent with conventional gender norms, such as being accommodating or looking out for the best interests of others before her own, she runs the danger of seeming to be less competitive and competent than men who are in the same position as her.

In January 2020, the World Bank published a report detailing the status of women’s legal and economic rights worldwide. “Change is happening, but not fast enough, and 2.7 billion women are still legally barred from having the same choice of jobs as men.”

Positive role models boost professional commitment by materializing the ideals and principles one should pursue in their careers. Organizations may assist by publicly recognizing and promoting their top female talent and providing mentorship and sponsorship schemes to foster younger leadership potential.

Overall, strong networks are essential for those who want to gain leadership positions, as they may raise both the rate and probability of promotion. Nevertheless, several studies have demonstrated that informal networks are often divided by gender and race, and as a result, women are less likely than their male counterparts, to have crucial professional networks, insider knowledge, and social links to industry leaders. This may be remedied by offering formal opportunities to meet with high-status executives across functional, organizational, and geographical boundaries and by allowing executives to officially introduce and “hand over” relationships in a controlled and constructive manner.

Notwithstanding the external barriers most women face, there are also internal roadblocks that hinder women’s advancement in positions of leadership. These manifest as psychological barriers, fuelled by gender-biased upbringing and the societal expectations for leadership through the lens of the male paradigm, usually perceived as being more assertive and powerful.

Women often do not speak out and make themselves heard due to an internal lack of confidence, and often present feelings of Imposter Syndrome. These feelings denotes the sense that they do not deserve their position and are an imposter who might be discovered at any time as being inadequate in their given role. Imposter syndrome in this context relates to  the belief that, despite one’s accomplishments, female leaders may not value themselves as highly as male counterparts. According to one study conducted by KPMG in 2021, this condition affects about 75 % of female executives.

Women also worry more about not being liked, outperforming others, and the risk of overpromoting themselves. According to one study published in the journal Advances in Physiology Education in 2018, males overestimate their talents and performance, whereas women do the opposite. In fact, men and women perform similarly in terms of quality and quantity on average. Nevertheless, the gender confidence gap is genuine.

Generations of social conditioning have established how men and women should behave. From a very early age, many girls are continually taught they are not intelligent or powerful enough – that they are not as valuable as males. Their personalities are nurtured to be kind, considerate, and helpful towards others. Consequently, many women enter the workforce with an inner voice that questions their own competency and value. This leads to a lack of confidence in their abilities, even if they possess the sharpest intellect or most potential among their peers.

When individuals and enterprises have a better understanding of these concerns, it will be much easier for them to help to reach leadership positions. It is possible for women, men, and companies to collaborate and raise the participation levels of women across the various levels of the corporate hierarchy. As more and more women join the workforce, they are confronted with challenges and factors that males do not encounter. Hence, we must discover ways to overcome these barriers as quickly as possible.

Traits that Women Find the Most Attractive in Men