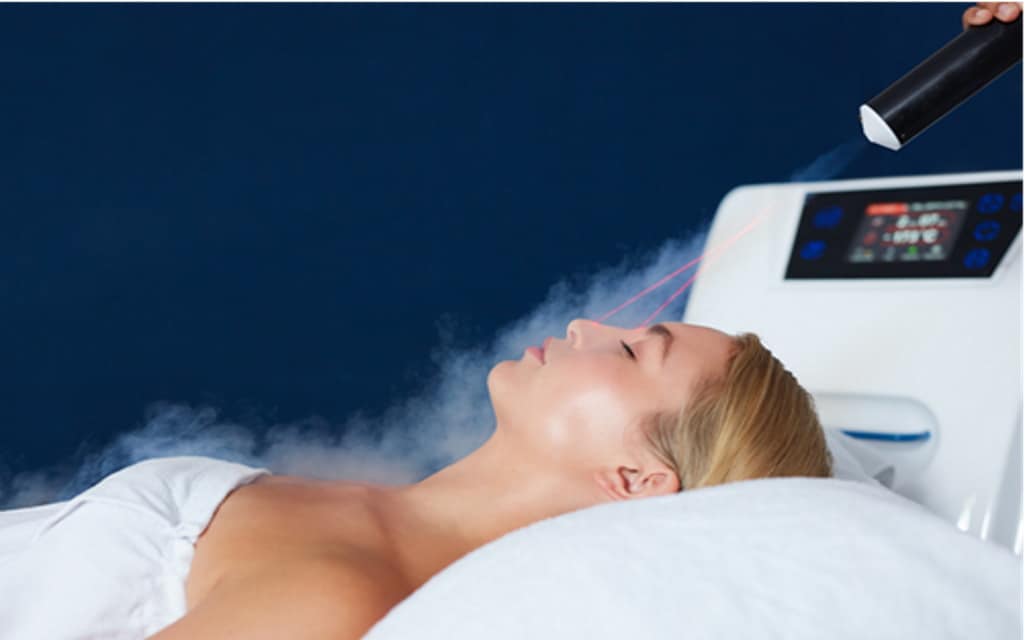 Sometimes, we all just need to chill out.

Okay, that joke wasn’t very funny. But there is some truth to it. After all, cold temperatures have been used in physical therapy for years now. We apply cold packs to muscles to relieve aches and pain all the time.

At its core, full-body cryotherapy is essentially the same concept, just applied at a larger scale. It can sound confusing to people, and there’s still a long way to go to make it a widespread phenomenon.

But cryotherapy benefits are numerous. If you have the means to do so, looking into cryotherapy is an option worth considering.

Put simply, cryotherapy is the use of extremely low temperatures to relax muscles and alleviate aches and pains. If you’ve ever used a cold pack to treat a sore muscle, you’ve already used cryotherapy on a small scale.

Cryotherapy machines take that concept and apply it at a larger scale. The patient enters the machine, similar to a tanning booth, but with a space for the head at the top.

Once inside, the device chills inside to temperatures around -200 Fahrenheit and remains there for a few minutes before warming back up.

Cryotherapy is already widely used in several areas. Many professional athletes, for example, make regular use of it to alleviate muscle strain after games and practices. Generally, the benefits are most pronounced from repeated use, but even a single session can provide immediate relief.

The benefits of cryotherapy are numerous.

It also helps with inflammation, which makes it an effective treatment for pain caused by arthritis and other bone conditions. It also has documented benefits for many skin conditions and has even been used to treat small tumors.

How to Find Cryotherapy Services

Cryotherapy is still relatively uncommon in much of the world. While it has caught on in some medical fields and is fairly common among athletes, many people still do not know where they can receive cryotherapy.

Some businesses are also looking into it as a way to increase worker happiness and productivity. Because it takes such little time, cryotherapy machines can be set up in offices, and employees can take a brief break to use the machine.

If you’re looking to do that yourself, it’s surprisingly easy to acquire a cryotherapy machine for your business.

There are many cryotherapy benefits. From the immediate relief of pain to the treatment of long-term conditions, the applications for this kind of treatment are numerous. Even in the workplace, the benefits of cryotherapy are hard to ignore.

So if you’re looking for a new kind of treatment, give it a shot. You won’t be disappointed.

5 Things to Distract You from Coronavirus Blues

How Can Treadmill Exercise Benefit Those With Heart Disease Or Diabetics?

A Useful Guide to The Family Wealth Planning

5 Best Restaurants for When you Are Dieting