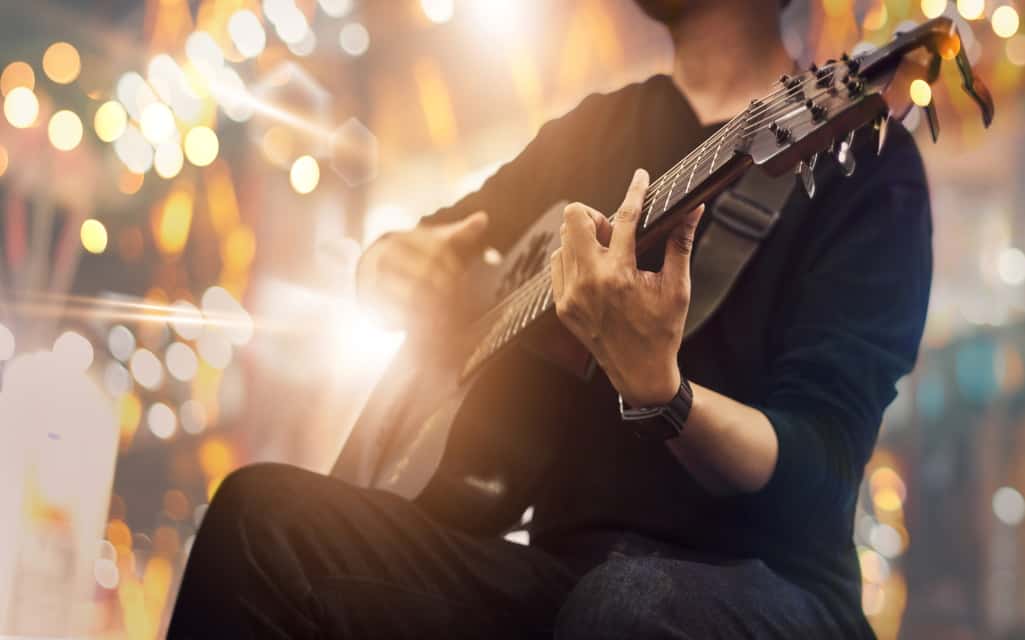 Who would have thought that tying a couple of strings together to a hollow wooden board and plucking them would create such a melodious tune, that it would literally create a whole genre of its own? Guitars are musical instruments played using both hands – one for holding the strings and the other for strumming or plucking the strings in order to produce sounds with different frequencies that combine together to give a nice sound(music). The bass guitar was invented by Paul Tutmarc in 1930. However, it was not an immediate success and was only used by very few musicians.

Guitars have become far more advanced since. Being one of the most popular musical instruments to have ever been invented, it makes sense to understand how they got their reputation. So here are five premium choice guitars that have completely changed the way we perceive the sweet creatures and music for that matter

The Gibson L5 was first developed by Gibson Guitar Corporation (now known as Gibson Brands Inc.) in 1922 with the help of Lloyd Loar – an engineer and a designer who desperately sought to bring about a change in the music industry. The Gibson L5 was an acoustic guitar with electrical models (which was not made available until the 1950s), and it was announced as the premier rhythm guitar in the big band era. All over the world, it was the first-ever guitar to have f-holes and an adjustable truss rod fixed to a 14 fret neck to the body.

The L-5 CES is the latest version of Gibson L-5, where CES stands for cutaway electric Spanish. It was specially designed to reduce the feedback that the archtops are prone to. The L-5 was used by many classical musicians such as Maybelle Carter, Wes Montgomery, Lee Ritenour, and Eric Clapton, etc. The country music hall of fame in Tennesse holds the Gibson L-5 used by Maybelle Carter.

Fender Broadcaster is an electric guitar made in 1950 by Leo Fender in California. It was during the 1950s that many popular voices tried to experiment with the electric guitar. But no one was able to bring out a masterpiece as rich as the Fender. It was considered to be the best electric guitar to be ever made in history.

The Broadcaster had a simple yet effective design that made it commercially successful and famous among the musicians. It had a rocking sound that set records and made an evolution in the guitar manufacture and music production. It also one of the versatile guitars that can be played in pop, reggae, rock, folk, jazz, punk and heavy metal. This versatility sets it apart from the other guitars that are not suited for other types of music. It was also used by musicians like James Burton, Albert Lee, and Muddy Waters.

Fender Stratocaster is also an electric guitar designed by Leo Fender and finalized by Freddie Tavares in the year 1950. It is one of the most emulated electric guitar shapes with an elegant design. It consists of three pick-ups and a spring tension vibrato system. The guitar is equipped with a double-cutaway with a beveled body and a bridge that could be adjusted for every string. It took almost a decade for the development of the vibrato system by continuously doing experiments to make it revolutionary.

The Fender Stratocaster is the most played guitar, which almost every musician has in store. It also the most famous and simultaneously most copied electric guitar ever. The Fender Musical Corporation is continuously manufacturing the Stratocaster from 1950 to the present.

The Gibson Flying V is an electric guitar model made in 1958 by Gibson guitar corporate. It is also known as the modernist because it had a futuristic design that outrated itself. The original guitar was made of Korina which is an African limba wood that gives it the best texture suited for a modern guitar.

The duplicated version of Gibson Flying V had a black pickguard with a plate for input, whereas in the original model there is a white trim. The design of flying v was widely recognized as a classic. The dealers used this as a bait to draw attention from buyers by hanging the flying v in the window. And a fact to be known is that Gibson only shipped 98 flying v’s in the year 1950, which makes it rare and most valuable in today’s market. it was also used by notable players such as  Albert King, Dave Davies, etc.

The Gibson ES-335 is yet another electric guitar made by Gibson Guitar Corporation in 1958, ES is referred to as (Electric Spanish). It is also known as the semi-hollow body because of its thin line archtop. It has a solid maple wood block in the center of its body which makes it neither hollow nor solid. It has two violin style f-holes and two cutaways. The Gibson guitar corporate was a company that has played a major role in the evolution of guitars ever since the instrument was created. Notable players that had laid their hands on this guitar are Chuck Berry, Larry Carlton, Carl Wilson, and many others.

The Gibson Guitar Corporation, in 1952, also introduced the Gibson Les Paul. It was known as a legend among every single electric guitar that was created. It had a revolutionary impact on the music industry, there wasn’t a single person that had a bad opinion about its functions. Its beautiful design has a mahogany body with a maple top and a single cutaway and has two pickups with independent tone controls.

The original Les Paul came with a gold finish in 1957, but in 1958the design was slightly improved, by going with humbucking pickups and sunburst finishes. It’s been used in many genres like rock, pop, folk, soul, rhythm, jazz and others due to its versatility. Some players believed that it had a mystical sound quality, unlike any other guitar they had played with.

The efforts behind the creation of Les Paul remain controversial. There was also a replica of Les Paul created in the year 1953 called the Les Paul custom, and this was black in color and had gold plated hardware and was sometimes also called the black beauty.

Those were just some of the many guitars that influenced the beautiful world of music and blessed the sea of change to take place, for the development and improvement of the beautiful sound we call music.