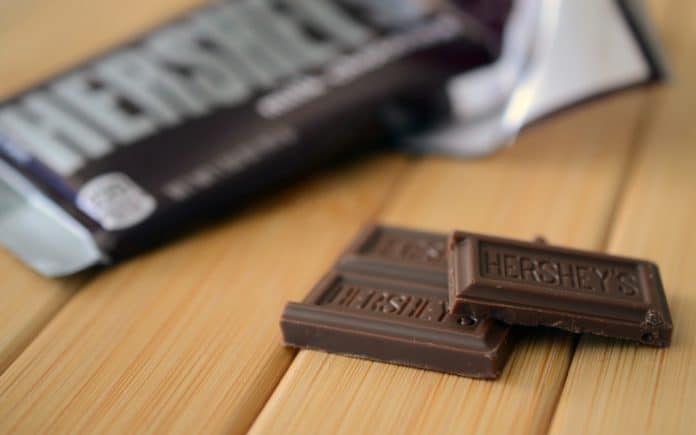 In the United States, an alarming lawsuit was filed against Hershey chocolate manufacturer due to allegations that their products contain dangerous amounts of metal.

Christopher Lazzaro has filed a lawsuit against the company asserting that they failed to reveal the levels of lead and cadmium in three dark chocolate bars, which he argues deceived him into making an uninformed purchase. Had he known about this information beforehand, Mr. Lazzaro claims that he wouldn’t have chosen to buy these products at all.

Numerous research studies have demonstrated that dark chocolate, rich in antioxidants and relatively low-sugar content, can be beneficial for reducing the risk of developing heart disease.

Nevertheless, the lawsuit is based on recent discoveries from Consumer Reports’ testing of 28 chocolate bars for lead and cadmium levels.

According to the magazine, 23 of these chocolates – including those from Hershey’s, Godiva and Lindt – contained higher-than-usual levels of minerals.

According to the magazine, consuming a mere 28 grams of that chocolate daily can do immense damage due to its high levels of toxic metals.

Lazzaro is demanding a minimum of $5 million in compensation from Hershey through their proposed class action lawsuit.