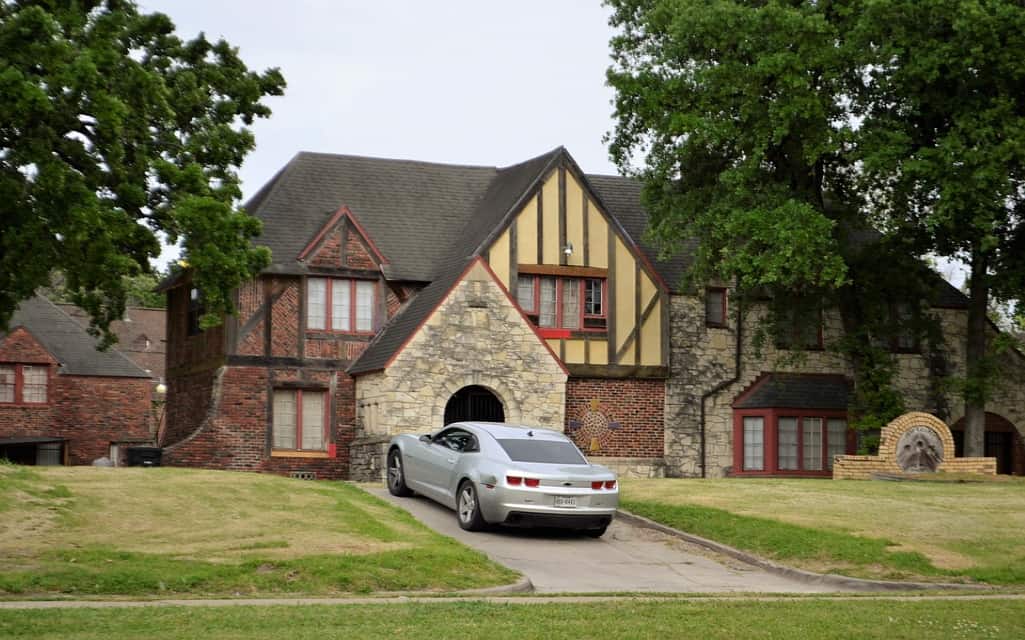 One of the main reasons people move to another state or city in the United States is to provide their kids with better educational options. Even though the crime rate in the States is declared to be dropped by 50 per cent since the 90’s we still hear lots of stories about the mass shootings in schools and shopping malls nationwide as Business Insider reports.

People tend to claim that the crime rate is rising year over year, even though there is evidence this is not the case. As 21 Gallup surveys state, the vast majority of respondents claimed there were more crimes committed than a year before, most likely because such violent cases become popular in minutes due to the developed social media channels.

Price and affordability, the size of rooms and its number, cardinal points location, if there are any repair works needed, time to reach your work from there and so on – nothing could beat the importance of staying safe in your neighbourhood. Check out the lists by WalletHub and Niche to find out what are the best places to live in the United States by state, and we would cover the proper tools that would help you to dig deeper into that mysterious security world in a digital era.

Explore the potential crime in the area

Let’s imagine the following situation: you checked the list of the safest cities in the States far and wide and found the perfect city to move with your family. But what about finding the safest neighbourhood out of many similar ones? Such sites as CrimeReports and SpotCrime (there are much more available online) allow you to get access to the latest police crime reports. In case you type in the street address your dream house is nested at, you’ll be getting a complete list of crimes committed in that area, along with the date and its type. Moreover, you would be able to match a few different neighbourhoods and choose the one you potentially like most.

Be aware of the sexual predators

Not so long ago the influential Department of Justice launched a National Sex Offender Public Website or simply NSOPW, where you can search the sex offenders living nearby, either by their name or address.

Another place you should definitely go to check out the possible sex offenders is FamilyWatchdog website. Once you type in the offender’s name or your potential residential address, the site will generate a cool map of your area, highlighting the address of sexual offenders living there. Depending on the crime’s severity there will be a distinctive difference in the colour of an icon, ex. children abuses, sexual battery or even rape. Once you click on the icon, you will see the portrait of the criminal along with the crime they’ve been guilty of. Receiving notification about the new sex offenders in your area is another cool feature available for registered users only.

Check with your future neighbours

Before moving into the new neighbourhood it would be a good option to check the details with your future neighbours first, you may across some of the interesting information rather quickly. For example, you may find out that there’s a local band playing Nirvana tribute gigs late at nights or recent robbery cases happened in the area.

Modern-day collection data sites allow you to get access to all the information needed in one place. Even though the access is not free, it saves you the hassle of choosing the wrong place to live in. For example, data collecting site Nuwber allows you to do quick research, just by having a street address or the name of the person living there. Imagine, you would have the person’s phone number just a few clicks away from you, this will save you tons of time and money just by a 5-minute call with your future member. Definitely give it a try if you can! Moreover, such sites usually have a rich report, containing police records, ownership status and so on.

You will definitely be amazed by how much of the information about the potential neighbourhood is hidden in simple Google search results. Start your research with terms like “Arrests”, “Crimes”, “Polic” and put the name of the neighbourhood after it.

You’ll be getting the most recent results from that area, including such source as Google News. Interestingly, there a bunch of websites, providing nationwide statistics about the crimes, arrests, mass shooting, robberies and so on. American Violence, Crime Mapping, ADT Crime Map are among those few most trusted ones.

Google also provides a free tool called Google Alert that allows you to get notifications about things happening in your neighbourhood.

Local Facebook Groups can be considered a goldmine for such kind of information as neighbourhood safety, not only because you would receive the first-hand information from the people leaving there, but also it is a great way to get acquainted with your neighbours in advance. Even though most of them are private, don’t be afraid to step in there, this might save you from future problems for sure. Practically every town or city in the United States has such groups.