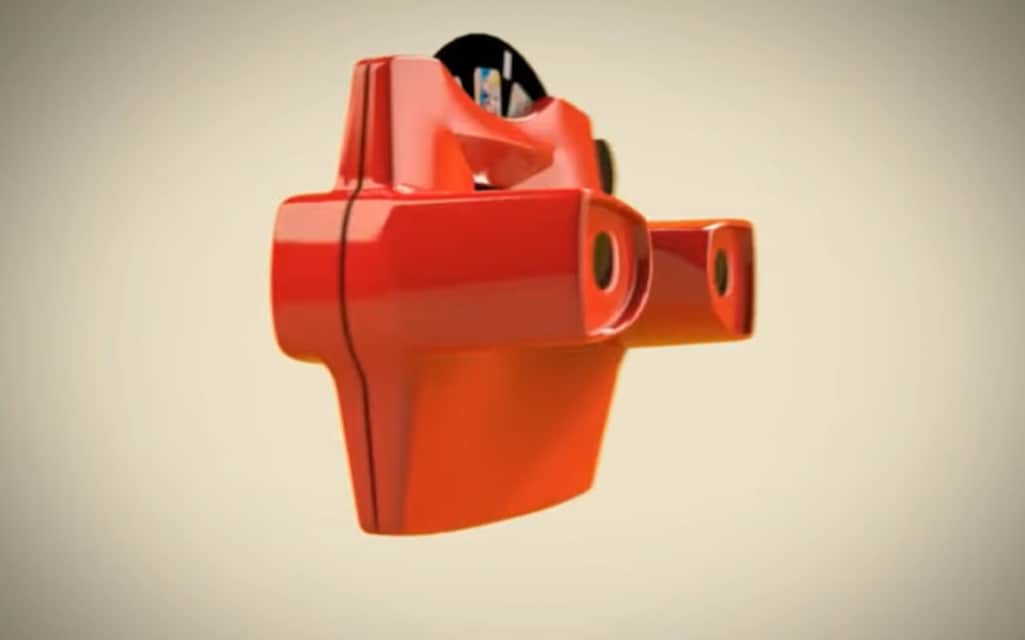 The View master was a toy that revolutionized the world, although very few know its origin or how it works until today.

This gadget is based on the first scientific investigations about the three-dimensional formation of images in our brains. Willam Gruber, its inventor, did not invent anything. He only took advantage of the stereoscope concept, which had already been a novelty in 1840. Stereoscopes, as their name suggests, are based on the idea of a stereo image. The same flat image (in two dimensions) is duplicated; that through a viewfinder with lenses allows each eye to receive the same information separately and reconstruct it in the brain as one.

The trick for these two images to generate a single 3D image is that they have a slight lateral displacement. This displacement is neither more nor less than the real representation of the separation between our eyes.

The brain perceives this small “shift” between images and corrects it by virtually mounting a single composite image with both sides’ overlap, as it would do with everyday vision. That is when this mismatch between the two images produces the magical effect of depth.

The stereoscopes were a fashion and entertainment of the society of the 19th century where the photography began to revolutionize all the scopes and began to incorporate itself gradually into daily life like the great discovery.

The stereoscope was an incredible invention. It was presented in the universal exhibitions of the end of the century as a great discovery.

But beyond the fact that the experience was beautiful, it was a “gadget” that was too expensive since it was based on paper photographs that had to be produced in series.

But the worst pitfall it had to overcome overtime was the fact that it was an individual experience. At the beginning of the twentieth century, cinema entered society like a thunderstorm; the static images system in three dimensions would fall into oblivion.

It was not until 1939 that View-Master became a consumer product, reflecting the idea of stereoscopic images.

The American company, Swayer’s, was the largest producer of tourist postcards in the United States. Its owners were looking for a new “souvenir” that would allow them to innovate in tourist and natural landscape photography.

So the owners met with William Gruber, a photography enthusiast who had already mounted two cameras next to each other on a tripod, to make stereoscopic images. He suggested the idea of mounting two slides of the new 16mm Kodachrome color film on a rigid cardboard disc and then adapting an existing stereoscopic device for viewing. This is how View-Master was born, the contemporary viewer for tourist photographs.

Regardless of the time, the viewfinder’s operating principle was always the same, with two lenses and a manual mechanical system that allows the images to be passed through by using a lever. The disks incorporate color slides, placed between rigid cardboard that holds them. A total of 14 images resulting in 7 3D images. Each print is placed with its pair at eye level. And each time the lever is operated, the disc rotates, positioning a new set of double images in front of the eyes. It was tremendously popular from the 50s until 2008 when it was released..

Today we see a resurgence of this small device thanks to Google’s partnership with a toy company that retains its rights, but this time, as a 3D and augmented reality viewer. But for those who are nostalgic, you can buy a personalized view master with your favorite photos.

Everything You Should Know About Electrical Fires

Online Video Maker: What No One Is Talking About

Secrets to Know Before Buying a Car