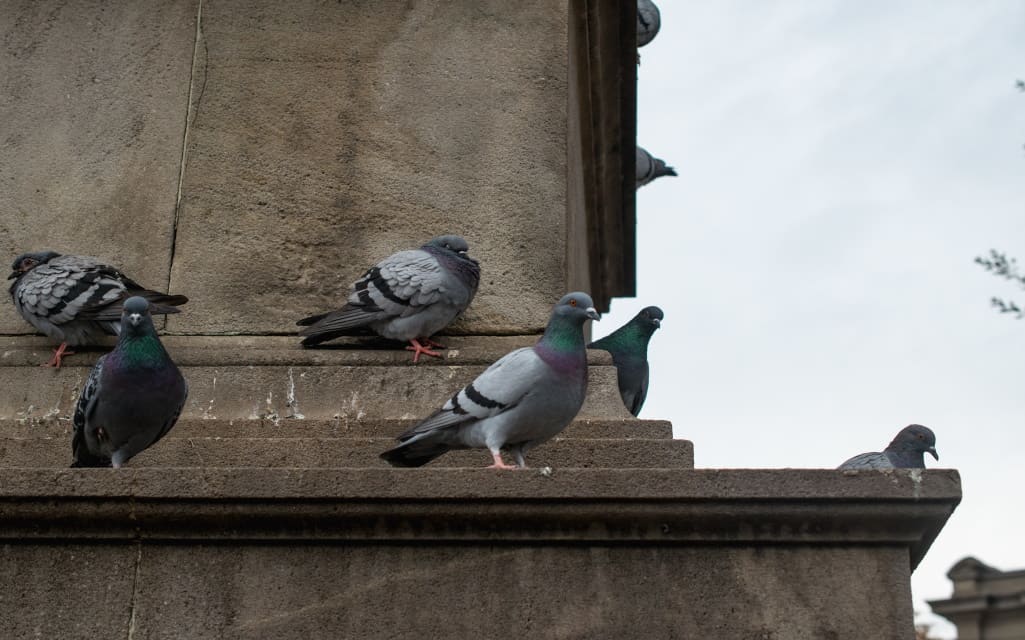 Most Las Vegas building owners will admit that the city’s feral pigeon population is a growing problem that requires urgent attention. Pigeon flocks consist of hundreds of birds that pose a health hazard to humans, including carrying ticks and mites in their dander. Pigeon droppings cause an unsightly mess, and accidental contact could make people ill.

Many measures have been contemplated as ways to control the pigeon population. They fall into one of two categories: reducing reproduction or increased mortality. Here is a look at five common pigeon control methods and their efficacy:

Reducing pigeon reproduction is more humane than increasing mortality, according to a Las Vegas pigeon control service. Additionally, it is more effective in the long run as population growth begins decreasing immediately. Building owners might wonder how anyone could interrupt the pigeon reproductive process. However, it is possible when using pigeon birth control bait.

Urban feral pigeons reproduce at an alarming rate, more than double those living in the wild. Living in city centers like Las Vegas provides them with easy access to ideal nesting locations and a reliable source of food and water. This creates optimal breeding conditions, and feral pigeons may breed up to eight times per annum. Their young remain with them for about a month before leaving the nest, whereupon breeding begins again.

Pigeon birth control disrupts the breeding process by causing females to lay eggs that do not hatch. It reduces a pigeon population by up to 50% within the first year when used and distributed correctly. This involves introducing a regular feeding schedule and incrementally adding bait to the pigeon food. Many people are concerned that other vulnerable bird species might also consume the bait. However, this is unlikely given that pigeons are greedy and territorial and chase others away from their food supply.

Another method of interrupting the pigeon breeding process is nest destruction. Pigeons are not great architects, and their nests are relatively flimsy, making them easy to destroy. The challenge is getting close enough to remove the nests, especially in large industrial buildings, where pigeons may nest on flat roofs, under building eaves, or indoors in roof rafters.

Nest destruction is hazardous, as the dander that lines them might be toxic and cause illness. Anyone tasked with destroying pigeon nests should wear full protective gear, including safety glasses, gloves, and overalls. Many homeowners undertake this task themselves, which should not be problematic, provided they take sufficient precautions.

Hiring a professional pigeon control service is preferable for large buildings home to hundreds of pigeons. Nest destruction only has limited effects on pigeon breeding. Since these birds do not put much effort into constructing nests, they rebuild them and start over.

Pigeons are scavengers and are not above rooting around in garbage cans and dumpsters looking for food. They will eat just about anything, and limiting their access to food can be challenging. Measures to accomplish this should include keeping trash receptacles closed, cleaning up litter, and not leaving bowls of pet food outdoors.

Using the pigeon birth control bait mentioned before is effective as it establishes a feeding routine. Pigeons love nothing more than a steady food supply. When they get fed once a day at the same time, they will arrive to get their fill. They will not feel the need to look elsewhere for food.

Increasing pigeon mortality is a euphemism for culling, a process that involves killing pigeons. Before adopting this process, owners should investigate the legalities as some states and cities have laws against culling animals, deeming it inhumane.

Truth be told, culling is a messy business that seldom yields the desired result. It does not reduce the pigeon population as effectively as measures to disrupt the breeding process.

Even in areas that permit pigeon culling, authorities might mandate specific methods to make it as humane as possible. Building owners are not advised to shoot pigeons as it could get them into legal difficulties. Poisoning should not be an option either, as it could unintentionally kill vulnerable species.

Laying pigeon traps and relocating the birds after catching them will not stop pigeons from breeding. These birds are legendary for their astounding homing instincts. Pigeons do not migrate, and they never stray far from home. If they are taken somewhere else, they use their intuition to return home without delay.

Many tales have been told of people who trapped pigeons and took them far away who found those very pigeons waiting for them when they got home. Pigeons have incredible endurance and can fly for hundreds of miles without stopping.