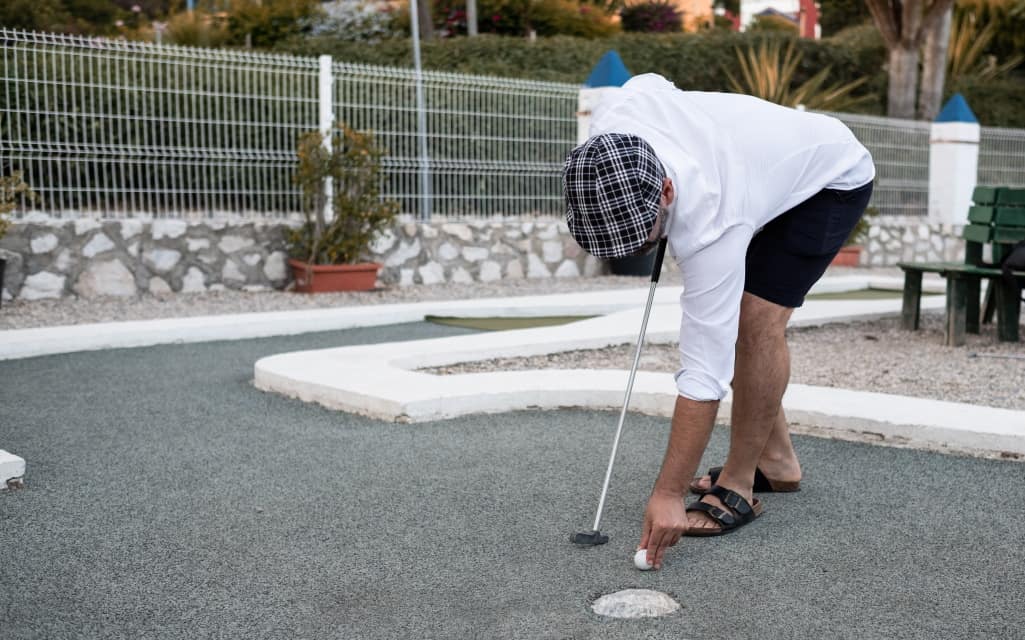 As you dive more and more into the world of golf, you may be surprised to find out that there are so many different ways to play. Some of the most common include golf scramble, best ball, and urban golf. In this short article, we’re going to focus on how to play urban golf so that you can add this sector of golf to your playbook.

What Is Urban Golf?

Before we can discuss any urban golf rules, we need to first start out by revealing what urban golf actually is. You may hear urban golfing referred to as street golfing, anarcho golfing, or cross golfing. In this type of golf, players hit balls at specified targets with a variety of clubs.

This informal golf game allows for golf enthusiasts to play in any outside setting, even on a back street. On each round, a specified target is chosen, and a certain number of shots to hit that target are agreed upon. Urban golf can be played by individual players or in a team format.

This sport was first thought to have originated in Berlin, Germany, back in the 1990s. It has gained popularity among other European nations. More recently, this informal golf game has made its way to the streets of the United States.

How Does It Vary From Traditional Golf?

When most people think about golf, they picture a nice putting green. In urban golf, there is no green. That’s one of the biggest differences between the two games. With urban golf, players are using their surroundings as the course. Instead of created hazards like bunkers, urban golf utilizes the natural obstacles in one’s surroundings, such as a park bench.

When learning what is urban golf, we can’t forget to explain that it can be played with a variety of balls. Unlike traditional golf, where one must use a regulation golf ball, urban golf is more informal. A person can use a variety of balls. Some popular kinds include tennis balls, Cayman balls, squash balls, and airflow balls.

How Is It Similar To Traditional Golf?

While many urban golf rules regarding one’s surroundings vary greatly from traditional golf, both games have some striking similarities. First, the objective of both games is to get the lowest overall score for the entire course that is played. In traditional golf, this is for 18 holes. In urban golf, the number of holes played can vary.

Much like traditional golf, urban golf is set up with the same structure of having a pre-assigned par for each target or hole. Each player attempts to get as close to par as possible. With urban golf, each round may not end in a hole. Rather, it ends when the player hits the pre-designated target.

What Clubs Are Used For Urban Golf?

As you’ve discovered, urban golf can be played with a number of different balls, all with their own unique size. For this reason, an avid urban golfer is going to need a few different clubs in their bag. For starters, you’ll need a driving iron. Opt for nothing longer than a six iron.

You’ll need to have a scoring iron, preferably an eight or nine iron. Lastly, you’ll want to have a putter or wedge handy. Remember that you’re going to be dealing with many rough terrains, so being able to hole out is a much-needed capability for your winning game. Be sure to visit www.GolfClubsGuru.com to find many instructional guides on how to play urban golf effectively.

What Are The Targets In Urban Golf?

By now, you’ve likely figured out that urban golf usually consists of hitting specified targets, not holes. However, you’re probably wondering just what those specified targets are going to be. The truth is that it changes depending on the course that you play.

In urban golf, some commonly chosen targets are street signs. In some cases, the target may be to sink the ball in a park fountain or hit the top of the trash bin. The targets are really up to the people who are playing or organizing the game.

While urban golf did start off as a fun pastime for children aspiring to be pro golfers, it has turned into a worldwide practice. Colleges are even sponsoring urban golfing events as there is such a high demand for this unique take on the game of golf.

Due to the ability to use existing objects in any environment as a course, setting up urban golf is much easier than prepping an area for traditional golf. This is really an inexpensive way to enjoy the game of golf with a little extra flair of challenge. It’s suggested that urban golf will continue to grow in popularity over the next decade.

After reading about how to play urban golf, your interest may have become piqued. Urban golf is a great way to expand your golfing practice off of the course in a uniquely fun way. The best part is that you can craft a spur of the moment game with friends with little more than a few irons and some random balls of your choice.

Particular Places to Sell Gift Cards and Get Cash

How Can CNC Machining Help in Gaining Precision in Your Work?

How can you choose the best locksmith near me in Greensboro NC?

The process of how laminate flooring is made

How To Choose The Right Water Heater For Your House?

Most Common HVAC Issues & How to Fix Them

The Simple Swaps That Will Help You Beat Your Bad Habits