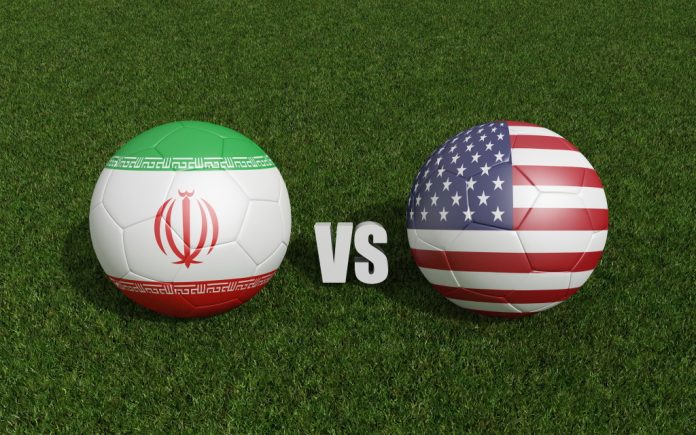 On Sunday, the Iranian Football Association strongly protested after their American counterparts changed the flag of their republic on social media before an upcoming match between the two arch-rivals. There are now calls for America to be excluded from future World Cups.

In its final Group Two match on Tuesday, the Iranian national team will play against America. If it wins, Iran moves on to the FIFA World Cup Round 16 in Qatar.

After Mahsa Amini, 22, was killed by the morality police after being arrested Iran saw more than two months of demonstrations. Which later inspired the Iranian national team to use their match against America as an opportunity to create a show of solidarity.

In a highly unprofessional act, the US Soccer Federation’s Instagram page removed the symbol of God from the Iranian flag. The Iranian Football Association immediately sent an email to FIFA asking for it to issue a serious warning to the United States Soccer Federation, IRNA (the official news agency) reported.

The flag of Iran is three horizontal stripes of red, white, and green. In the middle of the flag, in stylized script, is the word “Allah.” The posts on American Federation’s Instagram and Twitter pages have since removed the word from their flags.

An NFL spokesperson said that the post had been deleted and substituted with one displaying the right flag, but commented that “We still support the women of Iran.” The removal comes after public outcry when it was discovered that an American Federation media official posted a photo appears to feature solidarity with women in Iran.

According to Iran’s Tasnim news agency, the US team broke the FIFA rules and should be banned from playing in the World Cup. The agency tweeted that “the appropriate penalty is a 10-match ban.”

The legal advisor of the Iranian Football Federation says the sports association will file a complaint against the US Soccer Team to FIFA’s Ethics Committee after the US Men’s National Soccer Team disrespected the national flag of Islamic Republic of Iran. https://t.co/z7uOrykk9k

The United States and Iran broke off ties in 1980 after American students were held hostage at the US embassy in Tehran.