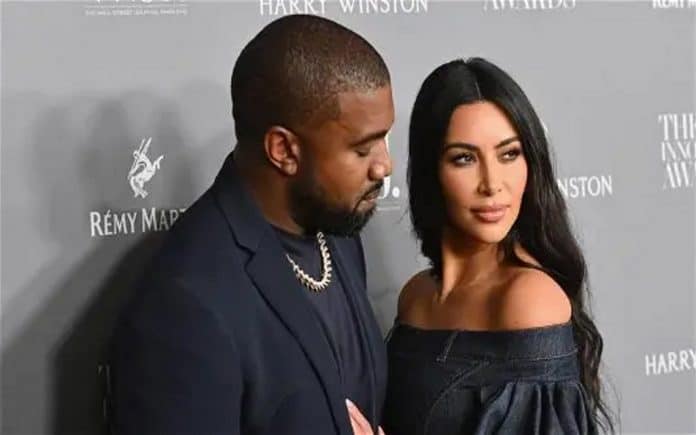 Sources close to American rapper Kanye West revealed that he married engineer and designer Bianca Sensory, two months after his divorce from Kim Kardashian, in a private party, but without officially registering the marriage.

The sources confirmed that Bianca joined the yeezy company owned by Kanye in 2020, and it seems that the marriage was not agreed upon between the two parties in the past, as they did not date and no rumors emerged indicating the existence of a love relationship between them.

And Kanye finally appeared wearing a wedding ring, and the paparazzi lenses documented pictures of him accompanied by his “wife” as they ate lunch in Beverly Hills.

Until now, Kanye has not confirmed or denied the news, amid its extensive circulation in the American press.

Kim Kardashian’s daughter transforms into a copy of Kanye West