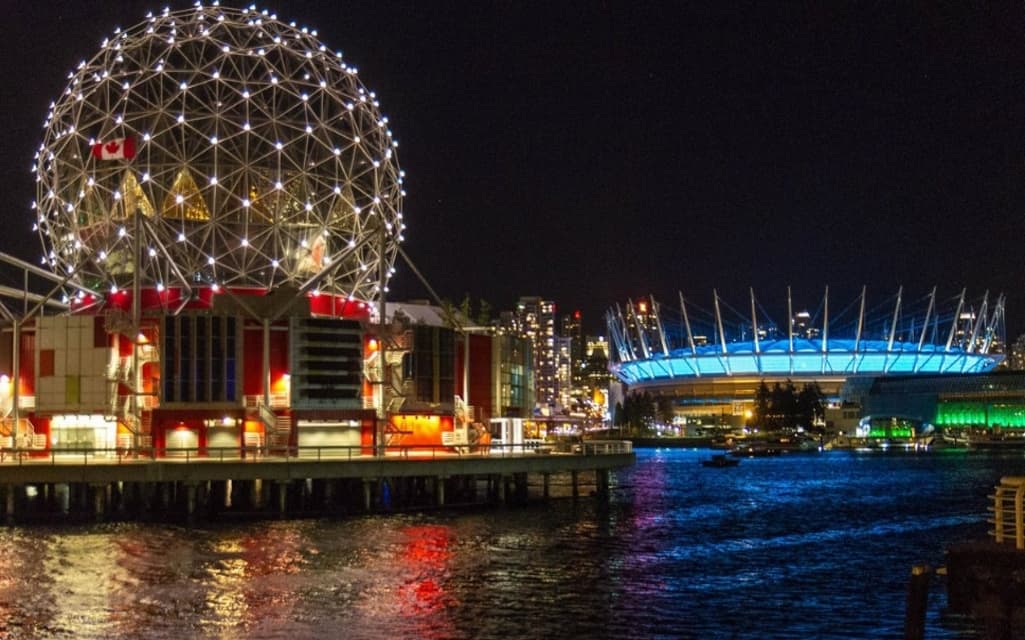 If you have never taken the time to tour around Canada to see the amazing Canadian architecture, then you should consider doing so really soon. The country has as diverse buildings are its citizens. Here are 7 of the most popular and breathtaking buildings.

The 155-foot in height geodesic dome is located in Vancouver. This is a state of the art building whose dome’s weight is about 15,000 pounds. It was made using a lot of aluminum and aluminum panels giving it the shiny appearance. One of the major events the building has hosted is the Expo 86, serving as the Expo Centre. Make sure you make an ETA application for Canada online so you can visit Vancouver to witness this amazing site.

Montreal homes the fascinating Habitat 67. The building was built in 1967 as part of the World’s fair. At first, it was designed for a college thesis projected towards Moshe Safdie, a famous Canadian architect. The architect still owns one of the units in the building to date. There is none like this structure in the world making it a part of your must-see list.

The Art Gallery in Ontario

Originally, the AGO was built back in 1918, but it has been added to and renovated over the years by different architects. However, It was not until 2008 that the AGO took its excellent shape under Gehry, the famous architect. The building was made using glass and wood façade hence the crystal ship resemblance. It is quite a view, especially in the night.

The beautiful and unique red brick building is another one of Canadian breathe taking buildings. It was designed and built in the year 1892 as office space for George Gooderham, the son of the well-known millionaire, William Gooderham. As much as it looks like a billion dollar building, it only cost $18,000 to put it up. The build has five stories, glass windows that are stained and an elevator that uses the crank style as it would be expected of its time. Its architectural work was under David Roberts Jr, a famous architect in the area.

This is one of the excellently done buildings which brings praise to the city of Toronto. It is a 21st-century building, put up in 2004. The building was as a result of a partnership between Will Alsop, an architect from Britain and Rob Robbie the Canadian. It is a modern design showing the current trends in urban designs around Canada. It holds office spaces for Ontario College of Art and Design in Toronto plus residential units. Annual tours by Toronto Society of Architects are held here during the spring season.

Situated in Quebec, the library was first built as a church in 1964 under the designer, Jean Marie-Roy. It was later turned into a library in 2013 so as to give it a higher level of reverence. In more common words as used by Hanganu, the building can be seen as a huge tent inflated by the wind. It is one of a kind piece of architecture.

When talking about paying attention to details in architecture, the Montreal Biosphere is a good example. The man of many skills from the United States, Richard Buskminster Fuller, was the brains behind the amazing and extraordinary work. He is an architect, inventor as well as an engineer. The inspiration behind the design was in Fuller’s conviction of livable spaces being creatable using fewer materials than those used in normal constructions. He also made use of the geodesic design. Currently, Montreal Biosphere is used as an environmental museum by Environment Canada.

Canada is a home for not only the listed above but a lot more famous buildings. Even a person who is not keen on architecture cannot fail to be captured by the beauty and uniqueness of these buildings. We are looking forward to seeing more modern buildings in the coming years.

Should I hire any lawyer for an Uber/Lyft Car Accident case?

8 Must Know Tips When You Plan To Travel In Canada

5 Benefits Of Private Treatment vs The NHS

What are the Amenities Buyers Look in a Luxury Condo in Toronto?

Should I hire any lawyer for an Uber/Lyft Car Accident case?

8 Must Know Tips When You Plan To Travel In Canada

5 Benefits Of Private Treatment vs The NHS