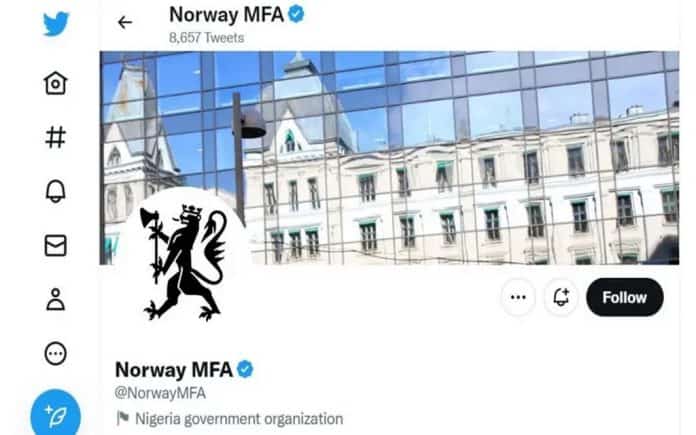 The Norwegian Ministry of Foreign Affairs had a hilariously peculiar request for the Twitter Support Department, which was made via their official account.

The Norwegian Foreign Ministry joyfully tweeted to @TwitterSupport, “We appreciate our bond with Nigeria and the alphabetical reunification we share. We’d be very grateful if you referred to us as Norway,” followed by a cheerful emoji!

According to the Ministry of Foreign Affairs of Norway’s official documentation, this government organization was inaccurately identified as being a part of Nigeria. In addition, the names for both their Prime Minister and Foreign Minister were also incorrectly reported.

Dear @TwitterSupport, as much as we enjoy our excellent bilateral relations and close alphabetical vicinity with Nigeria, we would much appreciate if you could label us as Norway😉

After the controversial American businessman Elon Musk bought Twitter, several changes have been made to the social media platform. Recently, it was announced that its “Trust and Safety Council” will be disbanded.

On Monday evening, Twitter communicated their new decision to council members via an email that was subsequently acquired by US media.

Analysts viewed the move as yet another instance of Musk discarding initiatives designed to modify the social media platform into a gentler and safer environment, according to The Washington Post.

Elon Musk asks his followers, “Should I step down from my...