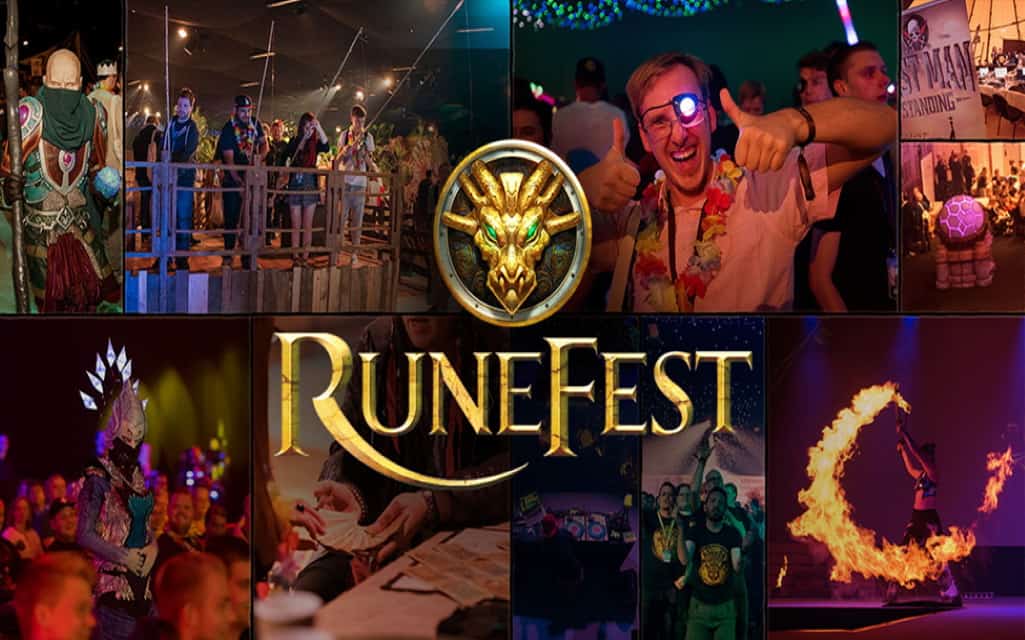 RuneFest, the annual event hosted by developer Jagex, is going to return this year in October. For those who don’t know, the event is hosted for celebrating RuneScape’s history and culture. The first RuneFest was held in 2010 and it has been since then held every year. It has also grown significantly over the past nine years.

The 2019th edition of RuneFest is currently confirmed to be held from October 4th till the 5th. It will be held at the Farnborough International Exhibition & Conference Centre. Just like the previous year, this one will also offer exciting things on both days. On 4th, attendees will get to enjoy the Golden Gnome Awards and other activities on the 5th.

The Golden Gnome Awards will kick off on October 4, Friday, at 6 PM. Jagex is claiming that these awards are going to be bigger and better than the last time. The purpose of hosting these awards is to appreciate the talent of content creators, streamers, and some other community members. In addition to this, the best thing about these awards is that every award nomination is voted for by the RuneScape and Old School RuneScape communities. This means that only the deserving one will win the award. Aside from this, while there will be some other activities alongside the awards on Friday night, the host will have some extra special surprises.

For the second day, Jagex is planning to provide as much entertainment as they can. They want the event to be epic, and this is the reason why they will be adding new actives and new entertainment to the second day. In addition to this, all of the biggest announcements related to both RuneScape and Old School RuneScape are also going to take place on this day. Players will also get to meet their favorite content creators and take part in a huge PC LAN Party. And oh, don’t forget to get yourself the goodies bag that will be filled with amazing things related to RuneScape.

Aside from all this, Jagex will also host an after party for their guest. During it, you can just hang out with your friends, have some drinks, and talk about how amazing the event was. Jagex is also making to make some special announcements during it, so make sure to be there till the very end. I mean, after all, you won’t want to miss anything from the biggest RuneScape and Old School RuneScape event of the year. Maybe some lucky players might even win some in-game currency so they don’t have to buy RS Gold.

If you’re interested in attending the event, then you will, of course, have to get a ticket. The Limited Early Bird Ticket is available for £135 (approximately $165), while the standard ticket has a price tag of £150, which is around $190. The best thing about this is that one ticket will be for both days. You don’t have to worry about getting a separate ticket for the second day.

Back in July, it was announced that RuneFest 2019 is going to follow a Jurassic theme. The announcement video revealed that Jagex wants to create the “land out of time” complete with giant dinosaurs and plants that try to eat you when you get close to them. In addition to this, the video also confirmed that players will get the chance to meet and talk with RuneScape “Jmod” developers, meet creative teams, and more.

The event will also allow players to test out new and exclusive RuneScape and OldSchool RuneScape content. This will allow them to see what their favorite developers have been working on since the past year. Jagex is also planning to make a really big announcement on the main stage, so make sure to be there on time. The events manager of Jagex described the event as “opportunity to bring more of our living game world of Gielinor to life than ever before.” He further added, “there’s no better way to connect with the ever-expanding RuneScape community than by bringing everyone together.”

RuneScape was released on January 4, 2001. Despite the fact that the game came around almost eighteen years ago, it is still loved by a lot of players. Its popularity can be seen from the fact that it has been recognized as the world’s largest and most-updated free MMORPG game by the Guinness World Records. Over the past years, Jagex has made various changes and improvements to their game. They have even added new items to it that players can buy using RuneScape Gold. While the game was originally released for the PC, it made its way to Android and iOS devices in 2018. This increased the player base for the game.

The Delivery Business is Driving Technology

5 Reasons Your Mac Is Dying So Fast

How have specific industries implemented the use of alloys?

What Are USB OTG Cables and Do You Need Them for...