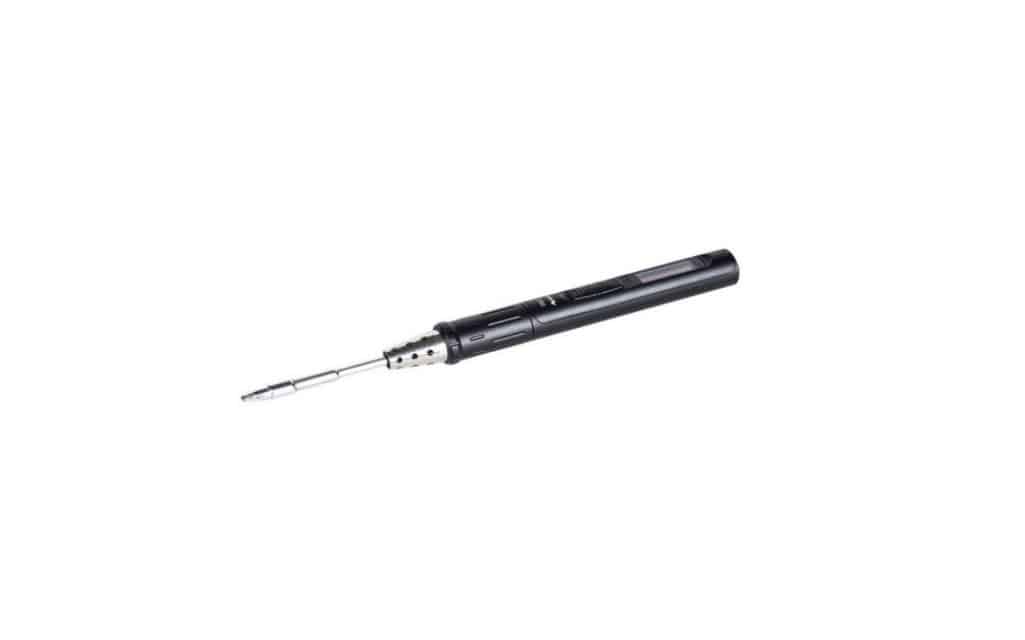 People are recommended to consider the temperature, wattage, size and portability

A soldering iron, which is composed of a heated metal tip and an insulated handle, is a kind of hand tool used in soldering. With so many choices of soldering iron in the market, you may be dizzy when selecting the right one for your electronic projects.

Here are some tips for you to buy the suitable soldering iron.

According to the other type, the soldering iron can be regulated far better. Even if its heat would be drawn away by the object being soldered, it can regain the heat because of property of temperature control.

Speaking of this trait, people might think of e-Design’s TS80 Soldering Iron which has been available in the market. It’s equipped with the built-in chip STM32 chip and is capable of smartly controlling the rise and fall of the temperature. And the soldering iron with this characteristic is a bit more expensive than any other kinds.

Therefore, it’s advised that the buyer choose the one with the temperature regulation. If not, it’s hard to maintain the temperature adequately, and it would be difficult to melt the solder. 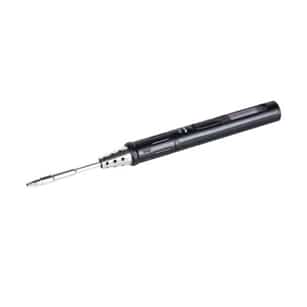 Besides the temperature, you’re expected to consider the wattage of the soldering iron. The typical one is rated between 30 and 60 watts. When soldering the resistor element, transistor, integrated circuit, the pad of the printed circuit board or the plastic wire, which are with the low wattage, you’d better use the external thermal soldering iron with 30 to 45 Watts.

There’re lots of soldering irons of various sizes in the market. The small one is mainly for the fine work, which requires the delicateness. e-Design’s TS80 Soldering Iron has the same size as a pen and can be carried in a pocket, which is quite suitable for welding the delicate component. And CircuitSpecialists’s CSILED45 is also known for being lightweight. What’s more, there’s also the large type, which is used to solder the product which is less delicate. Additionally, Portability is what the buyer usually pays much attention to. e-Design’s TS80 Soldering Iron can be charged by the mobile power and therefore; sometimes users just need to carry the TS80 and the portable charger to accomplish the electronic project. That’s why e-Design’s TS80 Soldering Iron may catch users’ eyes. 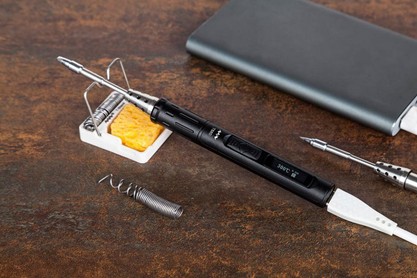 Before making the buying decision, you’re supposed to take these factors into account. That would be helpful for you to select the right soldering iron kit.

To find out more, feel free to visit http://www.miniware.com.cn/.

How to Use Teak Wood Furniture for Home Interior Makeovers

Must-Have Designs for Your 2023 Garage

Why Roller Blinds Are The Most Popular Window Covering Choice

Best Tips To Reduce Your Home Heating Bill In The Winter

How To Shop For The Best Pool Covers?