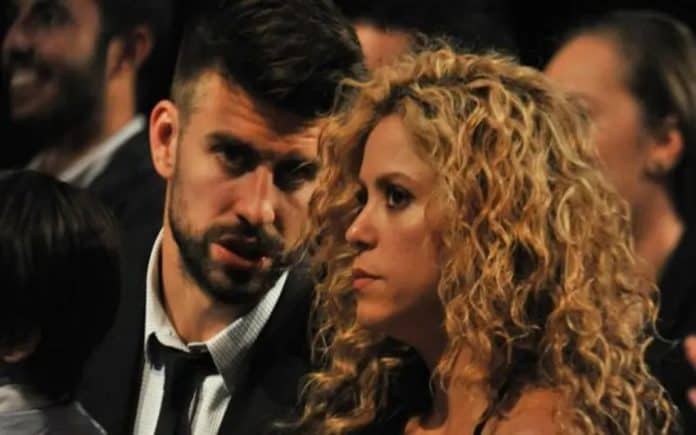 A new song released by international superstar Shakira, in which she “mockes” her ex-boyfriend, Spanish player Gerard Pique, set records with more than 71 million views in just 24 hours, which makes it the fastest-watched “Latin” song in the history of the platform, according to what the newspaper said. The Guardian , Friday, January 13, 2023.

Shakira and Pique, who played football for Barcelona, ​​Manchester United and the Spanish national team, separated in June 2022, after they had spent about 10 years together and had two sons.

Shakira and DJ “Bizarab” joined forces to create a masterpiece, in which Shakira proudly proclaims that she is as vibrant and energetic as two 22-year-old women. To show her strength even further, she declared that trading away flashy luxuries such as Ferraris for Renaults or Rolex watches for Casio ones doesn’t change the essence of who she is.

In the song, she said that she is at a level “above his level (Pique), and that is why he is with someone just like him,” and invited him to spend time training his “mind” just as he spends time training in the gym.

It was during the filming of Shakira’s music video for “Waka Waka” at the 2010 World Cup in South Africa, that Pique and the Colombian singer first connected. It proved a fateful meeting as it would be in this tournament that his home country won their very first title.

He announced his retirement permanently

In November 2022, Pique, Barcelona’s Spanish defender, announced a sudden end to his career in the world of the round, announcing his retirement from football.

Football and Barcelona provided me with all that I ever wanted, and the wonderful Catalans made my dreams a reality. Now that this boy’s aspirations have been fulfilled, it is time to close this incredible chapter of my life,” he uttered in an emotionally-charged short film featuring childhood footage where he wore his beloved Barcelona jersey.

He continued, “I have always said that there will be no team after Barcelona.. sooner or later, I will return.”

Pique arrived in Barcelona at the age of ten before leaving Catalonia in 2004 to join the Manchester United Academy, with whom he won the domestic league title and the European Champions League in 2008, before returning in the same year to his childhood club.

He played with the Spanish national team between 2009 and 2018 and won the 2010 World Cup and the 2012 European Cup with him, before retiring from international football after the last World Cup in Russia.

Off the field, he was associated with the Lebanese-Colombian singer, Shakira, and they have two children, and last June they announced their separation.

(Video) Pique responds to Shakira’s song after it was widely spread.