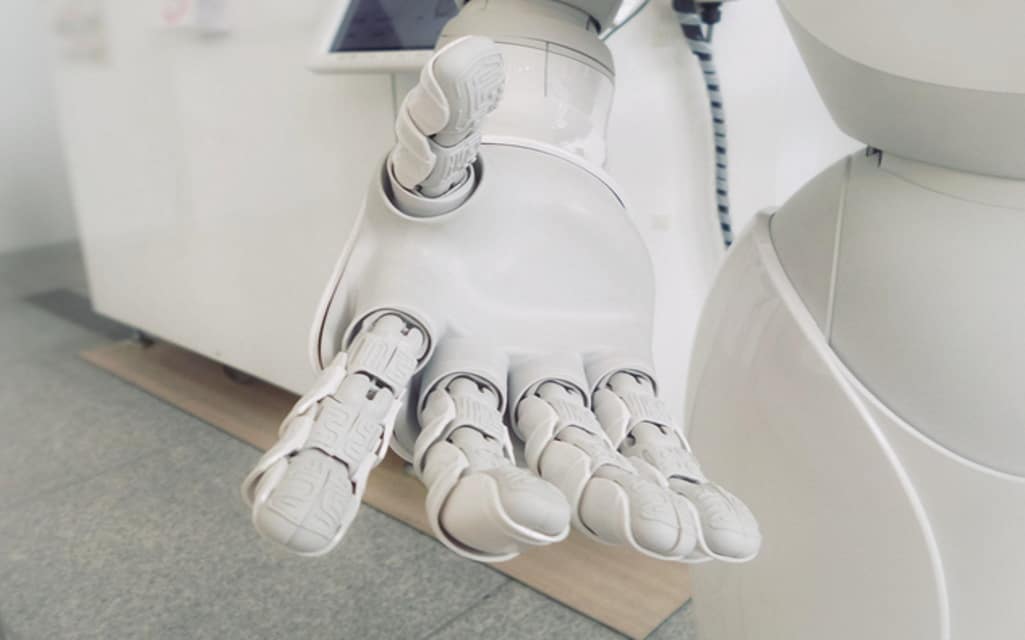 The global writer community was troubled by the first mentions of effective AI use in content writing in 2018-2019. Around two years ago, the first successful experiments with training AI algorithms to produce human-like texts, and commercial slogans were publicized worldwide, causing many companies to resort to technology instead of people.

The rationale behind a gradual transfer to AI-produced writing is understandable; machines do the work quicker and can work without night seep or days off. Besides, computer-generated content is invaluable for huge stores with millions of product pages, each of which requires an intelligible description.

As a result of promising gains in AI natural language processing, some leading businesses, such as Alibaba, JP Morgan Chase, and Toyota, have tried AI content production. The results were outstanding, throwing a shadow on the survival of an essay writer profession. If people can be effectively substituted by super-productive robots spitting out tons of text per second, who would pay a dollar per word to a renounced journalist?

So, is the writer’s profession really at risk? Let’s clarify the point to see what the future of AI development holds for these specialists.

How Does AI Help to Produce Copy?

First, it’s vital to keep in mind that humans still moderate machine-produced texts in most AI application cases. That is, nobody publishes texts generated by machines without having a human look at them, weighing their propriety, and evaluating their intelligibility for people.

For instance, the AI copywriter used by Alibaba at its Tmall and Taobao e-commerce platforms proved effective in product description production, but it generated several text versions. Afterward, a human editor chose the most suitable variant, thus editing the machine’s work. In this way, as Alibaba put it, AI algorithms for text production are meant not to substitute, but to aid writers. The latter doesn’t need to produce text, only choose among several alternatives offered by technology.

Another limitation of AI in writing is that most AI machines have limited creativity by using deep learning and natural language processing. Their training takes months to achieve a human-like level of writing proficiency on a particular subject. Thus, the AI algorithms working on speech production are based on the analysis of tons of data. Without massive input from humans, machines have nothing to base their writing on, while humans can work with limited data and exercise impressive creativity.

So, with the bright prospects of AI, the importance of human input still shouldn’t be underestimated. Head of Content Management Team of Grademiners, Scott Fence, says that the time of AI supremacy over human writers is only yet to come. “It’s going to take at least ten years more, so the machine could produce the piece that would be similar to the humanly written”.

Though AI-enhanced copywriting is relatively young as an AI niche, there are some champions among large companies spearheading the change.

In this way, JP Morgan Chase signed a deal with AI provider, Persado, for five years of automated marketing copy creation. Surprisingly, the gains of this partnership quickly became evident, with AI copy outperforming the human-written variant. Another beneficiary of Persado technology was Air Canada – the company experienced a 48% increase in email marketing open rates with AI-generated slogans and titles.

Another champion in the use of AI-written texts is Alibaba. As mentioned above, the e-commerce giant applied its brand-made AI copywriter to generate tons of text for its e-commerce platforms, with human assistants serving only as content moderators and editors. The capacity of AI content generation by far exceeds that of humans, enabling unrestrained content updates for massive e-commerce platforms without quality and clarity compromises.

At the onset of AI technology, writers did not worry that much because machines could not produce anything similar to human-like creative writing output. But with such efficiency and productivity gains observed within the past couple of years, writers’ solid position gets shakier.

Here are some facts for writers to consider when thinking of the upcoming disruption:

A handy analogy that can calm writers down is the existence of micro-niches in which a human writer will always be in demand. Similar to the massive disruption that supermarkets caused in the local commerce in the 1990s, forcing numerous family firms to close, AI is changing many industries’ landscape in the 2020s.

But as small firms found their way into the local business and managed to differentiate themselves from large chains, writers can also hone their talents and occupy the empty creative niches. There is no use teaching a machine to compose funny stories as this is not a commercially viable niche. Still, writers can build a reputation in the humorous story niche, ensuring that their services remain demanded.

Pros and Cons of Using AI to Write Copy

Now that we’ve considered the specifics of AI use and have touched upon the risks to human writers AI development brings about, let’s see whether AI use is as desirable and beneficial as people think.

Here are some pros of using technology instead of human beings to produce content:

However, along with these evident benefits an AI writing algorithm owner can reap, one should not forget about some evident downsides of such technology:

No matter how quickly AI advances, it still has some serious bottlenecks as writing is a unique human intellect product. Experts point out the following challenges for AI developers to overcome:

While the NLP capacity of computers expands in leaps, there is still much for them to embrace and master. AI-powered assistants like Alexa and Siri have ‘learned’ to understand human speech and respond to the interlocutors. However, they are still far from supporting a coherent discussion and producing cohesive text from scratch.

Machines face a serious limitation in terms of how they understand the material. All people are unique; they have different temperaments, mindsets, and a unique set of previous experiences that shape their comprehension and conclusions from given texts. Thus, different people will produce different content, even if they are given the same writing task.

Teaching machines to process information differently is an insurmountable challenge today, mainly because machines are not humans and have no shaping experiences.

Human creativity is about generating ideas out of nothing, while machines produce content only based on the input fed into the system by people. Thus, the way machines work with uncertainty is a considerable setback in the AI-generated writing niche.

Again, people base their judgments on past experiences, something that machines lack. So, human writing is unique because of the writer’s tone and voice, the manner of material delivery, and how they structure arguments to convince the reader. A subjective appeal adds uniqueness to a piece of writing, making it a specific individual’s product. In machine writing, the individual tone is absent.

Will Human Writers Be in Demand?

As the presented facts suggest, AI is quickly advancing in many directions, and content production is one of the industries affected by this new technology.

While AI algorithms still cannot generate literary masterpieces equal to those of Shakespeare and Walt Whitman, they successfully cope with finding an appeal to the readers based on big data analysis and user preference research. The writing niche is also bound to evolve as a result of AI introduction; there is no way to avoid the progress, no matter how irrelevant it may seem for a subjective, emotional, and creative area like writing.

So, what should writers do in response to the looming threat? Options are numerous, and changing a profession is the worst of all. First, you can try to adapt to the AI introduction by mastering some AI tools and apps. Using them as assistants or analytical tools can enhance your productivity, hone the editing focus, and enrich your overall writing style. Second, you can carve a niche in the writing industry by focusing on what you can write the best (and what machines definitely can’t).

Anyway, there will always be a place for humans in writing, and your strategic task is to welcome technology fearlessly, make friends with it, and use it to your advantage.