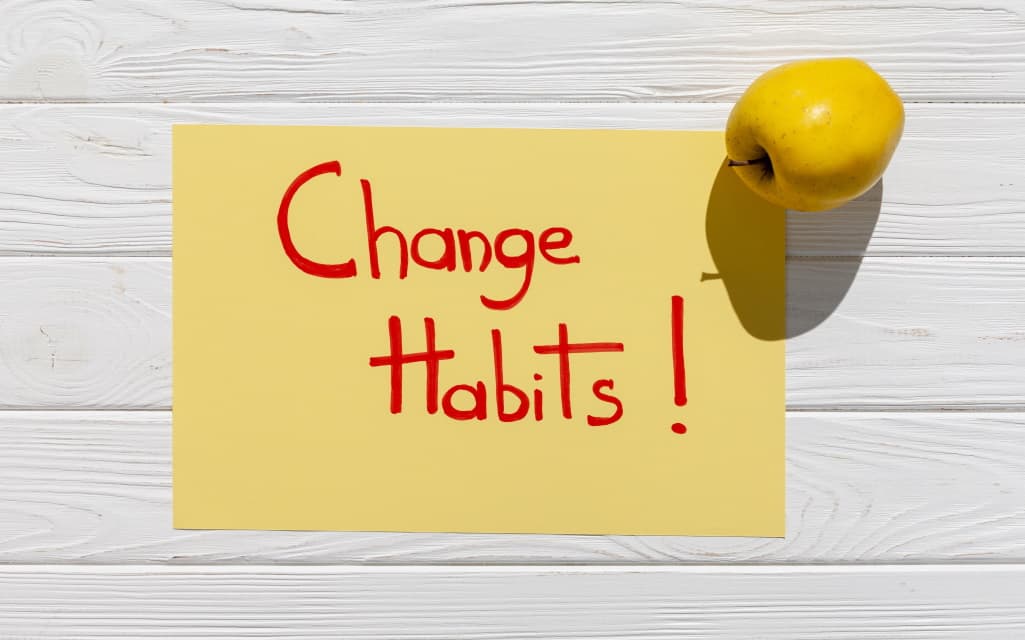 We all have bad habits, and we all know these bad habits aren’t beneficial. Whether it’s overeating when we’re stressed or obsessing over our daily calorie count, there are lots of ways we self-sabotage. Instead of setting ourselves up for success, we give in to what’s easy and feels good in the instant, even if we know we’ll regret it later.

Sometimes, however, those habits are easier to crack than we imagine. We’re so convinced by the thought of how difficult it’s going to be that we don’t even try. This is an egregious error on our part. In fact, some habits can be stopped simply by swapping to a healthier alternative or adopting a more positive outlook.

Here, we look at four simple swaps that could change your life.

Almost 70 percent of adult smokers want to quit. That’s an astonishing number. 55 percent actually attempt to do so, but only eight percent remain successful after six to 12 months. One of the reasons so many people fail is because they try to go cold turkey.

A more effective approach is to make the transition incrementally. Stop-smoking aids can help. These take several forms, from nicotine patches to snus. The latter is a type of chewable tobacco, which instantly eliminates the dangers of second-hand smoke for those you live with. It can be purchased through numerous online stores, such as the one linked here.

These aids continue to deliver the nicotine hit your body craves but contain less harmful chemicals than cigarettes. This makes them a great option for gradually quitting smoking as your body doesn’t have to adapt to as many changes at once.

Hands up if you have a sweet tooth! Most of us do, but it can get to a point where you’re indulging far more than is normal or healthy. If this is something you can relate to, act now to protect your dental health and reduce your sugar intake by swapping milk chocolate for dark.

Even though dark and milk chocolate have the same number of calories, the former has fewer carbohydrates and fat. It also contains more beneficial nutrients, such as copper, iron, zinc, and selenium. It still tastes great but is an awful lot better for your health than the alternative.

If you’re looking to lose weight, you can attest to how stressful weigh-ins are. There’s so much guilt tied in to “falling off the wagon”, and you probably hold your breath each time you wait for those numbers to flash up.

This isn’t a healthy or beneficial approach to weight loss. Numbers mean very little and don’t always provide an accurate picture of overall health. Muscle really does weigh more than fat, so try to go more by what you see and how you feel than anything else.

Instead of weighing yourself religiously, focus on how much time you spend working out. A balanced diet is key, but exercise is the best way to improve your health and fitness in a manner that isn’t detrimental to your happiness and feeling of self-worth.

Following on from that last point, it’s as important to address the negative habits that impact our mental health as the ones that affect our physical wellbeing. It’s so easy to be hard on ourselves. Most of us are more self-critical than anyone else could be.

It’s time to break that bad habit. Next time you start mentally beating yourself up or berating yourself for something you’ve done, make a concerted effort to change your internal narrative. Instead of focusing on where you’ve erred, think about what you’ve done well. Make a list in your head of at least three things you’re good at or proud to have achieved. Learn to celebrate these rather than obsessing over minor mistakes.

Don’t you owe it to yourself to make these four simple swaps today?

Why Your Choice Of Courier Matters

10 Ways to Care for Your Body from the Inside Out

If you have lost your smile – then here is how you get it back.

5 Ways to Pimp Your Morning Coffee