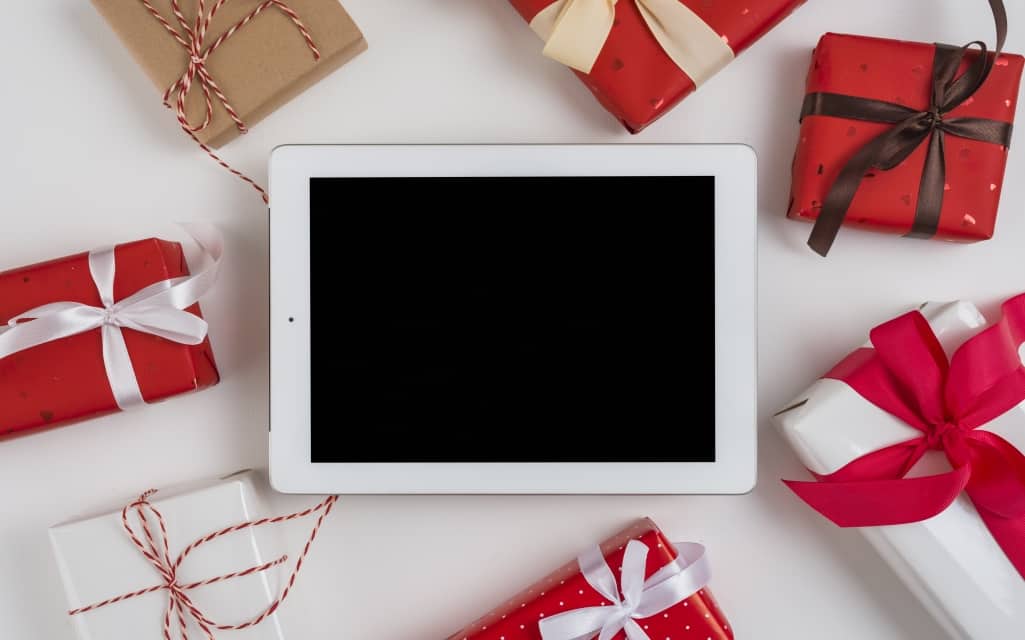 In 2019, the field of technology is at its highest altitude. Mobile phones are getting more powerful (and expensive), than the computers that were considered tech beasts just around 4 years ago. Companies like Tesla are going green and producing fully electric cars that last you just as much distance on a full charge as a full tank of gas does, and similarly, concepts like holograms are coming to life. Isn’t life becoming slightly confusing?

You go from wondering about artificial intelligence taking over and dominating humanity to worrying about what to get your tech-enthusiast friend for their birthday. Well, we can’t do much about the A.I. apocalypse, but we sure can be of help with the latter! Here are 5 best, budget friendly and useful tech gifts for the common man:

Yes, we’re talking true wireless earbuds. It’s a given that majority of the people have heard the heavy and mighty name: Apple Airpods. But that’s weight and might at the expense of your whole bank account. All exaggeration aside, Apple did set a standard with the release of the Airpods in late 2016, which was partly in response to the Gear IconX earbuds released by

rivals Samsung the middle part of that year, but these products aren’t as budget friendly as you’d want.

Which is why Xiaomi, a huge Chinese brand that’s taking the smartphone and accessories market by storm came up with the Airdots. The Airdots are just a ‘P’ and a ‘D’ away from “Airpods” and just about $200 away from them as well. The Airdots come at an affordable price of an average $40 and they certainly prove to be an amazing buy. Xiaomi is famous for giving a lot for a small price tag and that is just the principle they have applied to the Airdots. They connect with your smartphone over the faster and more reliable Bluetooth 5.0, and are a surprisingly good fit for your ear. They come with a charging dock that charges them from 0-100% twice, and one full charge lasts you about 3 and half hours of non-stop playback.

What’s worse than being out on the road, or on a hike, or being at your office having

a busy day and then going through the painful process of your phone running out of battery? Not many things. This is a problem that many people have to experience and it’s as frustrating as it is dangerous, since every service, like calling an ambulance, or the police, or a cab to get somewhere exists in the palm of our hand. Like it or not, we’re dependent on our smartphones.

The most convenient method by far to tackle this problem is to buy a power bank. Anker

is the leading company as far as power bank production is concerned, with competition from Romoss, Xiaomi and even Samsung. With the release of the

This particular power bank has a capacity of a whopping 20000 milli ampere hours, which is enough to charge an iPhone 6s more than 7 times from 0-100% on a single charge of the power bank. Moreover, Anker delivers completely safe technology with temperature control,

surge protection and high short- circuiting prevention to keep you and your device safe. And as a cherry on top, this power bank supports Qualcomm’s Quick Charge 3.0 which boosts up your battery at a blasting speed. Taking into account all the advantages of this product, it’s surprising that it retails at a reasonable price of around $50. It’s $50 well spent.

TV and Entertainment is an enormous industry in this world and a big part of our daily lives. This world is filled with binge-watchers, sci-fi geeks and Quentin Tarantino die-hards. In 2019, TV and Movie streaming services are becoming increasingly common.

Services like Netflix, Hulu and YouTube are used by a huge percentage of people on a daily basis. If, however, you are sick of your small laptop screen and prefer to watch your shows on your television, you don’t need an expensive Smart WiFi TV to do so. The Google Chromecast connects to your television via the HDMI port and needs power through its micro-USB port.

After you connect it to the same network as your mobile phone, you can choose to cast

anything you want to your TV. Be it a Netflix Show, a HULU original, a PewDiePie game review on YouTube or even your favorite song on Spotify. Latest firmware updates for the Chromecast include the functionality to cast to your TV a Google Chrome tab on your PC, or even your whole mobile screen, no matter what the aspect ratio is. Considering how easy and convenient this product makes entertainment, it’s a gamble when you look at its price. The Google Chromecast has multiple models ranging from $30 to $50 with similar abilities, and with the Chromecast Ultra retailing at $80, due to its support of 4k resolution streaming. At these prices, this product proves to be a brilliant gift for a wide range of people.

face of incredible convenience and organization is something that Fitbit has done well. No wonder it has dominated the fitness market. They have faced competition from brands like Xiaomi, Samsung and Apple but have prevailed as the leading manufacturers. The Fitbit charge 2 offers a huge range of functionalities that make fitness an easy thing to follow and keep up with. The smartwatch tracks the number of steps you have taken in a whole day, and for

different types of exercises the watch offers different types of tracking applications. Aside from workouts, the smartwatch automatically records your sleep, and wakes you up peacefully with a silent alarm at the time of your choice. In addition, the watch has a heart rate sensor to monitor your pulse rate and features daily reminders to push you to exercise. You don’t have to worry too much about the watch running out of juice as it features a battery life of 5 days. The Fitbit Charge 2 is an all-day activity tracker and can be a great gift for people who are into fitness, and can even motivate those who are not, into leading a healthy lifestyle. The watch retails around $150.

If we take a glance at trends that have skyrocketed in recent years, we’ll notice that one of the most prominent ones is vlogging. Vlogging simply is blogging, but with the senses of hearing and seeing at play. The term “Vlog” is the shortened version of the words “Video Blog”. And a product that almost all vloggers purchase without second thought is the Joby Gorillapod. The Gorillapod has a standard screw mount on it which can be used to attach mobile phones, action

cameras and even heavy DSLRs. This product is in many ways similar to a tripod, yet visibly different from one. For starters, it’s much smaller in size which makes it way easier to carry around with you. And secondly, it has flexible legs which can be used to keep your mounted device stable and safe in many situations. The flexible legs can also wrap around trees and other similar objects to give you full control over where and what angle you shoot from. This

product is widely bought and with good reason as it proves to be immensely convenient for amateur to professional filmmakers and photographers. Considering that it’s a good fit for a wide range of individuals, the prices for these are evidently reasonable, ranging from $30 to $70 on average.

Buying a tech gift in 2019 when there are so many products and the prices are so high is a complicated task without doubt. However, when you strike the right balance between utility and price, you tend to get great value for your money: a gift that will make someone really happy. Hopefully, this list can aid you in the process.

Why is Android Game Development So Popular?

4 Reasons You Should Consider Buying an IoT Smart Industrial Router