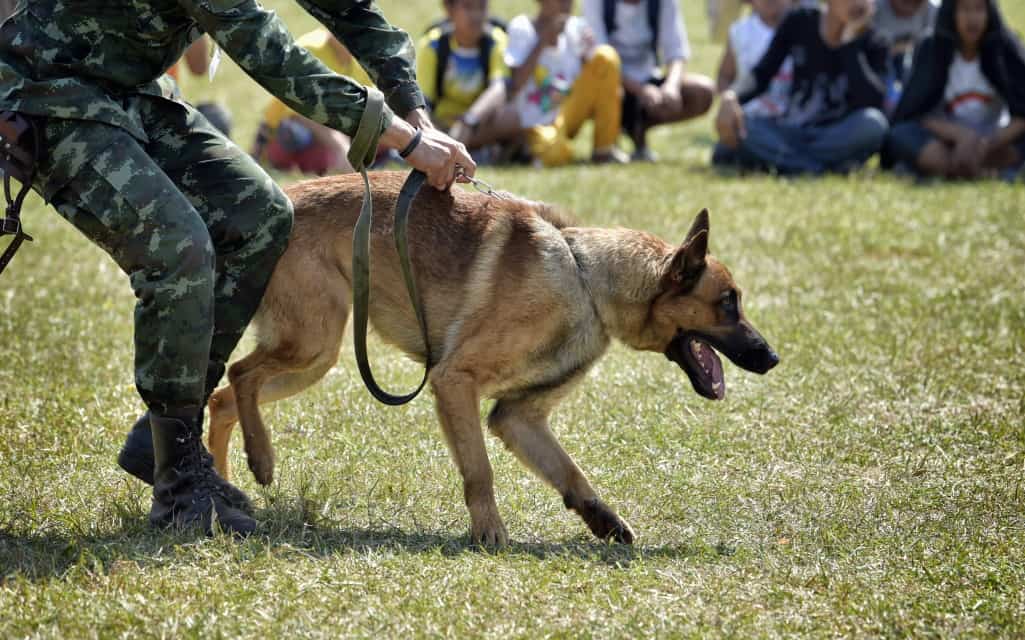 Dogs have fought in combat and served the country side-by-side with soldiers for many decades now. These man’s best friends help find weapons and explosives, as well as root out forces of the enemies.

They also perform dangerous missions such as leaping out of helicopters and saving numerous lives. But what happens to these military dogs when they are no longer in service?

There are several scenarios for these dogs, and one of them is that they end up in animal sanctuaries and become army dogs for adoption. These sanctuaries save the retired patriot dogs, provide shelter for them and give them a chance to live a peaceful life until their old age, because the sad truth is, not all of these dogs experience happy endings.

Get to Know More About the Army Dogs

Dogs that pass the training and serve the military must be able to follow commands, including when to attack. Some puppies are often removed from the training because of their inability to bite humans, causing them to suffer from extreme stress. Trainers are looking for dogs that possess the right level of excitement and aggression.

These dogs are agile and similar to German Shepherds but a bit smaller. They also have a sense of smell more sensitive than humans by about 40 times. Belgian Malinois are perfect for repelling and parachuting missions due to their small stature.

One bomb-sniffing patriot dog was declared surplus by the armed forces and removed from duty because it became unpredictable and fidgety.

Read More: How to Train Your Dog to Use the Dog Door

What Happens at the End of Their Careers?

Army dogs are generally considered retired when they reach 8 to 10 years of age. After retirement, army dogs were abandoned or euthanized. Back in 2000, those retired service dogs were deemed unfit to live a normal life after being tagged as surplus equipment.

Instead of being honored, the canine heroes were put down or thrown away. Thanks to Robby’s Law, handlers are allowed to adopt an army dog when they retire from service. Law enforcement and other lucky adoptive families can also get and take care of a retired army dog.

There is a long list of private citizens who want to adopt a retired military service dog. However, there is a guideline that their owners must not utilize these veterans in any service capacity from when they retire from work.

Animal sanctuaries are also an ideal place for retired patriot dogs. The sanctuaries make sure that these heroes have an honorable discharge until the last days of their lives. While the sanctuaries provide shelter for these dogs, they also allow qualified people to adopt a patriot dog. The dogs usually available for adoption are:

An animal sanctuary also provides homes to stray dogs that befriended and offered companionship to servicemen in the war zones. The dogs give emotional support to the troops even though they did not serve in the armed forces’ capacity.

You can show your support to these war heroes by helping an animal sanctuary regarding their army dogs for adoption. The goal is to provide food and shelter to these once war workers, especially if they have nowhere else to go after service.

Everything to know about Mountain Cur Dog Breed

How to Train Your Dog to Use the Dog Door

Which Dog Breed Is Best as A Pet in India?

Why does my dog prefer dog treats to its main food?

How to Choose the Best Bearded Dragon as Your Pet

Jewelry ideas for your favorite Pet

A Comprehensive Guide to a Suitable Workout Routine

Why Get Advocate for Dogs Online