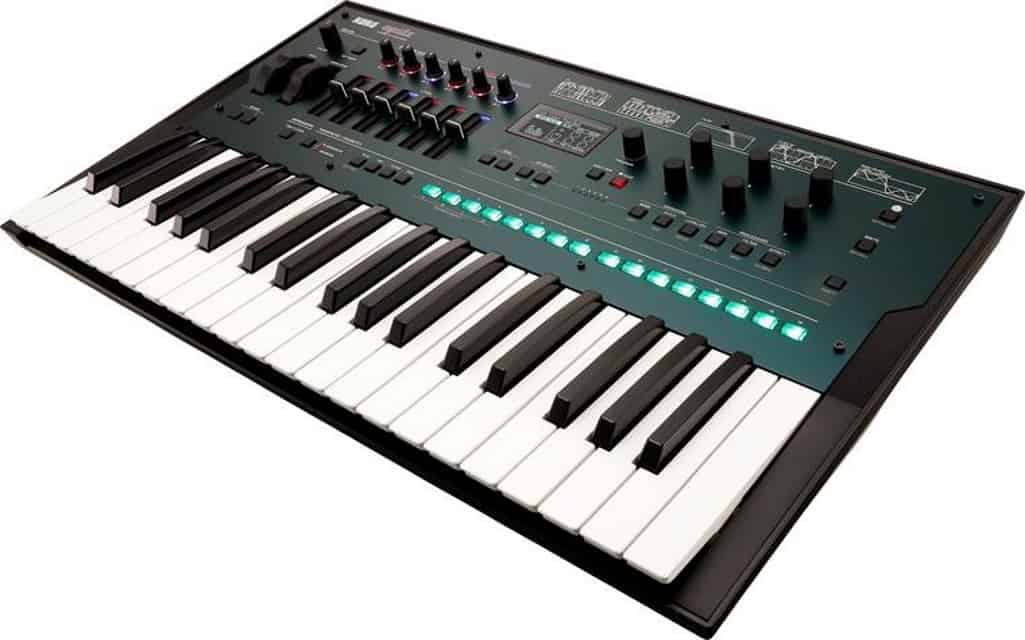 When reviewing some of the most fantastic instruments to have graced the music world, keyboards and pianos have to be on the top of your lists. There is a unique sound specific only to this instrument’s workings, and people can hear this in concertos playing classical pieces. Aside from typical uses, the piano has been used in many ways to enhance the “sound” of an artist.

Nevertheless, the times have had some direct influence on the piano. The instrument has shifted from relying on natural acoustics to electrical power to produce the desired sounds. As a result, there is more to know about the electric keyboard before buying one.

What Is An Electric Keyboard?

In simple terms, an electronic keyboard is an instrument based on the functionality of a piano that produces the same sounds while powered by electricity. Considering the nature of the keyboard, you may as well call it the piano’s younger brother.

Its main component is the keyboard which holds and plays notes with very little difference. However, the main features of this modern piano include interfaces, telling one which note is being played. In addition, some buttons enable them to play beats or switch keys quickly, and you may hear this with the already present speakers built into the keyboard.

There are many features to explore which beats the acoustic piano in terms of its uses. Nevertheless, you may do all of these so long as they are plugged into an electrical power source, a socket. As with anything electric, be sure to check if both the instrument and the socket hold the same voltage.

As with many things in modern society, the electric keyboard is no stranger to evolution. For example, when walking into a music store, you would see the bulky board we all know as an electronic piano. However, the chances are that there are other boards with square-shaped keys nearby. Amazingly, these don’t limit themselves to square-shaped keys as they imitate the piano’s keys. These are what all know as synthesizers.

This is the pinnacle of experimentation today, as many artists take this instrument to find new sounds and combinations that could be used for their next song. When paired with the keyboard, the experiment could then begin. However, it is also important to remember that these synthesizers work well with guitars, bases, or even drums.

The Advantages To Keyboards

Whether you refer to the electronic piano or the synthesizer, both of them have two specific advantages by owning them. Generally, these advantages are practical for those who aim to be professional musicians or love music. Though only pragmatic reasons, they prove why these keyboards are the best choice.

To explain this, one would picture the acoustic piano in their minds, which they should place in their homes. But, unfortunately, most people don’t have the luxury of space to accommodate their pianos. Some could also accommodate their grand piano, but they would find a vital space cramped.

With an electric keyboard, you would have the space to accommodate the piano when needed, and nothing would make the living room or sitting room look cramped.

Some people who still choose an acoustic piano would sooner get an upright piano. These pianos are those models that look like vertical boxes. So naturally, they take up the same amount of space as an electric one which drives people.

However, there is an underlying problem with this upright piano.

The upright piano may have the advantage in space-saving, but problems appear when moving the piano. For example, consider the event wherein there is an event outdoors, and the guests need a piano in the area. An upright piano would take too much time and effort to move outdoors as it is still heavy. In the case of an electric piano, all the keyboard needs in its structure is a simple keyboard stand, and you may add a frame for the musical pieces if desired. In terms of functionality, extension cords and plugs are all needed to ensure the instrument functions. This is practically the best option out of the rest as portability is one of its more strong suits.