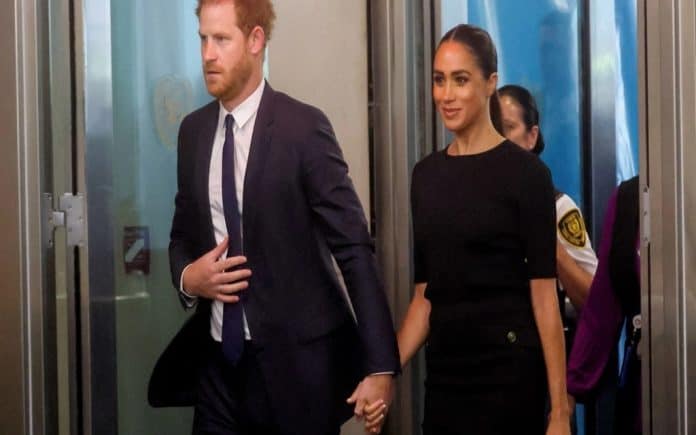 Almost half of Britons polled for The Times said they support stripping the Duke of Sussex, Prince Harry, of his royal title after showing his Netflix documentary “Harry and Meghan,” according to what was published by the British newspaper , Sunday, December 31, 2022.

In a YouGov poll, 44% of respondents supported stripping Prince Harry of his title, compared to 32% who said they did not.

The six-part Netflix documentary, Harry & Meghan , also earned Prince William and his wife , the Princess of Wales , more sympathy, with 44% of respondents saying they felt more sympathy for William and Catherine, compared to only 17% for Harry and Meghan.

Meanwhile, 23% of respondents said the six-hour documentary, shown this month, made them have a worse idea of ​​Harry and Meghan, compared to just 7% who said it improved their idea of ​​the couple.

Tom Quinn, the writer of Kensington Palace: An Intimate Memoir from Queen Mary to Meghan Markle, was astonished by how much damage the documentary did to Duke and Duchess of Sussex’s image. He stated: “It is astonishing that they assumed it would enhance their reputation.”

He declared, “I doubt the king would strip Prince Harry of his title since that would appear as if he and Prince William were replicating Harry and Megan’s behavior. Generally speaking, they are known to keep their composure in any situation instead of being critical or resistant.”

An overwhelming majority of respondents, at 65%, confirmed that the Sussexes had opted to walk away from their roles as royals; just 11% thought they were forced out. Now living in Montecito by the ocean, Harry and Meghan have taken up a new life stateside.

Reports suggested that the royal couple sought an apology from their family, yet 53% of people disagreed with this notion and felt they did not deserve it. Similarly, 51% were against the British government offering security to Duke and Duchess of Sussex whereas only 32% supported such a move.

The recent Harry & Meghan documentary series on Netflix caused a stir among the British royal family, yet never escalated to their worries of exposing new accusations against them.

According to The Daily Beast’s American website, acquaintances of the royal family did not display much enthusiasm for the first three episodes of Netflix’s documentary series on Thursday, December 8th 2022. However, one informant commented that this collection still emerged as a betrayal due to its perpetuation of the unstable relationship between Princes William and Harry.

As soon as the episodes were released, senior aides and advisors from the palace started to communicate with each other. Despite this, relief quickly spread throughout them; because there was nothing deeply surprising about the series’ content- it just focused on how maliciously media can act towards a famous duo.

A confidant of King Charles and Duchess Camilla disclosed to The Daily Beast: “It is perplexing why Netflix shelled out $100 million for this. If all they have are the same stories that have been divulged before, then I believe the Sovereign has endured enough anguish.”

Although Harry mentioned that he had little support after the passing of his mother in those episodes, there was no direct attack on Charles.