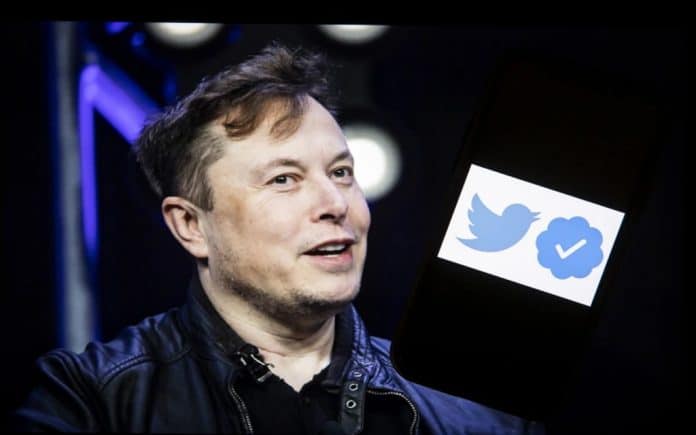 On Saturday, Twitter announced a new $8 monthly subscription service that would give verified subscribers a “blue tick.”

According to the Associated Press, Twitter has announced that in its latest update to iOS devices, users who “sign up now” can get a blue tick by their name–similar to what celebrities, companies and politicians have.

It remains unclear if those who currently have a blue tick will lose this feature if they do not pay the specified amount.

The fee for the blue mark, as Musk explained, will depend on the country you are in. He noted that those who pay $ 8 will have priority access to many of the platform’s features. This includes being able to share long videos and audio recordings with fewer ads appearing for them.

Through his Twitter announcement, Musk open the door to financial opportunities for content creators by transforming the platform into a source of income.

After the American billionaire and head of Tesla and SpaceX completed the acacquisition of Twitter for $44 billion, he quickly dismissed 4 senior managers of  the social networking site.

AFP saw an internal Twitter document on Friday which said that approximately 50% of company employees will be impacted by current layoffs.

On Saturday, American billionaire Elon Musk took to Twitter to explain the recent layoffs at his company. He stated that Twitter had no choice but to reduce its workforce because it’s losing over four million dollars each day.