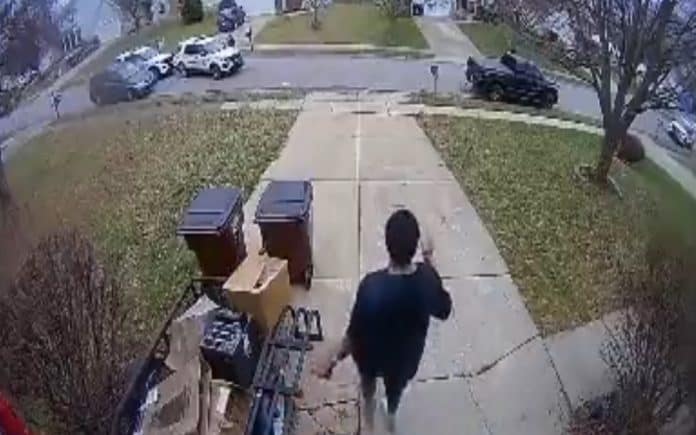 The incident occurred during a regular match of the online shooter game “Rainbow Six Siege”, where the player Elijah was in a group chat with friends , and the match was going as expected, according to Yard Parker.

Unbeknownst to Elijah at the time, he apparently called the emergency services on his phone, so when he told his friends “I’ve killed two people,” the police on the other end thought he had committed an actual double murder.

They heard him say “I killed 2 people” over the phone and thought it was a double homicide pic.twitter.com/OPUVvu9bWz

And the player’s friend shared the story of the event in the video. His friend confirmed that the police arrived within 5 minutes of hearing this statement, and one of the officers pointed an assault rifle at Elijah’s head, while the rest of the team searched his home.

And he appeared in the video of the home camera, Elijah, as he left the house, surprised by the arrival of two large police cars outside his house.

The process reportedly took 4 hours, but ended in a friendly way, with the police asking the young man about his favorite character in the game.

The confrontation ended without incident, with no evidence of the actual killing.