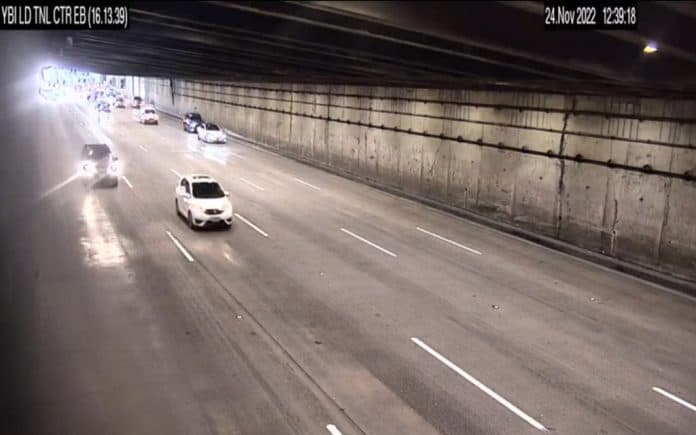 The authorities published a video showing the major traffic accident in the United States, which was caused by a “self-driving” Tesla car two weeks ago.

A Tesla electric car broke down unexpectedly inside the crowded Bay Tunnel in San Francisco , resulting in a pile-up of 8 cars last month.

The accident left nine people injured, according to a California Highway Patrol report.

On Tuesday, the video of the surveillance camera inside the tunnel spread, which showed the Tesla car changing its lane and slowing down until it stopped, in the middle of the crowded street.

After that, a number of drivers had to stop behind her quickly, but others behind them could not stop, and the major collision occurred.

In its report, the California Highway Patrol said it could not confirm whether “fully autonomous driving” was active at the time of the crash.