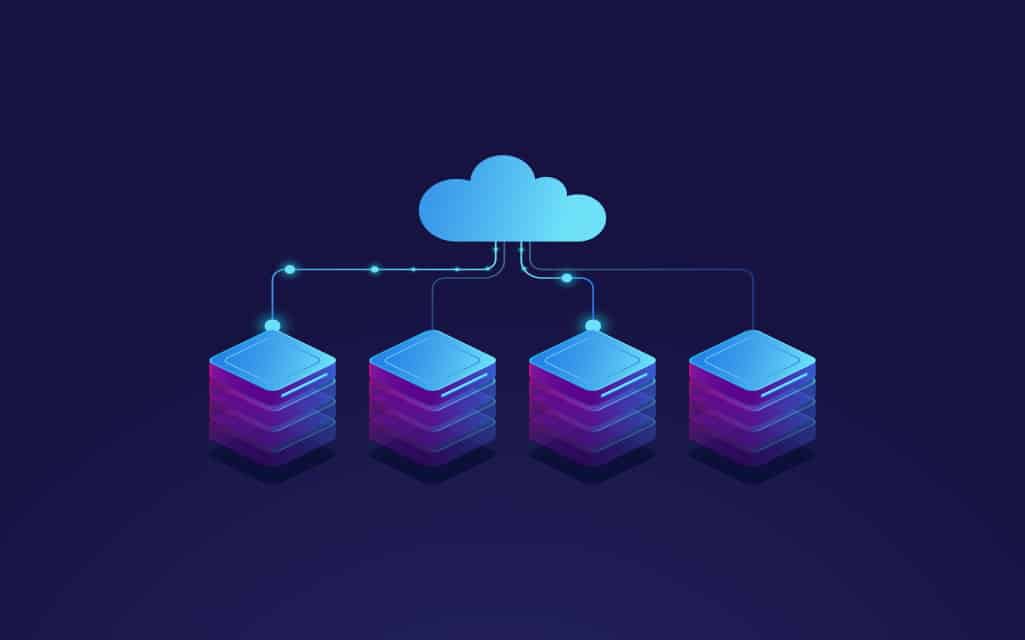 VPS or Virtual Private Server hosting is based on an architecture with multiple dedicated individual slots. These can be distributed to a set of dedicated resources, but they are on the same virtual machine. One downside of VPS hosting is that a given resource or slot can “crash,” and the site or app on that space will not be available anymore, pending resolution of the issue. The other apps will still run.

In some rare cases, you might have to reckon with a DDoS attack, causing the whole machine and all the apps on it to fail. An unexpected spike in traffic might cause this. Still, we’d say the benefits of VPS hosting outweigh the disadvantages. This hosting type bridges the gap between shared and dedicated hosting solutions.

VPS hosting offers full and utter freedom to install any software you want or need and to manage your server as you like. “Efficiency” is the keyword here. VPS doesn’t rely on audience or traffic, unlike shared hosting. You are independent of other servers with your very own resources. VPS hosting is very safe. No other client can access your files. It doesn’t matter what server rights they have.

This hosting type is very suitable for apps and sites. Some would even say it’s the best solution available at this time. You always have access to cloud-based sites. Website resources are replicated throughout the servers in the cluster. Let’s say the traffic volume on one cloud server has reached its peak. Then, the system will redirect any further queries for the site in question to less congested cloud servers. The cloud runs file storage, email services, and other web hosting services on many different servers at the same time.

Cloud hosting is very reliable because equal resources are allocated on the cloud servers at the same time. For instance, damage to one machine will not result in disruption or failure in the whole service. Another reason for the reliability is that sites are hosted on a virtual platform, utilizing the benefits of a large number of physical networks. Servers can go offline. When one does, this won’t lead to a lack of access to your site. It will only reduce the cloud’s resource level by a bit.

Multiple physical servers secure cloud hosting, and these are all protected from third parties. Cloud hosting is scalable, flexible, and extensible. Resources are tailored in real-time and according to user requests. The cloud is not limited in the way a single server is. This hosting type is also reasonably priced as you don’t pay for anything you don’t use.

Read More: The Importance Of The Cloud

So Which One is Better?

Cloud hosting is a good option if powerful functions are your top priority. Cloud-based sites are hosted in a unified resource pool, meaning a server will always be available to take traffic if another server has reached its maximum capacity. Likewise, the site will move to another server if the one it’s on fails.

Moreover, the cloud hosting market has a major potential for growth. Amazon cloud infrastructure prices are declining, making this solution more and more affordable. On the other hand, VPS hosting is not as efficient. If traffic to a site increases, the system isn’t always able to handle it because only a set amount of computing resources is allocated per client. As a result, the site may crash. Server malfunctioning would have the same outcome. Generally, VPS would be a good choice if hosting a site is all you’re interested in.

4 Reasons To Choose Windows VPS Hosting For Your Growing Website