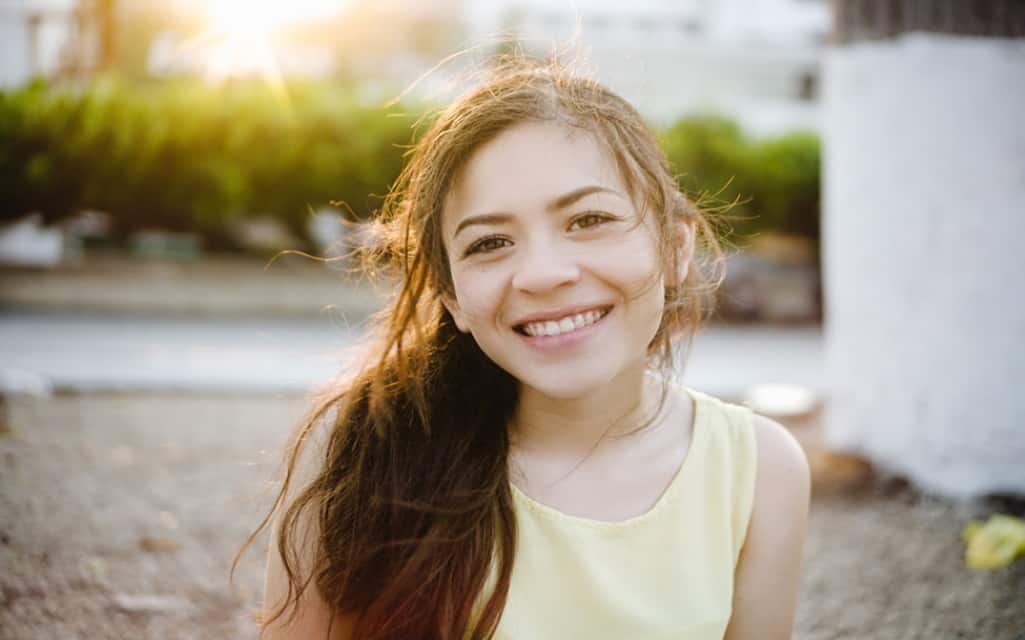 So, your child needs braces and you aren’t sure which option currently on the market is the right choice. You had traditional metal braces when you were their age, but nowadays Invisalign is what most people seem to be going with.

But is Invisalign for kids really the best path to take for you and your child? The short answer? Absolutely!

The benefits of Invisalign, when compared to traditional metal braces, are numerous and make the decision an easy one. We’ll break down the biggest pros of Invisalign in this article, so you can clearly see why it’s the best option available!

Now then, let’s get started!

If you had braces when you were younger, you know that they can be quite uncomfortable, and sometimes downright painful, to wear. Besides the fact that your teeth are being repositioned by metal wires, they also rub against the inside of your gums.

This friction makes it very easy to catch your gums and cheeks on the various metal components of braces, which can lead to cuts and sores. Well, with Invisalign, the process is less painful and there is no metal involved, so the soft tissue inside of your mouth is safe from harm’s way.

This means your child won’t be as miserable as you were during the process, which of course, makes dealing with them a bit easier.

If your child has to wear braces for a few years, they’re not going to be able to enjoy certain foods during that time if they have traditional metal braces. Missing out on things like chewy candy and popcorn, in particular, can be a real bummer for your kid.

Well, if you go with Invisalign, your child won’t have to skip out on any of their favorite snacks or meals. They simply remove the Invisalign while they’re eating and they can have whatever foods they want! Pretty neat, right?

As we touched on early, with traditional braces, it’s very easy to get cuts on the soft tissue inside of your mouth, which can eventually turn into sores. This is especially true if you’re playing sports, which makes metal wire braces a bad choice if your child is into athletics.

The good news? Invisalign removes this issue completely, helping keep your child’s gums from getting cut or damaged during play. This helps reduce the pain of having braces, which will keep everyone in your household a bit happier.

We all know that kids can be mean about the smallest of things. Bullying is a huge problem, to say the least, and if your child has braces, it’s something bullies can latch onto and attack them for.

While Invisalign clear aligners are still noticeable, it’s nowhere near as eye-catching as metal braces. This means a lot of kids at your child’s school won’t even know that they have them, which can help prevent them from being bullied about it.

If you notice your child doesn’t smile a lot or often hides their face completely, it’s probably because they lack confidence due to their smile. That lack of confidence can have a negative effect on them throughout their life, which isn’t something you as a parent want to see your child go through.

Believe it or not, Invisalign can improve more than just the quality of your child’s smile. You’ll also notice that they’re more confident, and even put themselves out there more socially, which is what you want to see as a parent.

Did you know that the gaps in your child’s smile are more than just a cosmetic issue? In fact, there can be some serious health issues for your child down the line should you choose not to fix their smile when they’re younger.

Swelling and damage to gums that are exposed due to gaps, in particular, can be a huge problem. This can lead to infection, gum disease, and even tooth loss, which is why it’s important to fix the problem as early as possible.

Believe it or not, oral health issues can quickly become overall health issues if you aren’t careful. Some of these issues can even be fatal, which is why it’s so important to take care of them while your child is still at an early age.

Remember, gaps in your smile can lead to gum disease. And gum disease has been linked to heart disease, which can lead to an early death. So be sure to be proactive and book an appointment with an orthodontic specialist today!

Benefits of Invisalign for Kids

Well, there you have it! Those are the 7 benefits of Invisalign for kids! As you can see, Invisalign beats out traditional metal wire braces in every way.

With Invisalign, your child will experience less pain and discomfort, which can make the process much smoother. They’ll be able to eat all of their favorite foods, too, which is a huge plus.

Also, the benefits of a straighter smile post-Invisalign are life-changing, to say the least. You’ll notice that your child has more confidence to smile more, as well as be more socially active, which is what you want to see as a parent.

The health benefits, both short-term and long-term, are also quite notable and make the decision an easy one to make. So book an Invisalign appointment for your child today!

Looking for more parenting tips and tricks? Check out our blog!

Importance of Babies for Family Bonding