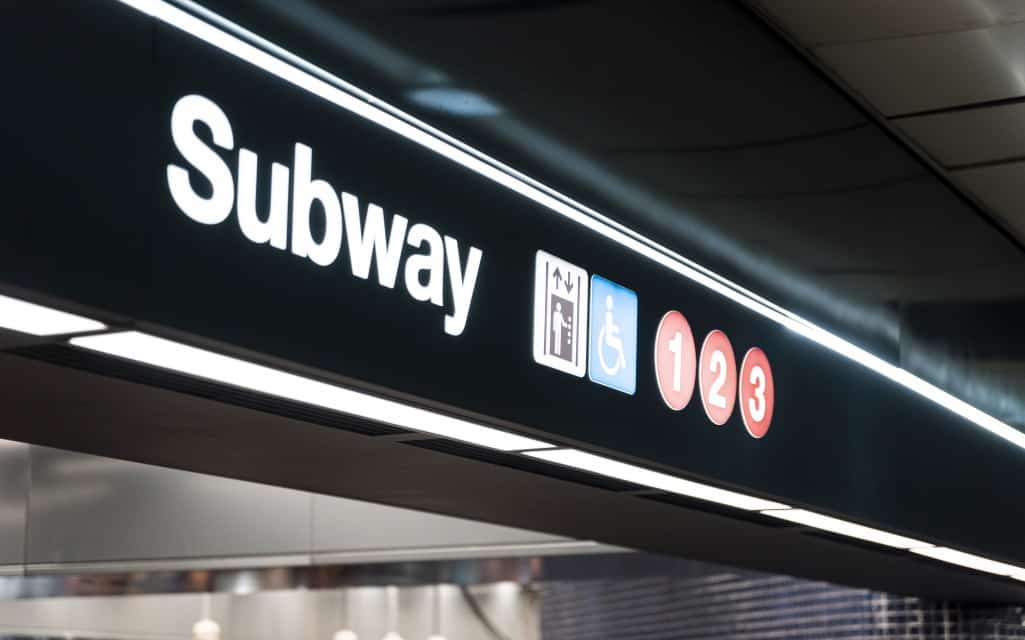 Do you feel safe whenever you need to ride the subway? If you live in a city with a subway system, then you’ve likely developed an understanding that subways aren’t the safest way to travel.

Subways were designed to tackle the challenge of public transportation, but the lack of oversight and manpower creates a scenario ripe for danger. Because of this, there are many risks posed to you every time that you go for a ride on the subway.

Injuries that occur in subways are often minor, but they can become serious if violence or an accident is involved. However, many of them are avoidable if you know what to watch for and what precautions to take.

To help you avoid harm while riding the subway, we’ll explain some of the biggest dangers to be aware of below.

One danger you might face on the subway is an accident.

There are two main types of subway accidents; falls and train crashes.

Subway stations are maintained by staff, but too many people travel through it each day to keep it adequately safe. Even with the best of practices, an accident can happen without a chance to prevent it.

For example, a maintenance worker might sweep through an area, but then a spill occurs just a few minutes later. You might not notice the spill and fall on it, hurting yourself in the process.

If not a spill, someone might leave their belongings out for you to trip over or perhaps you fall down the stairs. Falls can easily happen at a subway station, meaning that you should always be watching your step.

The other type of accident is a crash. Subways are pieces of equipment, which means they have a chance to malfunction. When this happens, a subway crash can happen and this may be deadly for passengers onboard.

While subway crashes aren’t common, they do happen and this is a good reason to be concerned.

Subway stations also create the potential for contracting an illness.

With so many passengers moving through a station each day, it’s impossible to keep it perfectly clean. Between dirty shoes, debris, and fluids, a subway station can get dirty quickly.

Subways and their stations are covered in germs and bacteria. This makes it a perfect location for contagious illnesses to spread.

Furthermore, you’re going to be near dozens of other riders depending on what time of day you’re on the subway. If anyone in your train is sick, then they can spread it just by being nearby.

Public transportation will never be very hygienic and this is certainly true for subways.

There’s also the possibility of harassment on a subway.

While this can happen to men or women, it’s particularly relevant for women. Most harassers are male and their targets tend to be the opposite sex.

Harassment can vary in nature, from refusing to leave someone alone to an outright sexual assault. This can happen during any time of day, but women are more vulnerable at night.

Most women don’t feel safe walking around at night and this translates to also not wanting to take the subway at night. With fewer passengers on board, fewer potential witnesses and bystanders are around to come to their aid.

It can be difficult to prevent harassment, but your best bet is to enroll in the sexual harassment training course which helps you learn tricks with self defense or travel with a friend or at least avoid riding the subway at night.

Because subways are public transportation, this means that just about anyone can ride them. Unfortunately, this also includes criminals and people with malicious intentions.

There is very little enforcement on subways and this means it’s easy for crime to happen. This can include anything from physical assault to getting robbed.

Again, your risk increases the later that you’re riding the subway. Traveling at night is a bad idea regardless of your gender, especially because you don’t know how many people you might be dealing with.

With little authority to protect you on the subway, your safety is uncertain every time that you ride.

Subways can be a useful mode of transportation, quickly getting you across the city and avoiding nasty traffic. Unfortunately, subways can be dangerous and come with several potential hazards.

A few of them include accidents, illnesses, harassment, and violent crime. Experiencing any of these dangers while riding the subway will ruin your experience and make you fear to ride it again.To avoid getting injured or harmed, try to limit your time on the subway and travel with friends to create safety in numbers. Don’t go on the subway at night and be extra cautious if you are a woman.