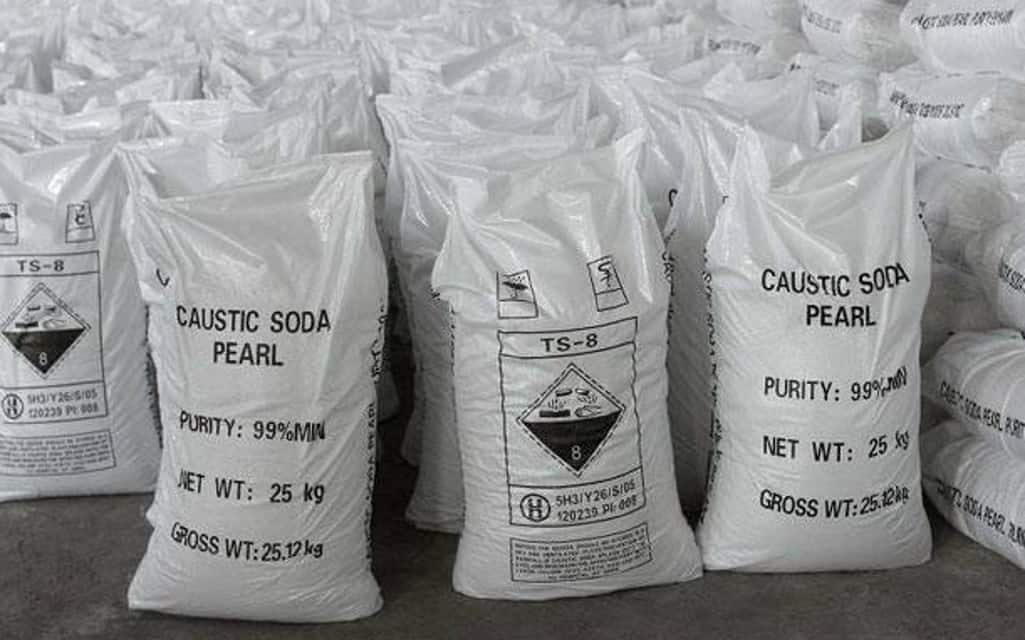 Caustic soda can be used to manufacture glass, spandex, epoxy resins, and paints among other industrial materials. Caustic soda is often used in the textile industry, wood products, paper products, water treatment, and in the medicine industry too because of its versatile properties. India is one of the big markets of caustic soda. The Indian caustic soda market is expected to grow in the next few years because of an increase in demand. From November 2016 onwards, demonetization in India had an impact on the market growth of caustic soda. This continued until 2017 as the demand did not increase but was gradually decreasing.

The main suppliers of the caustic soda business are GACL, Aditya Birla Group, and DCM Shriram. The demand for caustic soda has increased in India’s domestic market and these suppliers are expanding capacities to accommodate this demand. They are operating at higher rates of up to 95%. Aditya Birla Group’s subsidiary, Grasim Industries, has increased its production capacity to 356,000 tons a year to meet India’s rising caustic soda demand. This means the production of more than 65%. The downstream demand from the textile industry and alumina industry in India is likely going to accommodate the extra costs for the increased capacity.

GACL and Nalco are the other two suppliers who are planning to increase production in India by installing a plant to produce over 267,000 tons of caustic soda per year. This plant is going to be located in Dahej, Gujarat. This will help boost the domestic caustic soda industry. Earlier, India sourced caustic soda from Japan and the imports are still prevalent. Caustic soda production in India is more expensive when compared to importing from other countries. This is due to the logistics costs and input costs that are higher in India. However, many domestic suppliers are increasing capacities and will continue to do so to push the price of caustic soda down.

Buyers have the option of sourcing from both domestic and international suppliers if they want to secure supplies and don’t want to risk buying at a higher price. However, the increased capacities in India will ensure that buyers can get a good bargain on caustic soda. In India, the textile industry was the largest caustic soda consumer in 2017 and the next largest consumer was alumina smelting. The third-largest consumer of caustic soda was pulp and paper in the same year. It is expected that in the coming years the Indian caustic soda market growth will be driven by the textile industry which will reach approximately $230 billion by the end of 2020.

The textile industry contributes 20% of the domestic demand for caustic soda. According to the procurement intelligence experts, Beroe, it is predicted that the textile industry will continue to be the top consumer of caustic soda in the coming years. The automobile industry in India will grow too which will increase the demand for aluminum. This, in turn, will increase the demand for caustic soda. In 2017, 21% of the total demand was from the organic and inorganic chemical formulations in India. This is expected to grow in the future. Moreover, it has been predicted that other applications of caustic soda will grow and so the demand will grow too as a result. The caustic soda market is dependent on the chlorine market too as a fluctuation in price will affect the price of caustic soda. Beroe has predicted that the chlorine market will grow in the future and this will push the caustic soda sector to do well too. Moreover, the chlorine market will grow alongside the vinyl sector. While the Indian market of caustic soda is expected to do well some constraints can cause problems. For example, it is going to be difficult for new suppliers to enter the market as the membrane technology is expensive and the ROI period is up to 10 years.  Moreover, domestic prices are still not as low as imported caustic soda prices which can cause problems to the domestic manufacturers.

Why Paying for Credit Repair Is a Mistake

7 Mistakes to Avoid When You Design a Business Website

5 common shipping documents you should know about!

5 Ways Any Small Business Can Stand Out

7 office stationery you really need in your startup