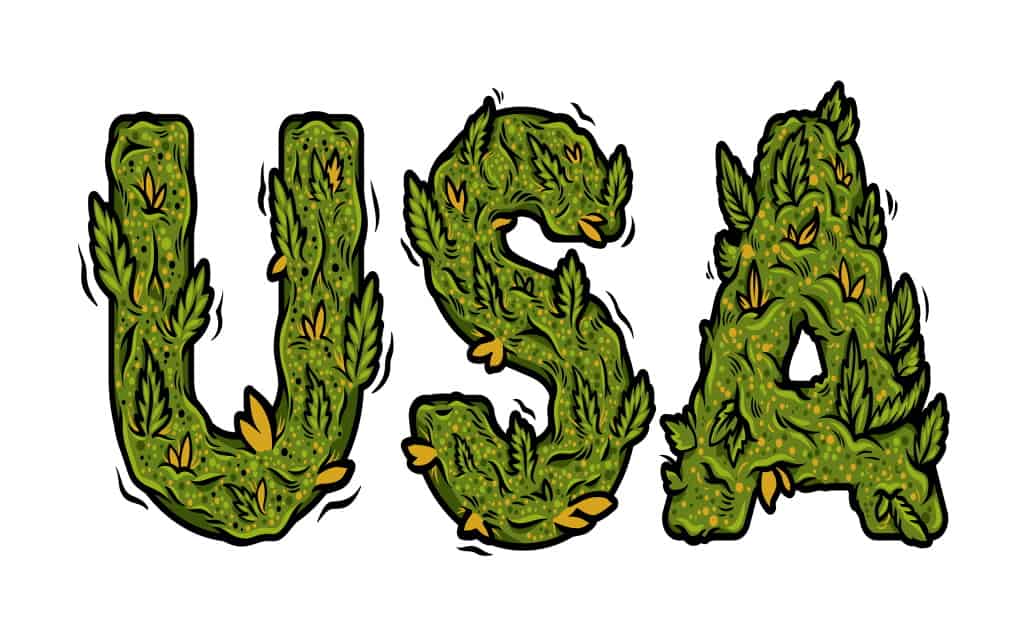 With roughly one month until voting day, the U.S. is only ramping up its election coverage with the hope of encouraging more Americans to cast their ballots for the next president and other members of public office. Most voters have particular issues they care about, like criminal justice, immigration, healthcare and taxes, which the candidates will cover over the course of their debates — but where do Trump and Biden stand on marijuana?

As more states develop recreational regulations for the good green herb and as public opinion shifts in favor of changes to the federal law, the next president’s opinion of cannabis could make or break marijuana legalization efforts in the next four years. So, if marijuana is your issue of choice, here’s what you need to know about marijuana and the presidential platforms.

On most issues, it is difficult to pin the president down to a cohesive message — and it is no different for the topic of marijuana. During his 2016 campaign and at some points in his presidency, Trump has expressed an interest in reforming the federal understanding of marijuana and developing new laws to reflect America’s shifting opinions and use patterns. In fact, in 1990 — admittedly long before he ran for president — Trump called the War on Drugs a joke and supported the legalization of all drugs as a way to eliminate drug-related crime and improve tax revenues for state and federal governments. Considering that this is precisely what legal adult-use marijuana programs do in states where weed has been legalized, one might suppose that Trump is in favor of expanding legalization efforts.

Yet, Trump’s administration has done the exact opposite of what Trump’s beliefs seem to be, acting with hostility toward pro-marijuana movements and doing their best to utilize federal marijuana law to control the American population. Trump’s first attorney general, Jeff Sessions, has a well-known history of fighting against marijuana use, and Sessions rescinded an Obama-era policy of non-enforcement of federal marijuana law. At other times during the Trump term, the Secretary of Health and Human Services as well as the Secretary of Homeland Security were also staunchly opposed to legalizing marijuana.

Still, the Trump administration has not yet launched an intense attack on state-legal cannabis businesses, and in fact, Trump signed the 2018 Farm Bill into law, which once again allows farmers to grow non-psychoactive hemp for industrial use. On the other hand, the administration has determined that immigrants involved in any way in the legal marijuana trade — working at dispensaries or as farm hands in marijuana grow operations, for example — will not be eligible for citizenship.

In all, it is impossible to predict what Trump would do with regards to marijuana regulations given another term in office. Given that his voter base is relatively conservative, it seems unlikely that he would make any significant moves toward legalizing the drug or supporting legalization movements — but it seems that his personal beliefs stop him from cracking down on legal programs in meaningful ways. Plus, the Trump campaign’s focus on strengthening states’ rights should bolster state programs, like the medical cannabis program in Maryland, and keep them safe. However, again, Trump’s behavior is erratic and impulsive, to say the least, so marijuana supporters shouldn’t necessarily rush to his camp, especially considering his anti-weed cabinet choices of the past.

Vice President Biden’s views on the good green herb are a bit easier to parse: He doesn’t support legalization, but he respects existing laws. Biden’s lingering disapproval of marijuana is frustrating to many on the left, especially considering that support for legalization is at an all-time high and committing to changing federal law could be a magnet to one-issue weed voters. However, Biden maintains several reasons for his cautious attitude toward marijuana, such as:

It is likely that, should Biden win the election, he will be at-odds with his administration, similar to Trump. The Democratic party continues to move left, and most high-ranking Democrats firmly support marijuana policy reform at the federal level and beyond. Fortunately, Biden has demonstrated a willingness to alter his old-fashioned opinions, as evidenced by his overwhelming support of same-sex marriage. It is possible that with a pro-weed cabinet, Biden will push forward with a pro-marijuana agenda. Marijuana is not a leading issue for this presidential election, much to the chagrin of weed users the world over. However, just because neither presidential candidate has strong opinions about legalization doesn’t mean their administration won’t have an effect on marijuana law. Voters need to consider not just the individual candidate but their party and their supporters, who will have as much influence on the next four years as the man himself.

5 Best Cities For Real Estate Investment: Where Should You Invest?

Questions To Ask A Company For Catering Buffalo NY