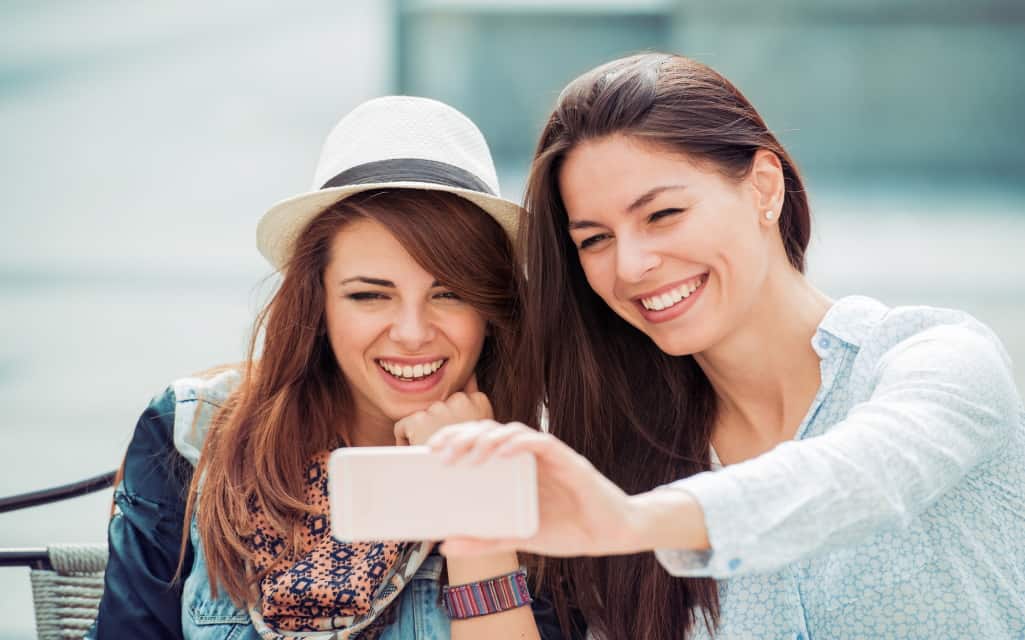 Taking a selfie is a great way to capture memories of a trip that will last forever. Selfie pictures allow you to get both the view and the area you’re visiting, as well as yourself into the picture. Where are some of the best places to take self pictures in the world?

Here are the ten selfie spots that everyone should have on their phone.

Whether it be the classic Cinderella Castle or taking a selfie with your favorite character, there are plenty of opportunities to take selfies at Disney World in Orlando, Florida, USA. Disneyworld offers four unique parks: Magic Kingdom, Animal Kingdom, EPCOT, and Hollywood Studios.

Each one offers a different experience that allows you to take selfies, which is why it is number one on our tourist destinations for selfies. You can park hop between all four and capture moments at each that represent the specific park in its own way, whether that be the animals at Animal Kingdom or wielding a lightsaber at the new Star Wars portion of Hollywood Studios.

Interested in how the DVC waitlist works? Be sure to check out the article before planning your Disney trip.

Very few landmarks compare to the clocktower that is Big Ben. You can master your selfie by making it look like you’re leaning on Big Ben. Just be sure to capture the picture on a day that isn’t too gloomy in London, England.

Completed in May of 1859, the clocktower has been going strong for over 161 years. Not only does it present a good selfie while traveling abroad, but it is also useful. Every hour on the hour, the clocktower chimes to let you know that another hour has passed.

Want to travel as high as possible and still be in a building? If so, the Burj Khalifa is a great place to travel to. You can take an elevator to the highest viewing point on the tower and look out over the city of Dubai.

It is 828 meters tall, which translates into 163 stories high. You’ll be able to take a selfie that truly encompasses its height when, in the background, all you can see is the vast city and its other skyscrapers looking extremely tiny in comparison.

Add a little color into your selfie by taking one in front of St. Basil’s Cathedral. The iconic Russian monument can be seen not too far from the Kremlin.

Be sure to capture a selfie in front of every angle of the cathedral, as each direction can capture a different piece of Russia’s history.

5. The Great Wall of China

There really isn’t a single place to take a picture on The Great Wall of China, as the wall itself is over 9,000 kilometers long. The goal is to take a selfie while you can capture as much of the length of the wall as possible.

If you truly wanted to capture a selfie for every kilometer that there was, you would have to walk for 175 days to get from one side of the wall to the other.

Want to visit a spot that has still yet to be finished? La Sagrada Familia started construction back in 1883 and has yet to be finished to this day. The project has been set back many times due to a variety of reasons.

The gothic style of the minor basilica gives it a very unique and almost middle age look, despite only starting construction in the 19th century. Try to get a photo encompassing its large pillars by taking a selfie from the ground up.

Once lost and rediscovered, Machu Picchu is a famous selfie spot, as it has been designated one of the new seven wonders of the world. It is one of the most popular places to visit in South America.

You’ll want to be prepared for this selfie, as you’ll be taking one on a 7,970-foot mountain peak. If you’re not prepared, you might end up feeling lightheaded due to the decrease in oxygen at this high above sea level.

8. The Leaning Tower of Pisa, Italy

One of the best tourist attractions in all of Italy is The Leaning Tower of Pisa. You can get creative with these selfies, as most will attempt to push the tower back upright or look like the one pushing it over in the first place.

Despite its name, it is only left to lean to this day for tourist purposes. There are countless ways to fix the problem thanks to modern technology, but then it would just be a tower in Pisa, rather than the Leaning Tower of Pisa.

If you’re going to take a selfie with the Eiffel Tower, be sure to do it during the day. Taking a picture of the well-known structure at night is actually illegal, as the lights on the monument are copyrighted.

While that might not stop the average social media poster, don’t be surprised if you need to sneak this selfie in.

Traveling to the Big Apple requires a must-stop trip to the Empire State Building. Formally the world’s largest building, you can take the elevator all the way to the top.