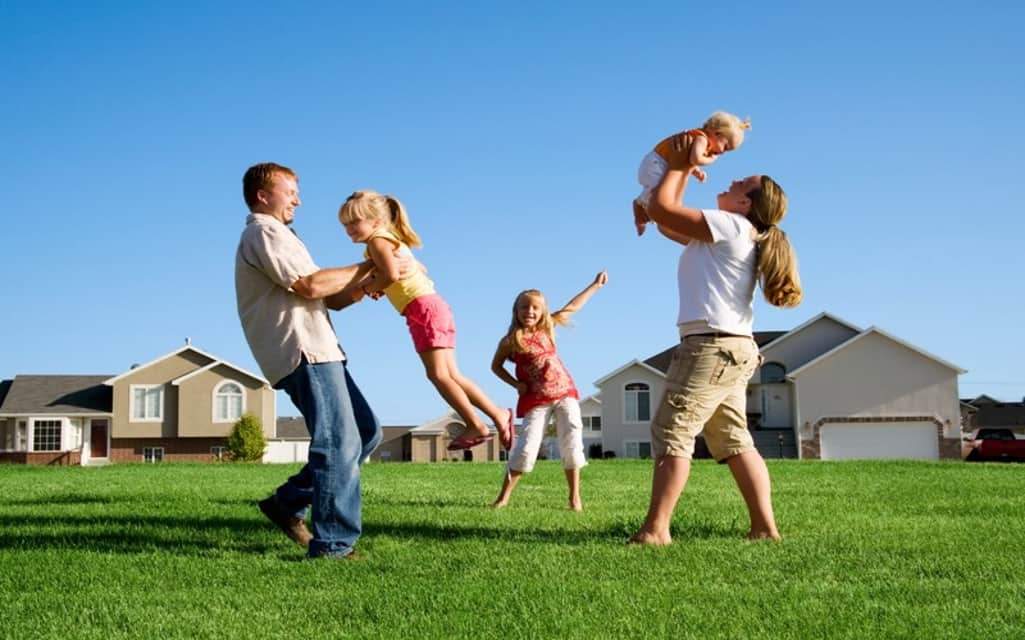 Moving from the city to the suburbs may not be an easy transition, but it will definitely turn out to be everything you wanted and needed if you take the time to choose the right suburb and neighborhood for you and your family. After all, the situation is the same in almost every country around the world – suburbs are more popular when it comes to raising a family than buzzing cities. But why exactly is that? If you’re still wondering what choice to make, keep on reading.

One of the main reasons why suburbs are ideal for raising a family is money. Finances are extremely important to think about when there’s family life in the picture. And suburbs generally have more affordable prices per square meter compared to city areas. This basically means that you can get a larger and better place for the budget you have. So, not only are you getting your money’s worth when choosing to move to the suburbs, but you’re instantly providing more spacious living for your family, which is essential if you want to have more kids.

If you’re thinking about your family life, suburbs are a logical solution simply because they offer a closer and richer community as well as a better neighborhood. In these kinds of communities, it’s rather easy to get engaged and make friends, for both the adults and the children. This is essential for a fulfilled family life. Moreover, suburban neighborhoods generally have less noise and pollution, which is a rather pleasant alternative for kids growing up compared to the buzz and pollutants in the city.

It’s true that large cities offer plenty of entertainment possibilities, but these days, suburb areas of larger cities don’t lack entertainment and relaxation opportunities, yet they still provide a richer and more pleasant environment when nature is concerned. Even a city like Sydney, which has so much to offer to both tourists and locals, still falls short when it comes to its beautiful suburbs. In that respect, it’s no wonder that people would rather look into great house and land packages in Austral near Sydney, for example, than Sydney itself. Nothing can replace the beauty and tranquillity of greenery or health benefits of fresh air, especially when it’s rather easy to reach the city by public transport or car nowadays.

Every parent wants to make sure that their kids get a proper education. And if the school rating is your concern, checking out available lots in the suburbs will definitely be a better idea compared to the city. After all, suburbs generally tend to have better and stronger schools that aren’t as crowded as the ones in the inner city area. More often than not, this is a crucial factor for moving the family to the suburban area. Furthermore, suburbs tend to be a lot safer than the cities, which means that the whole system of getting to and from school works a lot better. Aside from their academics, such an environment will contribute positively to your children’s social skills as well.

This may not be your primary concern when you’re considering the best family life, but if you’re interested in having your voice heard when it comes to the development of your community, your kids’ school, local government, etc. the chances of your success will be much bigger in a smaller suburb than a large city. And once your kids are old enough, they’ll be able to participate in the betterment of their community as well, which will reflect positively on their higher education applications in the future. Even though suburbs promise a tight-knit community, the fact of the matter is that suburbs tend to be less crowded, which also means more privacy for your family. In that respect, you’ll be able to control your socializing and enjoy neighbourhood life to the fullest, yet still have much needed peace when necessary. That said, raising a family in a suburb won’t only provide an ideal environment for the healthy development of your kids, but will also create perfect conditions for your and your partner’s personal time.

The Value Of Art Within Your Home

How to Train Your Kids to Brush Their Teeth Regularly

Denied Insurance Claim? Here’s What To Do

How Seniors Cope With the Recent Covid-19 Outbreak?

5 Best Ways To Get Kids Started With Finances