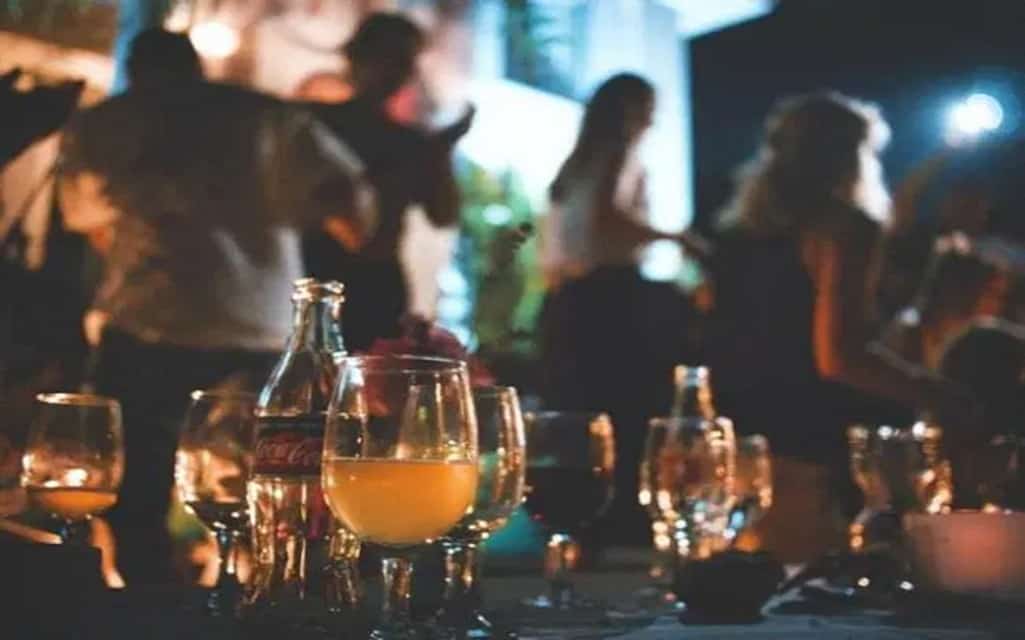 Australians are no stranger to the commonality of consuming alcoholic beverages. From uni parties to celebrating a promotion, drinking is strongly ingrained in Australian culture. According to the 2016 National Drug Strategy Household Survey, 41% of Australians drink alcohol at least once a week. On a single occasion, they can drink an average of two to four standard drinks.

However, Australia’s love for alcoholic beverages is steadily dwindling. A research conducted by La Trobe University states that 30% of the drinking population has reduced their alcohol intake. This data proves that Australians are veering away from alcoholic drinks for numerous reasons. So what do they drink at parties and get-togethers these days?

Australians now buy non alcoholic beverages or those with low alcohol content to quench their thirst. They can either have an alcohol strength by volume (ABV) between 0.05% and 1.2% or no alcohol. The best examples of this kind of drink are mocktails, non-alcoholic beers, kombucha, and some wines.

Why are low and non-alcoholic drinks trending?

Non-alcoholic and low alcohol content beverages are globally rising in popularity. Also known as a temperance drink, its global market is expected to grow 4.61% from last year to 2024. In Australia, the revenue of these beverages reached $13,045 million in the first half of 2020. And this market anticipates a 6.5% compound annual growth rate (CADR) until 2023.

But why are these drinks popular nowadays?

Previously those abstaining from alcoholic drinks confined themselves to drinking juices or soft drinks at parties and bars. But today those people are enjoying the taste of alcoholic beverages without the actual alcohol. The number of non-alcoholic drinkers is rising, and here are some of the demographics leading the way:

Specifically, millennials and Gen Z age groups are in the front of this increasing demand for non-alcoholic drinks, and are promoting “teetotalism” – exercising complete abstinence from drinking alcoholic beverages. These “teetotalers” have chosen to do this for religious, health, family, and societal reasons. With this movement, some establishments selling alcoholic beverages and leading manufacturers are creating innovative new products with little to no alcohol content.

Women are the second leading consumer of low alcoholic beverages. A study by Carlton & United Breweries shows that 41% of Carlton Zero buyers are women, which is 4% more than their percentage in alcoholic beers. This shows that the demand for beers among women is almost an even preference between alcoholic and non-alcoholic options.

Another potential reason for women drinking less alcohol is having a sense of security when going to bars, providing peace of mind whilst partying and making it more enjoyable and perhaps prone to harassment.

Studies have interestingly shown that non-alcoholic beers can actually benefit women who breastfeed. Non-alcoholic beers can actually encourage prolactin secretion from barley, which can increase their breast milk’s antioxidant capacity. This means that women can enjoy the taste of beer that they missed during pregnancy, without compromising their/their baby’s health.

Australia, like many other countries, has a multicultural population. The multicultural community consists of children of immigrant parents, or are the immigrants themselves. A great deal of these people frequently practice abstinence or drinking in moderation. This abstinence is attributed to their religious and cultural backgrounds, and they instead opt for non-alcoholic or low alcohol beverages.

Australians are becoming more conscious of their health. Vegetarianism and veganism has been on the rise in recent years for Australians, and they have increasingly shown an interest. This interest is paving the way for non-alcoholic drinks claiming the spotlight.

Non-alcoholic beverages can help individuals to function healthily, through providing hydration and nutrients to the body. They can also boost people’s energy by providing the right amount of sugar and calories. Here are some of the other benefits of non-alcoholic drinks:

Many of the world’s population faces anxiety every single day. Interestingly one study showed a significant effect of non-alcoholic beer to people with anxiety. The respondents had a decreased 5-HIAA in the urine within the 2-week test period. High levels of the compound have been found in people with anxiety disorders.

Two experimental studies have shown the positive effect of non-alcoholic drinks on people’s sleep. The researchers found that there is a decrease in sleep latency and restlessness in work-stressed nurses and university students. The respondents achieved this effect after drinking non-alcoholic beverages before going to sleep.

Research was conducted on a sample of men aged 55-75 showing a significant result on their cardiovascular health. The study noted a decrease in inflammation and blood pressure when drinking 900ml of non-alcoholic beer every day.

People in recovery from alcohol addiction can have a taste of low-alcohol content or non-alcoholic beverages. These kinds of drinks give people in recovery a safer way to indulge and not feel an outcast in parties/bars. They can also experience the placebo effect whilst doing so, where their routines of socialising are still normal but they wean off alcoholic beverages as they no longer feel the need or feel as though they are drinking anyway.

By avoiding alcoholic drinks, people have the potential to save more money. Although there are some high-end, non-alcoholic beverages, there are cheaper options that are still a great choice for most people. Not only are there health benefits that come with it, but people don’t have to worry about surprise medical bills since non-alcoholic drinks lessen the risk of road accidents and alcohol-related health issues.

A new tactic of the younger generation. Mindful drinking’s core principle is to tackle an individual’s relationship with alcohol. This thinking promotes the importance of being aware of how much alcohol they drink and eventually leading to less consumption. Non-alcoholic beverages help these movements flourish and gain more traction. Those who are mindfully drinking still can drink, but without the hassle of getting drunk.

There is a growing buzz on social media platforms about non-alcoholic beverages. In 2018, the Social Standards looked at the social media noise of non-alcoholic drinks. Significantly, 81% more global consumers clearly expressed or mentioned the term ‘non-alcoholic’ vs the previous year. This data concludes that moderation or mindful drinking is increasingly popular and spoken about.

Social campaigns are also helping promote non-alcoholic drinks. ‘Dry January,’ ‘Dry July,’ and ‘Ocsober’ are social campaigns promoting alcohol-free months. The good news with these advocacies is they are also charitable, with these projects often raising funds and giving them to their chosen charities. The more people joining the cause, the higher the fund will be.

Although Australians are one of the heaviest drinkers globally, non alcoholic drinks in Australia are still increasing in demand. Without a doubt, alcohol plays an essential role in gatherings and parties, but we are gearing towards much more sober and mindful drinking. Numerous pubs and bars are already incorporating those beverages in their menu to attract the often neglected niche. People are focusing more on connections rather than getting drunk, and with lower alcohol consumption rising people can enjoy the benefits of socialising whilst not feeling left out.

Why stacked leggings, sweatpants set, and corset tops cannot be ignored by girls?

Vaping On A Plane & Airport – What Are The Rules?

Quick Guide: How To Wear Men’s Clothes As A Woman

Five Pairs of Shoe Everyone Should Own

How to Find out the Temper of the Chosen One by Their Musical Preferences?