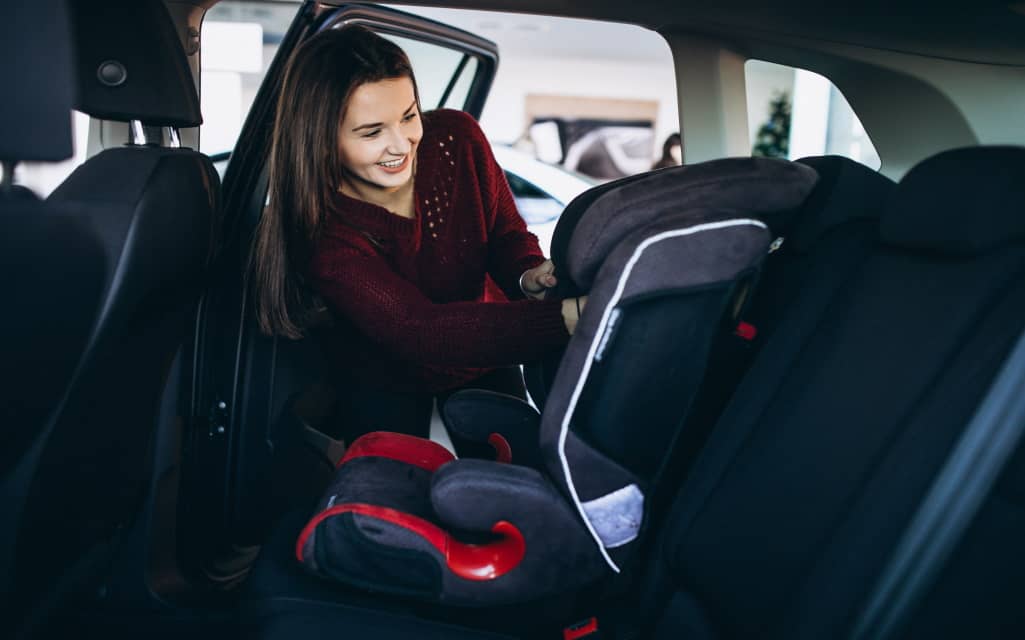 Many new parents ask the question, “What is the difference between a 3-point and 5-point harness?” It is a fact that even the safest car seat cannot protect your child’s life if it is not properly installed and used. In this article, you will find out more about different types of car seats, their safety features and safety tips.

What is a three-point harness?

The harness is the strap system that secures your child in the car seat. The most basic type is a 3-point harness. This consists of two straps that come together at a single point, kind of like an upside-down Y. It has two shoulder straps: one that comes across each shoulder, and a strap on either side of the child’s hips that meet in the middle and attach at a single point on or near the crotch.

3-point harnesses are often used for toddler car seats and boosters but can also be found in some rear-facing infant seats. They are quite common in Europe but are not legal in many countries because they have been shown to increase head excursion in frontal crashes. Head excursion is when the child’s head moves forward upon impact and can cause head injuries or even death.

What is a five-point harness?

A 5-point harness, which is the safest car seat in New Zealand, has two shoulder straps, one for each shoulder, a strap for each hip, and one between the legs. The straps all meet at a single point — typically between the legs — where they’re secured by buckling together with a chest clip or other clasp above that point.

The most important thing you need to know about infant-only car seats is they are never compatible with strollers. However, some can be used as a carrier or as a base for rear-facing convertible seats. The best option for your newborn is the 5-point harness system which protects the baby’s head, neck, and hips.

They can be used both as rear-facing and forward-facing seats and are recommended for children up to two years old (or older). They are convenient because they can be used in different positions depending on the age of your kid. This type of car seat also has a 5-point harness system, which is considered safer than a 3-point system when it comes to better protection during a crash. It protects children up to 65 pounds. Not only does this provide maximum protection for your child for longer, but it also means that you will save money by not having to buy more than one car seat during your child’s toddler years.

It is adjustable as your baby grows. The straps can be adjusted from the front of the seat, so there’s no need to disassemble or reassemble the car seat when moving it from one vehicle to another.

Your child could be thrown around inside their car seat, which could cause serious injuries to their neck, head and torso. In this case, the harness will keep them stationary and prevent them from being thrown about.

A good quality 5-point car seat harness system will keep your kid from climbing out of their car seat while you are driving, which prevents accidents from happening when you least expect them. In essence, it provides more security for your child.

Five points is better than three

A 5-point harness system consists of two shoulder straps, two waist straps and one crotch strap. It secures the child’s hips, shoulders, and pelvis in five places, so it keeps them better protected than the 3-point harness system that only fastens at three points (the hips and shoulders). In other words, this system keeps the child’s entire body in place and supports their head in case of an impact or collision. This is especially important when your child is still very young because their heads are like bobbleheads – they go flying everywhere!

The Steps to Take Following a New Mexico Hit-and-Run

5 Best Yokohama Tires for you Ride