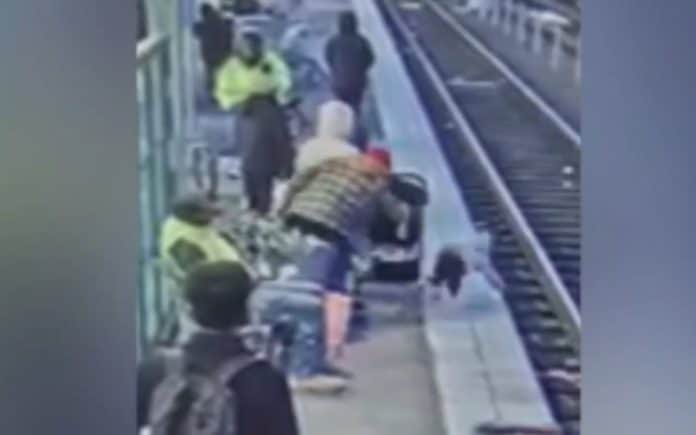 In Oregon, a shocking video captured the moment when an unknown woman pushed a small child standing beside their mother towards the rail tracks. Passengers at the scene were taken aback as people dashed to rescue the kid from danger before any train arrived.

On Wednesday, December 28th, a distressing incident was documented and shared to the American New York Post’s website on Saturday; the video showed an unsuspecting 3-year-old standing next to her mother as they waited for their train at a metro station.

In a split second, Brianna Workman — aged 32 years old — abruptly stood up and shoved the child onto the train tracks before plummeting to her knees.

In a statement, Mike Schmidt, the Attorney General of Multnomah County, Oregon vehemently declared that quick action had been taken to rescue the child and reported that a facial injury was sustained in their fall.

News website reports that Workman was accused of five counts of assault and endangering another individual’s existence.