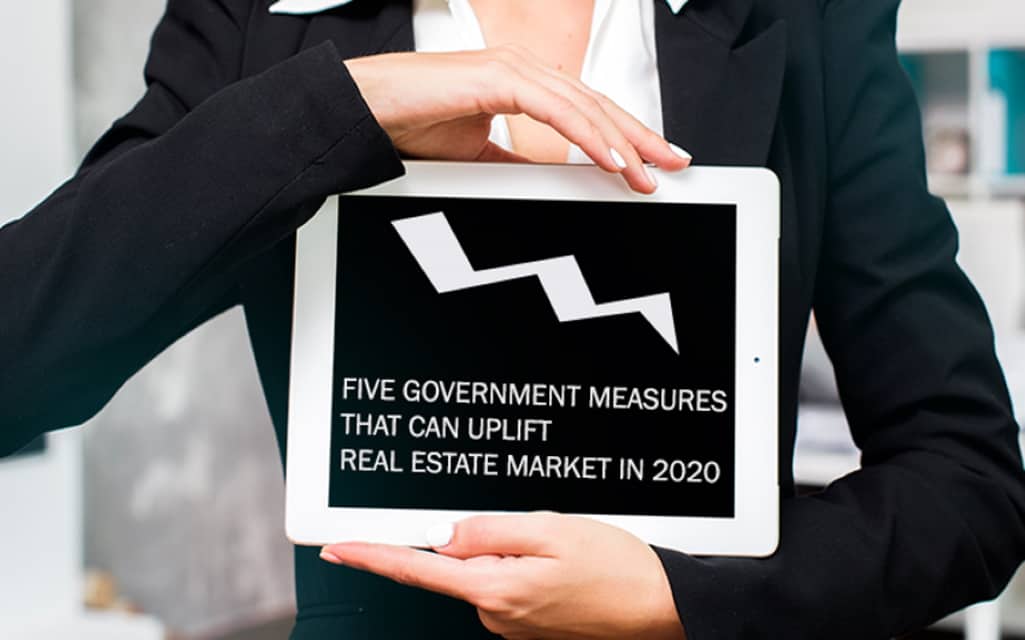 The year 2019 has been disappointing for the real estate sector, failing to witness any major revival. With home sales continuing to dip low for a record time, builders have turned reluctant towards embarking on new projects. Now, multiple government initiatives have been introduced in the past to revive the real estate sector as a whole, but to no avail. Given the current socio-political and economic condition prevailing in India, only strong measures from the Government alone can uplift the fallen sector in 2020. Here’s a look at five such speculated steps that the Government can adapt to for befitting results. Read on to find out more.

Since the Government’s announcing of INR 25,000-crore alternate investment fund for the real estate sector, it has been subjected to a truckload of criticisms and speculations, one after another. The key constraint is the sufficiency, notwithstanding the fact that any shortfall in implementing the fund will only add to the already downtrodden condition of the sector. It is to be taken into note that a lot of time has already been wasted in identifying the key goals of the Real Estate Distress Fund and all who can be benefitted. If you turn to history for government-led initiatives, it leads to a shameful record of failures not being able to deliver the desired outcome within the stipulated timeframe.

The slowdown of demand for homes has emerged on the forefront as a worthy quandary that is turning out to be bafflement for market experts. In the second quarter of 2019, home sales across India depicted a downfall by a margin of 10.8% compared to last year. While Noida witnessed the most significant drop ever (56%), it was followed by Ahmadabad as well as Bangalore, where it was recorded at -36 and -17 percent respectively. Mumbai and Chennai reported another -14 and -2 percent fall, respectively. Comparatively, the home sales showed a steady rise across Gurugram (32%) as well Kolkata (10%). As a matter of fact, Kolkata has shown great interest from interested buyers opting to invest in 2 BHK apartments in BT Road, which are fast becoming important hubs of communication.

A much stronger RERA

It has been well over three years since the RERA (Regulation and Development Act) was launched and subsequently introduced for the real estate market with the primary aim to safeguard a home buyer’s interests. Despite firm implementation promises, a lot seems to be up in the air when it comes to RERA looking to perform its essential and obligatory functions. The reality bites a different pitch where more than one state in India is still reeling under the dearth of a well-to-do infrastructure that can account for the authority to broaden to avenues for RERA laws to function. Furthermore, in those states where such a feat has already been achieved, overlapping jurisdiction issues across authorities have only posed a stumbling block from RERA doing the job right. Only a handful out of the lot; states like Maharashtra and Haryana, where the implementation of RERA is on the stronger side, have reportedly shown improved buyer sentiments. If every other state can walk in their footsteps, there will be no stopping the real estate sector to fall back to normalcy.

There is no denying the fact that there seems to be a lot of back and forth movement involved when a builder is dragged to the insolvency tribunal to face charges of failure to realize monetary obligations. Typically, insolvency tribunals are expected to offer speedy resolutions, but as the majority of cases get into muddy waters of complex law procedures, they tend to extend beyond accepted timeframes. Take the Unitech and Amrapali cases, for instance. The Honourable Supreme Court took the Government one-handed on MSTC matters and its subsequent failure towards auctioning the properties belonging to Amrapali Group. The court also made a point to highlight the fact that in the event of the Government’s failure, they are keen to look forward to a whole new entity that would be able to perform the same task. Now, if you take a metropolitan city like Kolkata for instance, if such a measure were adopted in the first instance, many eager buyers would have already taken a step forward towards investing in upcoming projects in Kolkata. Hence, the need of the hour remains a careful and calculative mediation as a part of proactive movement measures to expedite the whole process and achieve a breeze-fast resolution for one and all.

A clearer perspective of GST

GST and disillusionment are more like two sides of the same coin. Even after a couple of years, it’s been implemented; there seems to be a truckload of chaos and confusion prevailing among taxpayers. Despite reputed builders running across their math to find a sustainable position and better financial health, embracing the newly offered rates makes it easy for them to pay 1% tax for all under-construction projects; that too, without any Input Tax Credit (ITC). The way around is to continue to keep paying an 8% tax along with the benefits of ITC. As such, the home buyer stands clueless about how much they are supposed to pay if they choose to invest in such projects. Hence, government measures alone can stem the rod and walk towards achieving better clarity, which in turn would lull the buyers back to buying homes.

Reportedly, Pune and Mumbai, which are supposedly India’s two biggest real estate markets, accounted for 31 and 21 percent of sales respectively among the country’s top-rated cities. The total number of ready to move housing units that were sold in Q2 2019 showed an 18.5 percent increase (13,378 units), whereas, for under-construction projects, it took a dip by 15.5 percent (58,579 units). According to a recent survey by PropTiger, more than 8 lakh units of housing projects remain unsold, which adds to the gravity of the situation. As buyers turn their back on real estate, adding to the distress of the builders, the crisis of NBFC is adding fuel to the fire. On top of that, builders have to carry the obligation to pay taxes on the property if it has crossed two years, since the time of its completion.

How to Know What Property Type is Best For You