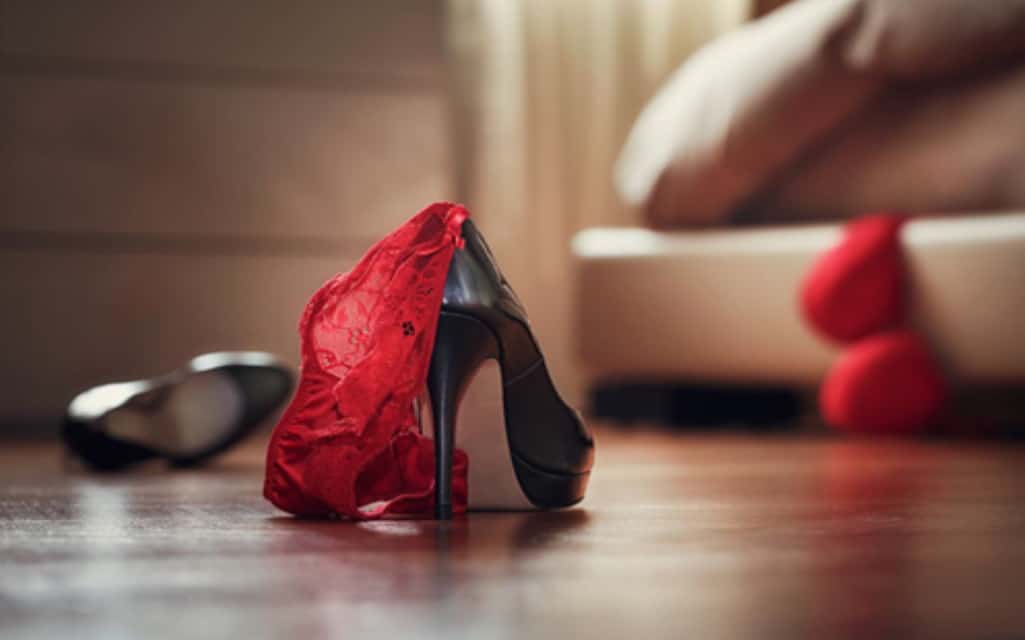 If you’re one of the 97% of American adults who are sexually active, you’ve probably heard some myths about sex that you know are false. It’s pretty clear that after having sex your personal identity isn’t forever changed or anything. Still, there are some sex myths that are just too prevalent to ignore.

If you’ve heard some myths about sexual activity and aren’t sure if they’re true or not, it’s important to clear up misconceptions and lies. After all, you want to have a safe and informed sex life so that you- and your partner- have as much fun and as little worry between the sheets as possible.

Here, we’re going to clear up nine of the most widely-believed sex myths so you can be informed when getting down and dirty!

Let’s be very, very clear: CONSENT IS THE SINGLE MOST IMPORTANT THING IN ANY SEXUAL ENCOUNTER.

Yes, caps, bold, and italics were all necessary there.

The sad fact of the matter is that you might have been misinformed about consent. You might think that your sex is consensual and everything is fine as long as your partner didn’t say no, but this isn’t the case.

Consent is a freely given and enthusiastic ‘yes,’ nothing less. Coercion and pressure aren’t consented. Silence isn’t consented. ‘Maybe’ isn’t consent. ‘Yes’ is the only magic word that means you should go ahead.

2. Sex Needs to Be Spontaneous

Despite what you’ve seen in the media, sex doesn’t always need to be spontaneous! If you have a sexual partner that you’ve already communicated boundaries with and trust, then spontaneity can be a lot of fun sometimes.

Still, it’s important to communicate before sex. If you can’t talk about your sex life with someone, it’s a sign that you shouldn’t be having it with them. Discuss what you’re going to be doing and make sure everyone’s on the same (comfortable) page.

Each woman is not like a flower. Having more (or less) sex does not change the value of any human being of any gender, despite what you’ve been told by others (usually misogynistic) people.

In truth, people with vaginas should become wider and wetter during sex. This is because when someone is aroused, their vagina will do this naturally to accommodate a penis or sex toy more comfortably. Wideness and natural lubrication are a sign that you’re doing something right.

When all’s said and done, the vagina will contract right back to its original position, too. Nothing changes. You’re no less ‘tight’ than you were before, so don’t stress about it!

We’ve all taken sex ed and seen the STD PowerPoint in all its disgusting glory. Still, our school system’s dismal ‘abstinence-only’ education probably didn’t clear much up for you. Like, people have sex. It’s going to happen. Let’s discuss some other options.

One myth is that condoms reduce sensation during sex if you have a penis. Um, no. This isn’t the case. Condoms also can’t ‘not fit’ except in really extreme circumstances- they come in all sizes, and people have literally pulled them over their entire arms before.

Another myth is that you can’t get an STD while on hormonal birth control. This isn’t the case- all the Pill does is prevent pregnancy. Condoms reduce the risk of STDs, but nothing beats getting tested and making sure you’re clean.

Speaking of STDs, you might have heard that virgins can’t have them. This isn’t the case, either, since STIs can be passed along in ways that aren’t sex. Unsterilized/shared needles or contact with blood and other bodily fluids can spread STDs. Some diseases like HIV can even be passed from mother to child.

The bottom line: get tested! There’s no shame in it and it will make sure you and your partner stay safe.

When you have sex, a little nervousness or embarrassment is natural. Profound shame, though, isn’t. This is especially the case when you’re doing the do with a loved one.

There shouldn’t be any shame when it comes to your body during sex. Your partner shouldn’t be embarrassing you about it or making you feel bad. Similarly, your desires, kinks, and fetishes aren’t anything to be ashamed of, either, assuming that consent is freely given and they aren’t causing serious harm to anyone.

Your body is an amazing thing, and you shouldn’t be ashamed of it. Still, if you really feel like a procedure will make you more confident or sensitive, adult circumcision clinics do exist. You can get a safe and effective procedure at one of these locations. Just be 100% sure it’s what you want!

This isn’t reflective of reality. Bodies are weird, and noises like stomach rumbling, skin-on-skin wet sounds, farting, and queefing are normal and natural. If you can’t laugh with the person you’re having sex with, you’ve got the wrong partner.

Tell jokes. Understand that bodies are funny sometimes. Laugh. Sex can be awkward at times but embrace it- love is weird, too, and beautiful.

Speaking of laughing with your partner, a prevalent myth is that sex is a higher and ‘better’ form of intimacy than anything else. This isn’t the case at all. While sex is fun and exciting, it isn’t a substitute for other forms of intimacy, either.

No relationship survives off sex alone. Talking, sharing secrets and dreams, cuddling, going out on fun dates, traveling, having adventures, and reading together in a companionable silence… these are beautiful forms of intimacy, too. Sex is no better or worse. It’s just a different activity, no more shameful but also no more intimate.

We’re not going to argue with you – sex is great. Sometimes, though, it’s easy to believe myths that you’ve heard about it and be grossly misinformed. Believing these lies is sure to put a damper on your sex life, but now that we’ve debunked the most common sex myths, your sex life is sure to flourish.

What Are Best Ideas To Celebrate Wedding Ceremony

How to Show Your Friends You’re Thinking About Them

What You Should Know About Someone Before You Date Them

How to Pick the Perfect Engagement Ring Band Style

5 Essential Tips for Buying Jewelry for Your Partner

Getting over ex girlfriends quickly in a few steps