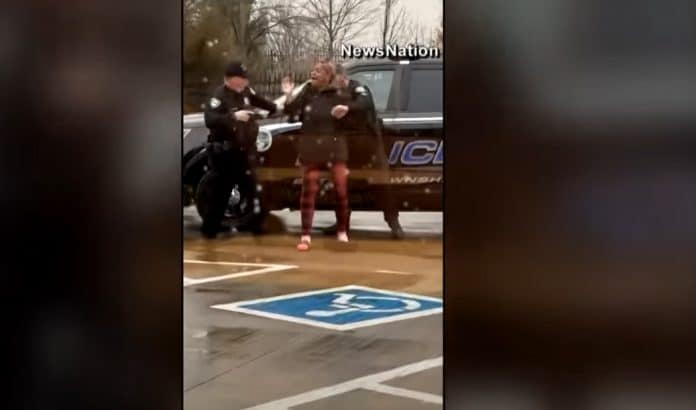 Social media pioneers documented the brutal assault of an American policeman on an African-American woman in Butler, Ohio, USA.

A video clip showed an argument between a woman and two police officers, before one of them punched her in the face.

In addition, the chief of police in Ohio said that the two police officers are under investigation, explaining that the incident began when the “McDonald’s” restaurant complained about a woman in the branch located in the town of Butler, Ohio, who was causing chaos, which required the presence of the police, according to the American CNBC network. Friday, January 20, 2023.

The woman shown in the video is Latina Hancock, while the policeman who brutally assaulted her is named Sergeant Studd Stanley and his colleague Tim Zellers.

Mrs. Hancock spent the night in hospital, suffering from a lacerated lip, two broken teeth and an injury to her back.

The incident comes days after the policeman who killed the black American citizen, George Floyd, in 2020, demanded that his murder conviction be annulled, justifying his claim that the extensive media coverage the file received and the risk of riots prevented him from a “fair” trial.

Derek Chauvin, 46, was convicted of murder by the judiciary in the state of Minnesota in the northern United States, following a heavily followed trial in 2021, and was sentenced to 22 and a half years in prison.

And blacks in the United States complain of brutal treatment they receive from the police.