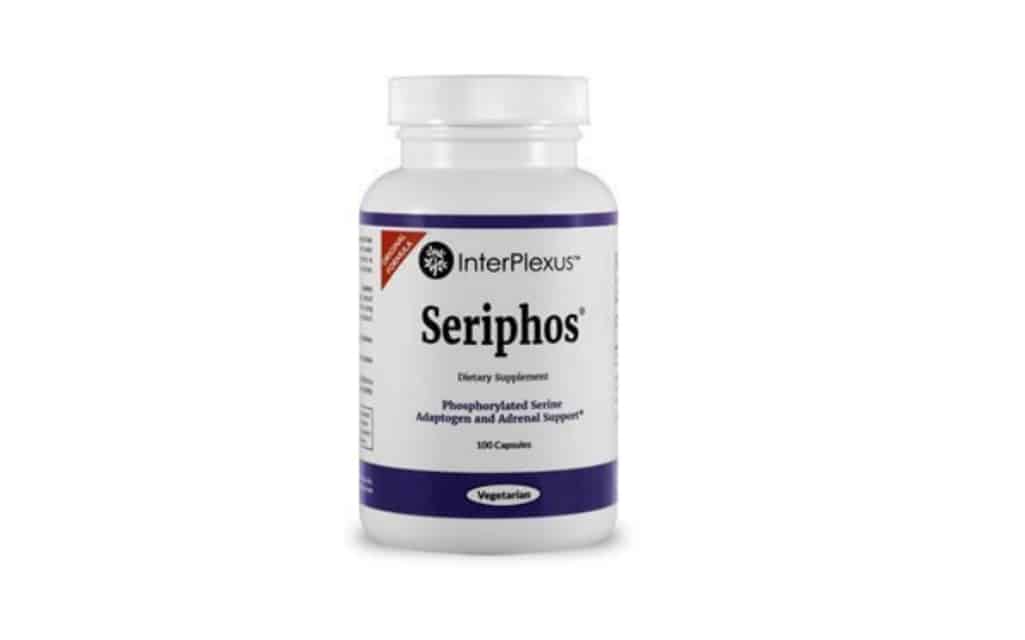 Seriphos is a natural dietary supplement that compromises of phosphorylated serine, the product formed when magnesium and calcium undergo chelation. It is an adaptogen formula that contains vital ingredients for reducing stress. The body is capable of producing phosphorylated serine but prompts for more of it from an external source- most commonly vegetables. The supplement is derived from natural phosphate and plant-based sources.

The primary uses of Seriphos are related to improving mental functions. The supplement aids in lowering stress levels by balancing the cortisol levels in the body, thereby also improving distorted sleep cycles and enhancing the general functioning and health of the brain. For optimal use of the supplement, the dosage is prescribed according to the results of a saliva stress test.

Phosphorylated serine is an important chemical that functions throughout the body and is involved in various physiological processes that occur in the body. It acts as a key substance in cellular function, being an integral part of the cell structure.

According to research, the supplement shows promising benefits in improving the general health of the body. However, phosphorylated serine supplements are not used to cure or treat any medical disorders. The effect of the supplement differs amongst individuals, with some undergoing no change or reaction towards the supplement.

Seriphos has a general calming effect on the body. It counters the overstimulation of the hypothalamic pituitary adrenal gland, hence preventing high levels of cortisol in the body. It improves memory function, attention, and retention of information. Research shows that components in the plant-based supplement like fatty acids help control memory loss in older women. Studies speculate that the use of the supplement in athletes or even as a post-exercise supplement can aid with sore muscles and the feeling of fatigue. When consumed with caffeine, it helps in elevating the mood of the person after strenuous physical activity.

The supplement has shown positive effects when used for Alzheimer’s disease, depression, anxiety, and improving attention. Taking it has shown to improve the early onset symptoms of Alzheimer’s. However, it is not certain how effective supplement is on the later stages of the disease. The supplement has also shown results like improved attention and controlled impulse and hyperactivity in children and teens suffering from Attention Deficit Hyperactivity Disorder (ADHD.)

Patients suffering from high levels of cortisol in the body will be prone to other problems like interrupted sleep, irritable mood, and high-stress levels that sometimes escalate to chronic stress. The supplement is used to help the patient have a night of uninterrupted sleep and improves mood while balancing the level of cortisol, thereby reducing stress. Users suggest taking the supplement 20-30 minutes before sleep to balance cortisol levels and bring the body back into regular cortisol circadian rhythm. Thus, it is necessary to consult your physician when decided to buy seriphos.

Seriphos is taken orally. It is mostly safe in both children and adults. The prescribed dosage is a maximum of 300mg. Side effects like insomnia and stomach effects are common when taking a dosage higher than the prescribed dosage. The supplement can also be procured from the brains of animals, mostly cows. Research hasn’t understood the difference in effect between the plant-based and animal-based phosphorylated serine. However, when procured from animals, there is known to be a chance of diseases like mad cow disease being transmitted to the user. This is why it’s strongly suggested to be consumed only when it’s plant-based.

There is not much research done on the interaction of the supplement with pregnant or breastfeeding women. Thus, it is advised that these women avoid the supplement or consult their medical professional or general physician/gynecologist before considering usage.

Phosphorylated serine should be avoided with certain other medicines. Drying medication like antihistamines and anti-depressants when combined with Seriphos shows a decreased effect as phosphorylated serine increases certain chemicals that nullify or dull the effects of drying medication or anticholinergic drugs. Drugs like AChE inhibitors, used for Alzheimer’s and cholinergic drugs, used for glaucoma, Alzheimer’s and few other conditions, increase the level of a chemical in the body known as acetylcholine. Phosphorylated serine also triggers the increase of the same chemical. Taking these drugs with the supplement could increase the side effects of the medication. This is why it’s very important to consult an expert or your physician before combining medication with the supplement.Seriphos is used widely in doses of 100mg capsules, taken thrice a day for up to 6 months. However, some patients adhere to a 3 month period for best results. For patients suffering from Alzheimer’s, a dose of up to 300mg is prescribed daily in divided doses. The dosage prescribed takes into consideration multiple health and medical factors, which is why patients are urged to get a consultation and follow label instructions for best use of Seriphos, which should ideally be bought from a trusted plant-based source.

8 Effective Tips For Managing Your Migraines